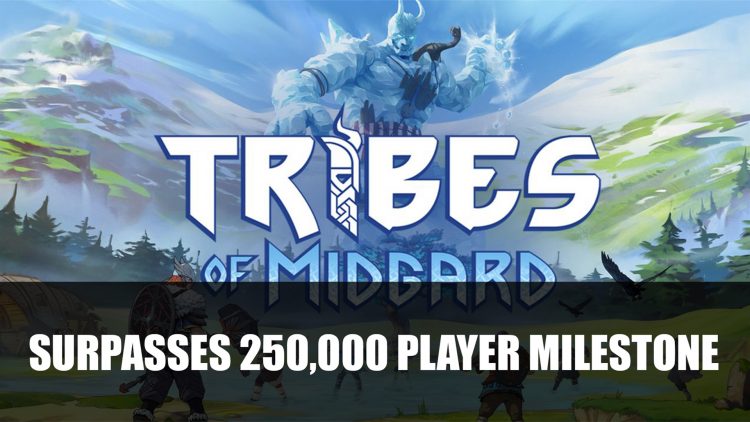 Rogue-like survival Action-RPG Tribes of Midgard surpasses 250,000 player milestone with an impressive 40,000 giants defeated within the first week of launch.

Developer Norsfell has announced their action-survival RPG Tribes of Midgard has now surpassed 250,000 players in just the first week of release, with now 40,000 giants defeated. The game was released at the end of last month, introducing players into a Norse-inspired world that can be explored in single-player or with a group with up to 10 players.

We are very excited to announce that Midgard has been protected by over 250,000 Vikings!?⚔️

Thank you to our growing community for your continued support and for helping us achieve this amazing milestone.❤️ pic.twitter.com/rqPeOG0PVP

In order to celebrate their success, Norsfell and Gearbox have partnered with the One Tree Planted organisation to plant 40,000 trees.

If you want to know what we thought of Tribes of Midgard check out our Tribes Of Midgard Review Impressions.

Tribes of Midgard is now available on PS4, PS5 and PC.

For more news find it here in Nier: Automata And Ghostrunner Are Being Added To Playstation Now and Granblue Fantasy Summer Stream 2021 Livestream Announced For August 7th.