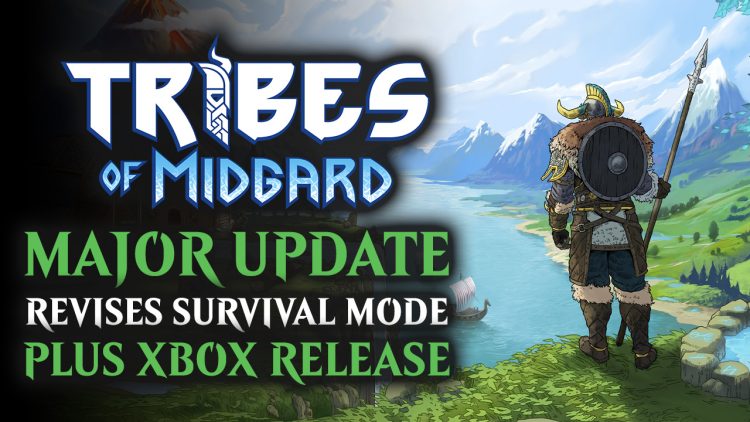 Tribes of Midgard will be getting a massive update to its main game mode ahead of its release on Xbox and Nintendo Switch.

Tribes of Midgard Reinvents the Defense of Ragnarok in Its Survival 2.0 Update

Last year’s Tribes of Midgard was a surprisingly refreshing take on chaotic defense. It was part survival game, part tower defense, all wrapped up in a unique hand-drawn coat of pain. While it was able to fully meld two seemingly separate genres into a nice package, it seems they want to try a new direction this time. 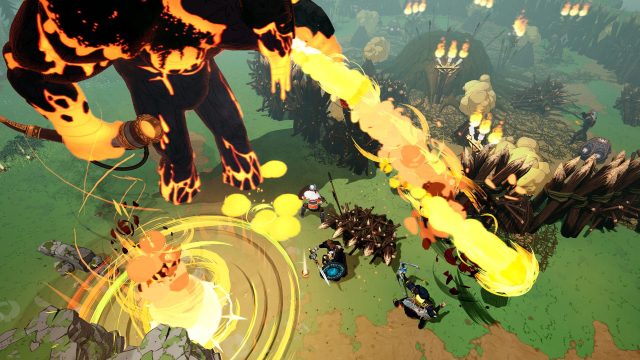 Introducing Tribes of Midgard’s Survival 2.0 Update that contains sweeping changes. You may even say that this new iteration of the survival RPG will look nothing like it did in its release over a year ago. This is all in preparation for the game’s release on the Xbox ecosystem as well as the Nintendo Switch

In the initial launch, Tribes of Midgard players were spawned into an already existing village that was built around the Yggdrasil, or the World Tree in Norse Mythology. Players would then have to go out into the wilderness and scrounge for materials to reinforce their base, and upgrade materials, among other survival game basics. 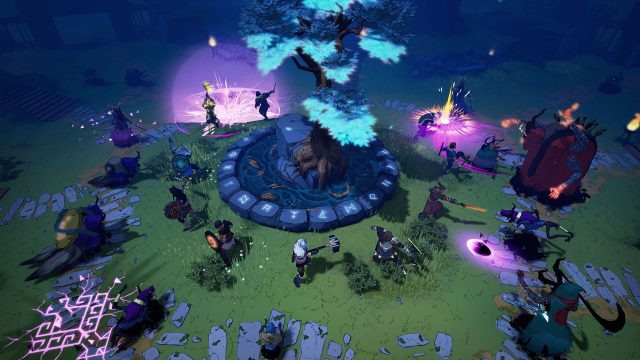 What was unique back then was the day and night cycle. While players could explore the forests, deserts, and mountains freely during the daytime, nights were a different story. Vicious Helthings would assault your village, and Yggdrasil, eager to bring upon the start of the end times. This pattern would repeat every few days until a Jötunn, or giant, would spawn and march towards the World Tree.

These mechanics gave a bit of time pressure on players and would somewhat restrict the free exploration aspect that Norsfell seems to want to focus on.

Most of these systems seem to be going away in Tribes of Midgard’s Survival 2.0 update. Instead of spawning into an established town, players will pop right beside Yggdrasil. It will be up to them to build a base and protect the tree with their lives. Don’t worry though, as the player won’t be on this journey fully alone. Helpful cats Soleyra and Maniklo are back to provide new tutorials (or as they call it, Catorials) to help ease players into the new systems. 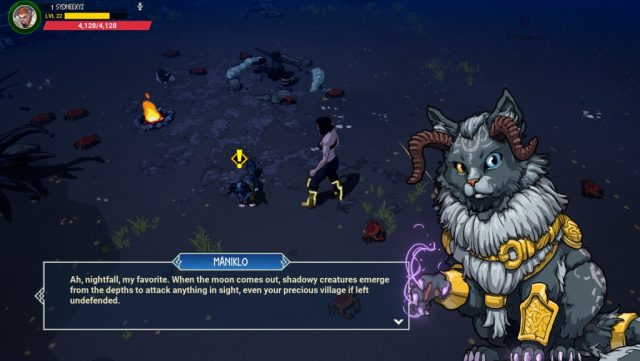 This leads to Tribes of Midgard’s updated crafting and construction systems. Any budding Einherjar will need to make use of the new Allforge. Everything related to building and creating will come from the Allforge. Players can place one for free, and it will enable the construction of Crafting Stations, and more. 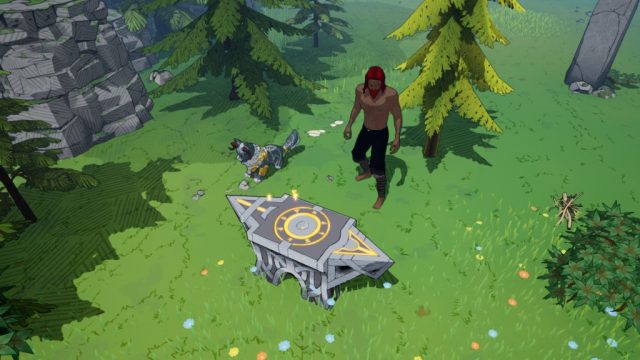 Just like any other survival game, starting crafting stations, gathering recipes, and conducting research will allow players to create new and wonderful things to help defend the Yggdrasil Tree.

The World of Midgard

The lands of Midgard will be different, yet familiar to returning players. As mentioned before, we will no longer start out in a village. That also means that the handy merchants that we’re used to will no longer be available. Players must create everything from scratch with the Allforge. 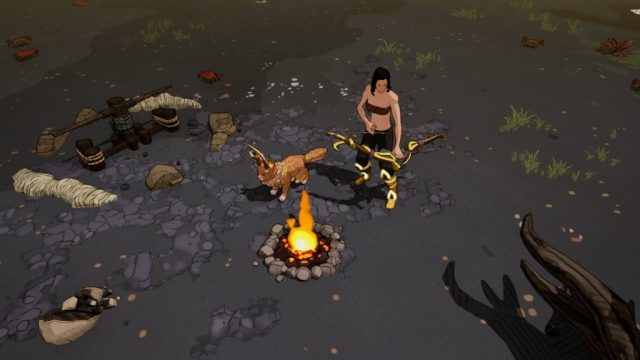 Survive In the Wilderness

Players will also start out on a large, randomized map. They will be able to manage where their base is located (though it is unsure if we can move Yggdrasil around with us). Location is key, and hopefully will be nearby various resource nodes or accessible to sea travel. 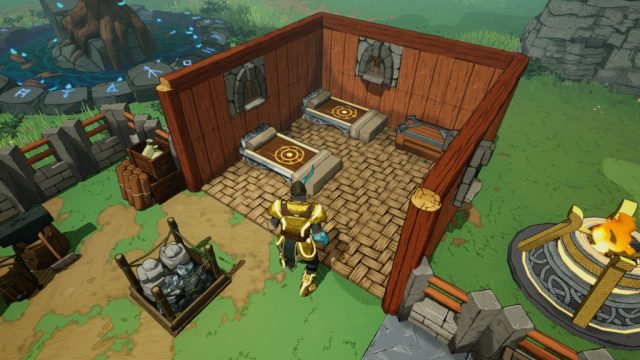 Beds Will Be Respawn Points

To help survive out in the wilderness, players can build beds that will be the same as respawn points in case players meet their untimely deaths. Bonfires will help players keep warm while stuck in the wilderness. Shrines can also be constructed that will act as a fast travel network, ensuring players can easily get to where they need to go.

You Must Construct Additional Pylons

Players will be able to create the village of their dreams with Tribes of Midgard’s revamped construction system. All buildables, whether walls, paths, doors, roofs, or furniture, will be scaled into a 1x1x1 tile. This should let players be able to connect various things and make a seamless and well-built abode. There will also be multiple material types to further customize the looks and attributes of your creations. 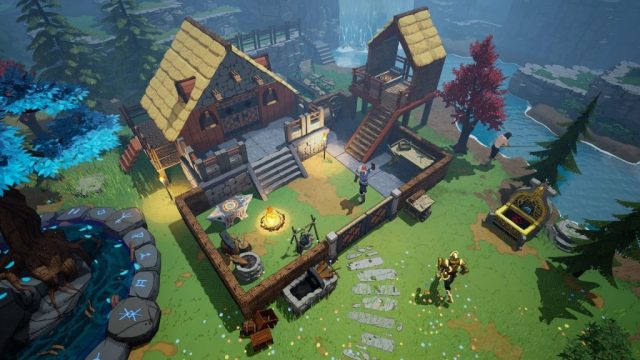 If players want to pack up and move their base elsewhere, they can also freely deconstruct things and move them. They will primarily use a magical Mallet to put things back into your inventory.

Tribes of Midgard: The Inferno Saga

This is just the beginning of the update’s contents. Players will also be treated to more content, such as new Saga Bosses, Fishing, New Passives, Blessings, Equipment, and more.

Tribes of Midgard was a nice sleeper hit back in 2021. In fact, it was able to surpass the 250,000 player milestone. If you’re looking for some tips before the major update drops, be sure to check out our Top 10 Tips for Tribes of Midgard.

For more news, Path of Exile 2 and Mobile Confirmed to Be Playable in ExileCon 2023; Lake of Kalandra Expansion To Release Next Week, Star Ocean: The Divine Force Gets Character Trailers for Albaird and Elena, and Moonscars is a Horror-Themed Metroidvania by Developer Black Mermaid.