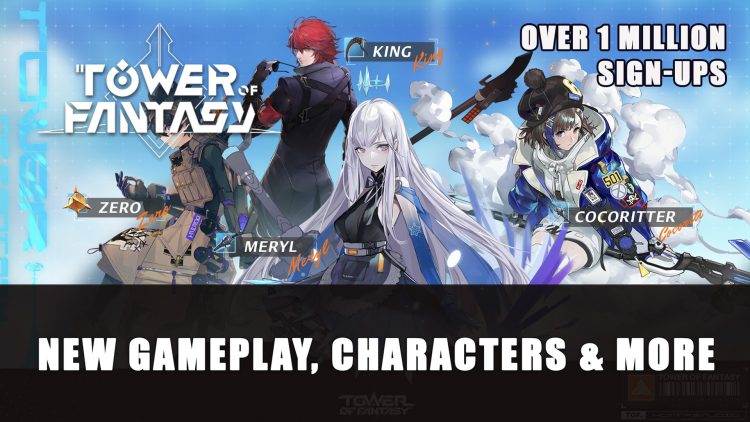 The open-word PC and mobile title has garnered quite some interest as the game has raked in over 1 million in registrations. Along with its milestone, the developer Hotta Studio has unveiled some new details regarding gameplay, narrative and more.

First up is the new trailer celebrating its 1 million in sign-ups. The trailer features a strange and beautiful world of Aida. Not all is well on Aida as resources as now scarce and dwindling energy means being able to rebuild mankind is not an option. But not all hope is lost as a new energy source called “Omnium” found in a comet called Mara seems to be the missing key to all of the world’s problems. However, it’s not quite that simple as Omnium radiation causes a massive disaster when an Omnium Tower is used to capture Mara.

The once lush world is now in disarray and is the backdrop for the brother and sister characters called Zeke and Shirli. These pivotal characters have quite the burden. Shirli possesses a unique power, but unleashed can at any point turn her into a terrible monster. Not willing to find out when this will happen she begs for her brother to put an end to her life. Zeke however while conflicted simply cannot do this. Instead, is on a mission to find help from the Heirs of Aida, who are also an opposing party wishing to put a stop to the Omnium tower demanded by the Hykros. But taking Shirli out of her safe haven, will put her in harm’s way and put forth her monstrous form called Nemesis.

The story has a pretty compelling dark side. The potential threat of a girl on the verge of blowing up has a sense of urgency. Whether this sister and brother duo team will fare better than Genshin Impact? It’s too early to tell.

Also divulged are some new details about gameplay features. Tower will have an anime-inspired set narrative, free exploration in its sci-fi world, quests, mini games and a bunch of activities. Through the in-world guidance system players can join primary and secondary quests.

As players explore the world they will uncover hidden areas and NPCs that can be interacted with. Not only locations but carnival-like islands which makes me think of the party island in Lost Ark. Or a hidden football field, which I guess you can try to score a goal or two. There’s also cooking, which provides boosts to health and powerups with the use of the rice cooker. 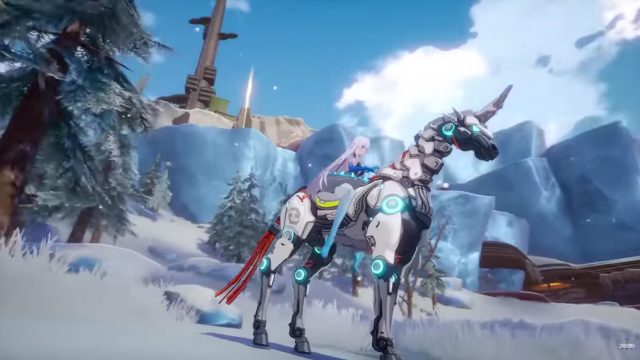 Robo-horses, motorcycles, electro-brooms and more are ways to get around in Aida.

Each weapon also comes with different effects when in combat:

Of course there are plenty of characters to meet in the game which were shown in the most recent trailer.

Meryl – Holds a senior position as a Hykros executor, specialised in S-level missions. Using her sword and combat skills, she’s calm and collected.

Shiro – Who has a reputation as “a lone-wolf ocean maniac”. Passionate about academia especially oceanography. Shiro’s lone travelling to discover more about the ocean has contributed greatly to the understanding of humankind’s understanding of Aida.

Samir – Also a Hykros executor is rather independent and is a bit of prankster. Despite this seems to be well-like among the elite executors’ crowd.

King – A problem solver and usually turns to violence to get his way. Motivated by monetary gains and abrasively upfront. Stands out in a crowd with his dress sense and has a flair for fashion.

Crow – Optimistic, well-natured and up for fun things. Handy with a dagger, and has a collection of daggers which he covets. His humour is on the lame side.

Zero – The computer wizz who had wiped his name from all records. Smart, competitive and disregards things not of use to him.

Cocoritter – Her overtrusting nature is worrying especially when she meets someone for the first time. This combined with her determination to save people makes her a healing talents unstoppable.

Nemesis – The Hyde to Shirli’s Jekyll. Transformed into the Angel of Clemency called Nemesis after being subjected to modifications by the Heirs of Aida. A stark contrast to her quiet demeanour and introverted personality. Nemesis is a “killing machine”, merciless under the influence of the Heirs’ mind control. 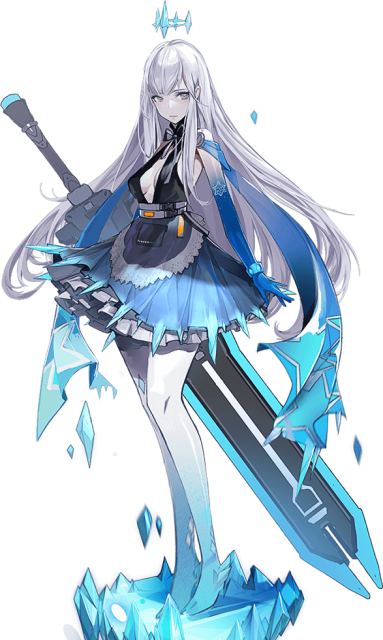 The trailer shows characters whipping around the world aboard a number of different vehicles including hoverboard, motorbike, robot horse and rocket backpack. You get a Genshin Impact feel to its world, but there seems to be a lot of sci-fi tech and setting.

In case you missed it, check out next Tower Of Fantasy Is A Sci-Fi Version Of Genshin Impact, Closed Beta Signups Available Now.

For more news find it here in Xenoblade Chronicles 3 Gets New Look At Ocean Location and Vampire: The Masquerade Bloodlines 2 Development Continues But Won’t Be At PDXcon.