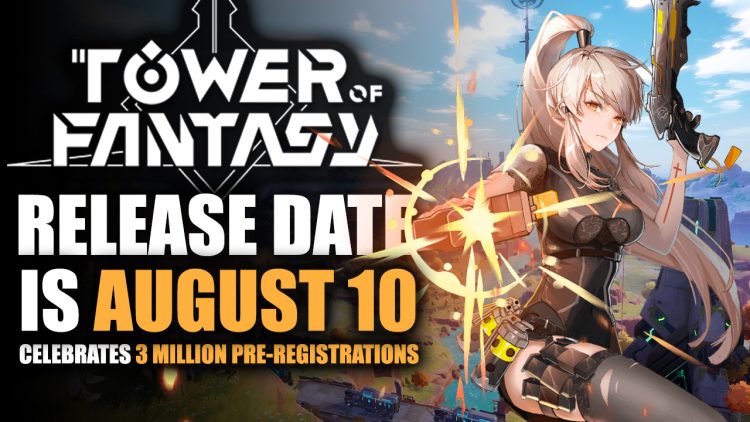 Tower of Fantasy reveals its Global Release date and celebrates over 3 million pre-registrations.

The shared open-world sci-fi land of Aida will soon be available to adventurers around the globe! The official Tower of Fantasy Twitter account proudly announced that the game would launch on August 10, at 5:00 PM PDT or 8:00 PM EDT.

Tower of Fantasy is a sci-fi action RPG similar in many ways to Genshin Impact. The title has many similarities, most notably the art style, but it brings its own unique features to the table. For example, this game has an in-game lore-friendly reason to collect multiple characters.

Players (or Wanderers, as they’re called in-game) collect weapons by purchasing them with special currencies at the Simulacrum. The weapons come pre-installed with “Simulacra”, which are basically AI versions of ancient heroes of the past. This gives the weapons a bit of personality. The player can swap into the Simulacra’s form when equipping their corresponding weapon. 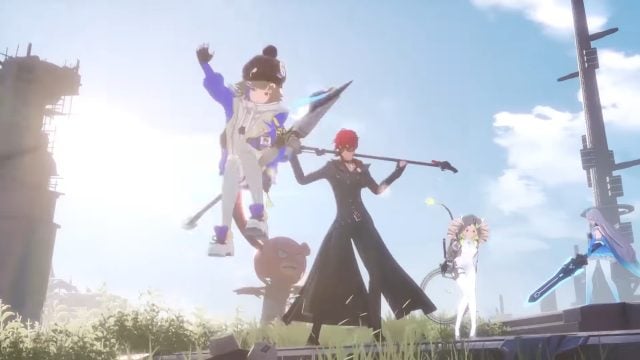 Players will have tons of options in terms of Simulacra, each with its own distinct looks, playstyles, weapons, and personalities. We will have the likes of a highly robotic Nemesis, to a Diluc-styled King (who uses a scythe instead of a greatsword).

What Else is Unique about the Tower of Fantasy?

Tower of Fantasy is obviously inspired by Genshin Impact. But like we stated earlier, it is still its own game. Another example is that traversal in Tower of Fantasy won’t be as limited in this game. Due to its Sci-Fi nature, players will have access to some highly advanced tech that will allow them to traverse the planet of Aida with ease. 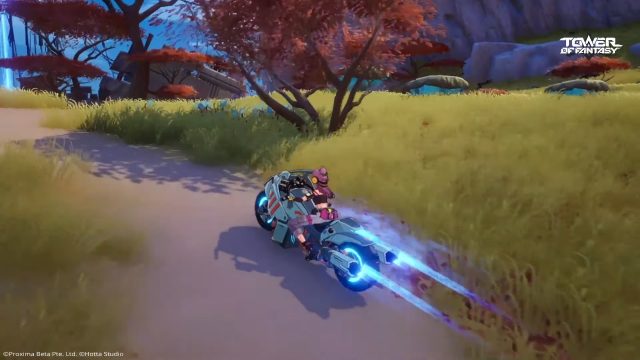 Some of the cooler vehicles include a personal jetpack which allows you to freely fly through the environment. This should be liberating, and quite welcome to players of World of Warcraft or Guild Wars 2 that love their flying mounts.

Players will also have access to a cool motorcycle, a mechanical horse, and robotic legs, to name a few.

Tower of Fantasy also boasts its own in-depth character creator, something that wasn’t available at all in Genshin Impact. Instead of needing to choose between just two looks, like the Traveler, you can truly create your own sci-fi space hero/heroine. 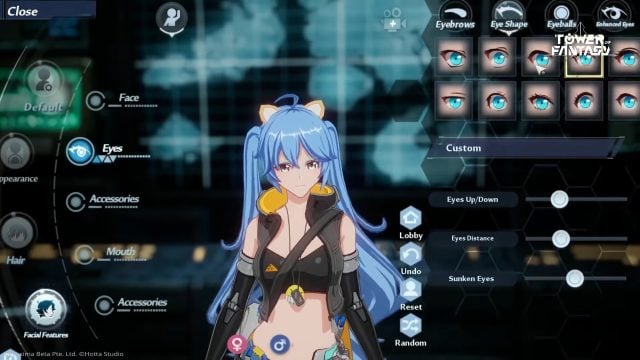 Players can fully customize their Wanderer with many options, such as body type, outfits, colors, and hair layering.

Previously, the game opened up Pre-Registration around early July of 2022. In less than a month, the game was able to attract over 3 million users across all available platforms (PC, Android, or iOS – no consoles as of yet!).

One note on the “Exclusive Avatar” in the 3rd tier: this reward will depend entirely on the platform that a player claims the rewards on. PC players will get Zeke, Android will have Shirli, and iOS will receive Nemesis.

The presence of a “Beauty Restore Voucher” seems to give off the impression that the character customization might be limited to only if you have one of these items available in your inventory.

Tower of Fantasy will release worldwide on August 10, 2022. Preloading begins sometime a day before, on August 9th. Be sure to check out our coverage on some more gameplay details, including a tease of what combat will look like. The game will be free-to-play. Pre-registering from now till before the 10th of August will guarantee your freebies and bonuses.

For more news, check out our weekly news digest, Digimon Survive Discusses the Effects of Karma Towards the World and Your Digimon, and Marvel’s Midnight Suns Introduces Spider-Man With His Quick Abilities.