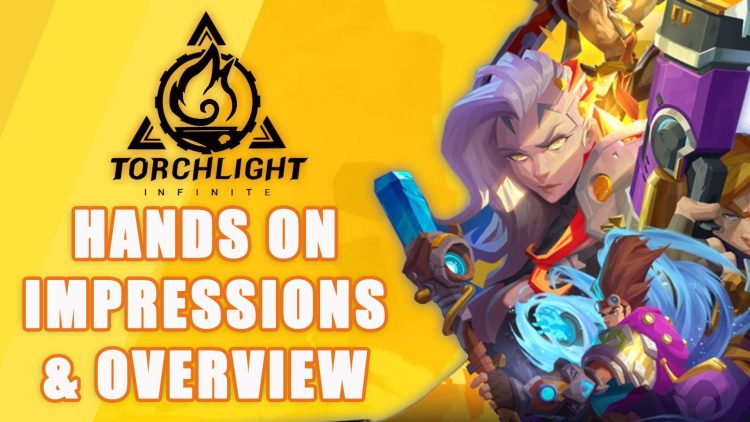 When you mention free-to-play it’s very hard not to associate the term with recent titles. A monetisation system is definitely something to consider when playing a game, but does Torchlight Infinite do things differently? We take a look at the game as a whole, as well as our own experiences with gameplay on PC from the third closed beta.

We got a hand-on look at the upcoming free-to-play Action-RPG Torchlight Infinite. The third closed beta took place this month which gave us a chance to dive into the latest title which sets to release across PC and mobile (Android and iOS). With recent hybrid game releases such as Diablo Immortal, some might be wary of getting invested in game that is based on a free-to-play model. But the developer XD Games is adamant that their game’s microtransactions are focusing on the cosmetic side and doesn’t offer loot boxes that will are considered pay-to-win. It looks like the developer is aiming to follow a similar monetisation system to that of Path of Exile rather than the most recent Diablo Immortal. 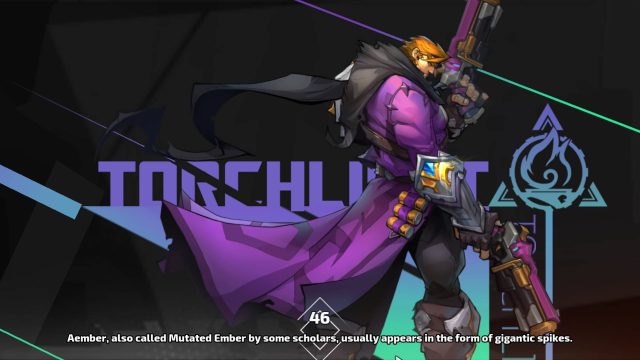 What is Torchlight Infinite?

Torchlight Infinite is a hybrid game, allowing you to play on the same account for mobile and PC. But what you often find with games that offer a PC option, the experience is much more catered to the mobile side of gaming. This is true when you look at the overall UI of the game, it’s pretty simple and during the closed beta still looks more like a mobile game. However, the controls are what you’d expect from an ARPG, letting you use your standard QWER keys for abilities. The option to use keybinds in the CBT3 was not an option, but hopefully will be when the game releases, along with some controller support would be great. 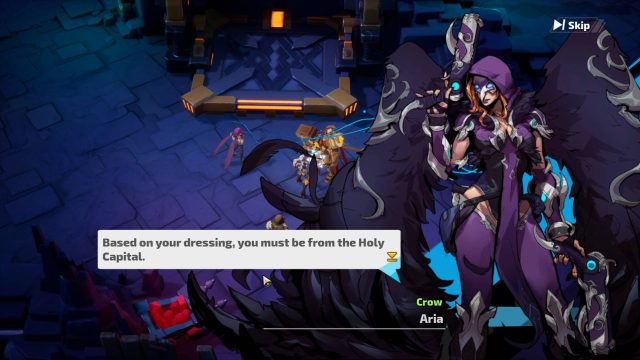 Overall the gameplay is fun, simple and visually I quite like the graphic novel artstyle which is refreshing. The characters have their own set of idle phrases, adding their own charm to their personalities. I will say the screen shake effects were a bit overkill but there is an easy remedy to that as there is an option in the settings to turn that off. The combat was all very smooth and no issues running the game during the beta test.

The combat is fast-paced as there is no stamina to hold you back. Instead, you have a main set of skills to fill your gauge and then an ultimate skill to unleash hell. That along with your life bar and mana is what you’ll need to worry about. While some abilities let you spam to your heart’s content as long as you have resources. Some have a short cooldown such as blink/dash moves that leave a slowing effect in their wake. This brings a bit of balance to the game’s combat, as you can’t just warp all over the place. Same goes for the healing ability, you have a limited amount of instant heals during boss fights. Your health generates over time, but if you need a little boost you can use an instant heal. 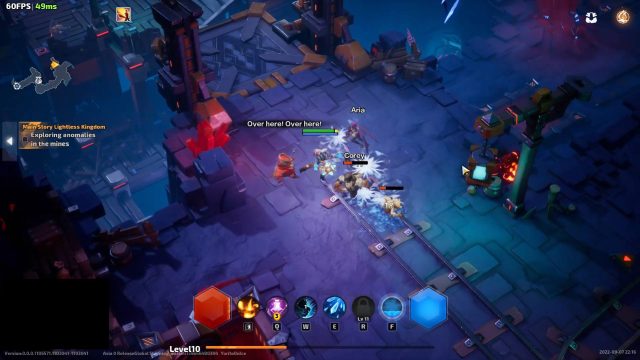 While there was some voice acting and music, being in closed beta there still was some missing audio here and there. The cut scenes add to the drama of the storyline and sound effects give a satisfying feel to skills. I only played the closed beta on PC, and had a smooth experience playing the game. The good thing about the game is you can play on PC and play on mobile using the same account. This gives flexibility in when and how you can play, simply whip out your phone and get monster killing. Then continue where you left off on PC.

The customisation is very flexible, as all characters can use whatever weapon they choose. Staves can even have an offhand such as a Wand or Shield to add further bonuses. The skills can be slotted easily but each character has their own ability types such as the Spacetime Witness Youga who has Spacetime Illusion to help add an illusion of himself that can help assist in fight against mobs. 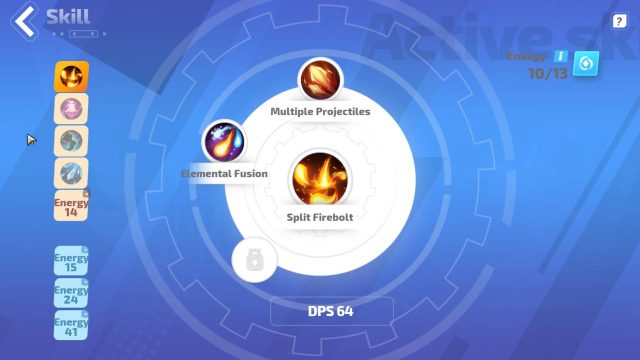 Then there is Gemma the Frostfire type mage, who can use both flame and ice to blast foes with icicle AOEs. The passive skills you unlock one character was available on the other during beta, letting for quite the freedom to slot what you think fits best. When you level up further you will gain the Pact System which adds further customisation such as mana boosts, adding further tailoring to your build. When it comes to gear, it is all loot-based, this goes for affixes, crafting material and upgrades on attributes. 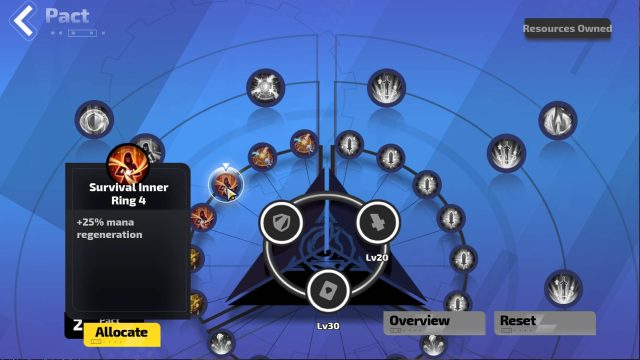 As you might expect from any looter ARPG there is a lot of loot to sift through, and the game even lets you use a simple filter to filter out the drops to make your life a little easier. Comparing gear is very straightforward, and makes it easy to look at what’s best to swap out at a glance. You can then sell any unwanted gear for material dust that can be exchanged at the vendor.

Monetisation and Free to Play

While there didn’t seem to be any transactions that would boost your progression, I did see you do need to use in-game currency to increase your bag slots and there are options to purchase tabs which is similar to Path of Exile. Another item that is purchasable from the shop are revival tokens, but these seem to be earned from the in-game activities, through Merit which are achievements. There also seems to be a boosted auto-pick-up feature which seems to be up for discussion by the devs due to feedback from the current beta according to their latest twitter posts. 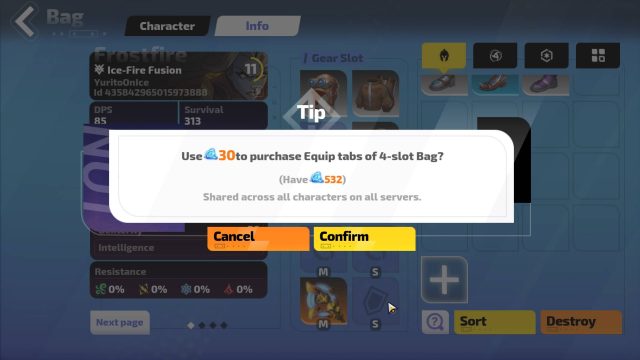 That being said, the developer has been very vocal about keeping progression and content free to play, with grind to progress vision. They also seem to want to avoid timed events that force players to play, but let them play at their own pace. While this all sounds good, we’ll have to see how the system is implemented at launch as things might not be set in stone. When it comes to gear, it is all loot-based, this goes for affixes, crafting material and upgrades on attributes. 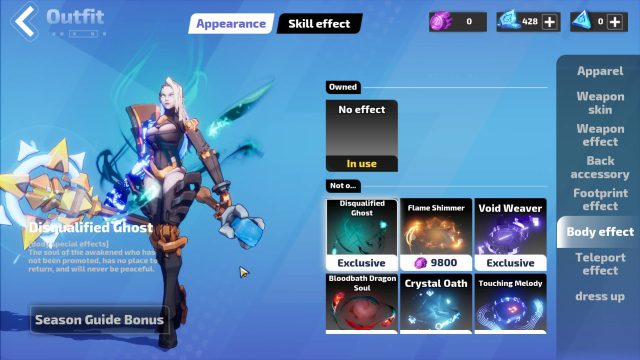 It is clear from the fairly simple UI that Torchlight Infinite is meant to be a hybrid PC/mobile game. But much like titles Genshin Impact or even dare I say Diablo Immortal, mobile hybrids are becoming more common. That shouldn’t deter you from picking up the game as the game handles smoothly on PC from what I’ve seen in the closed beta test, with your standard QWER keys for abilities, and left clicking to move. Hopefully in future versions of the game, there will be a way to re-keybind these for those more at home with other keyboard setups or the use of a controller, as this would work well.

The game is fun to play on PC, which I could see working well with both mobile and PC as a cross-progression game. I do hope that XD Games continues to stick to their vision of a free-to-play game which isn’t hidden by microtransactions in terms of content or progression, avoiding the pitfalls of Diablo Immortal. But instead, giving players options when it comes to how they want to play. Cosmetic purchases could be a fun way to customise characters or even be provided as a game pass option.

Torchlight Infinite’s open beta will be taking place on October 12th so you can check out the game for yourself when the beta starts.

If you’re looking for more previews be sure to check out next The Last Case Of Benedict Fox Preview – Everything We Know So Far and Circus Electrique Preview: An Electrifying Take On Darkest Dungeon.