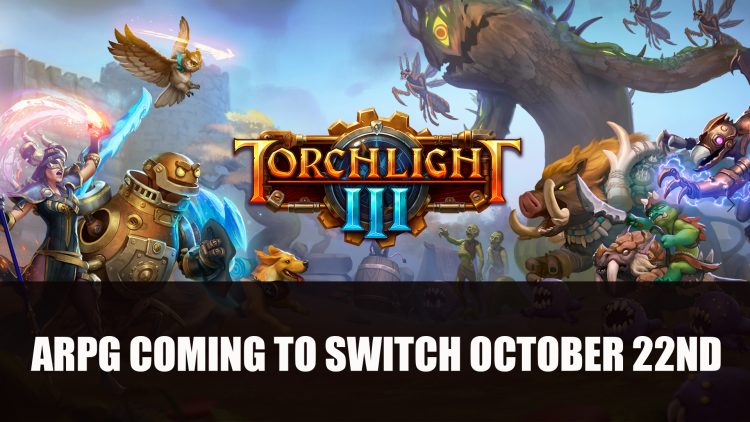 Publisher Perfect World Entertainment and developer Echtra Games have announced the Switch version of Torchlight 3 will be releasing on October 22nd.

This week was the launch of the ARPG Torchlight 3, which combines hack and slash combat, with a vibrant world to adventure through either in offline single-player or on in online co-op with up to 4 players. The game launched on PS4, Xbox One and PC. The Switch version will be releasing later this month on October 22nd.

The title comes with four different classes The Dusk Mage, The Forged, The Railmaster and The Sharpshooter, and plenty of relics to customise your playthrough. Players will also receive an exclusive platform Fairy pet depending on which platform they choose:

You can check out the Torchlight 3 launch trailer in case you missed it:

Torchlight 3 is now available to plau on PC, Xbox One, PS4 and will release on Switch on October 22nd.

For more news be sure to check out next King Arthur: Knight’s Tale Tactical RPG Kickstarter Announced For Consoles And PC and Cyberpunk 2077 New Screenshots Shows Off Different Perspectives.