Welcome to the Top 5 Upcoming RPGs of March 2020! In this series we highlight the Top 5 RPGs for the upcoming month. In this edition, we’re going to take a look at each of the titles, talk a little about each, and then explain why we think they deserve to be on the list. So join me now and find a mixture of some hidden gems and old favorites given a shiny new coat of paint.

Last month‘s top spot went to the roguelike RPG Snack World: The Dungeon Crawl, a hack and slash eye catching title with plenty of snack creatures. This month is full of strategy, battles, mixed in with some action combat and time manipulation. These titles all have a number of different settings but are steeped in lore and legend. Whether you’re picking up a samurai sword, or organising your moves in the next epic war, this month is jammed packed with choice. Without further ado, let’s get into the month of March 2020! 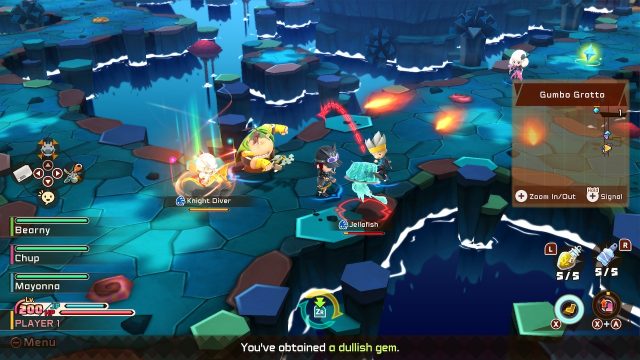 Bannerlord combines action, RPG and strategy in a world where players create their own adventure in the continent of Calradia. At this time, the Calradian Empire is underfire from several factions, all fighting to take control of what remains. You will experience the glory of battle, creating a new world out of the old.

Combat has been given a big overhaul, with new AI melee action, controlling the individual actions of each unit in attacks and blocks. With this update, combat will become more varied, with a number of different fighters on the field. Mount & Blade combat can be both one-on-one as well as large battles, allowing individual, formation and tactical battle. 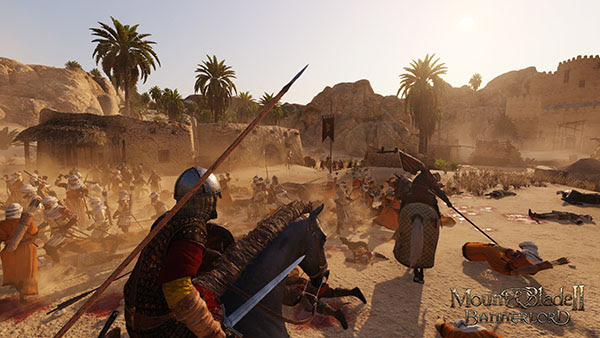 Langrisser 1 & 2 are remakes of the legendary strategy JRPGs. Langrisser 1 follows the story of a young prince Ledin whose home has been taken from him by the Dalsis Empire. He must rise to the challenge of taking back his homeland and the Sacred Sword Langrisser.

In Langrisser 2, the tale follows Elwin a wanderer who gets caught up in a battle between the Descendants of Light, the army of darkness, and the Rayguard Empire for yet again, the Sacred Sword of Langrisser, and the Cursed Sword Alhazard. Which side will you take in this epic battle?

Each title has been upgraded with more modern visuals, gained new music, localisation and have added new characters as well as narrative choices. You can command a choice of 33 playable characters and customise them with a range of 50 unique classes. If that’s not enough, your choices will determine which story ending you’ll receive and there are 22 different endings, plus 560 character outcomes if you combine both titles.

Langrisser 1 & 2 will release together on Nintendo Switch, Playstation 4 and PC via Steam on March 10th. 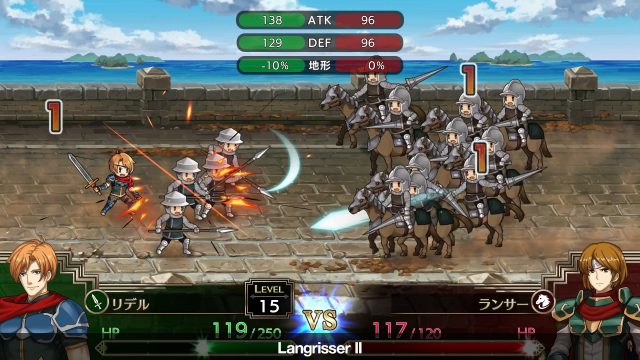 Set in a steampunk and Nordic inspired world where gods and monsters dwell, Iron Danger takes players to the city of Kalevala. This human community has started to rebel against the gods, forsaking their protection. Danger is brewing as a vengeful witch queen is leading her army to take on the lords of Kalevala. You however take on the role of Kipuna, a village girl who has gained ancient powers, allowing control over time and even death. You must wield these gifts to take on the witch queen and her armies.

Iron Danger is a tactical combat title, that uses unique time manipulation mechanics in a turn-based setting. Experience the action in real-time, but also get a closer look with in-depth tactical combat, gaining the best of both worlds. Taking on different challenges with your party of two characters, choose from a variety of skills and use the interactive environments to your advantage. Time doesn’t just flow forward in this world…

Iron Danger comes to PC via Steam on March 25th. 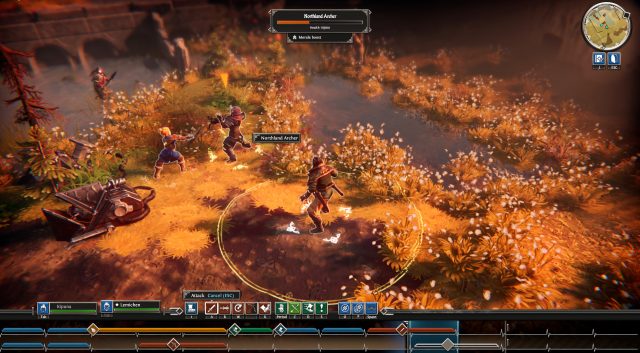 The free-to-play MMORPG Bless Unleashed finally gets…uh well unleashed this March 12th. The fantasy action-RPG introduces players to the world of Lumios, where you will fight mighty monsters, or go against other players, as you search for the truth behind the strange daunting visions and hidden secrets.

Bringing you straight into the action with combo driven combat, with a number of classes to choose from including Berserkers, Mages, Rangers, Priests and Crusaders. You can even choose from Blessing Skills to help tailor your character to your preferred playstyle.

The title also sets to have traditional dungeons, where players will need a group of 5 to fight and gain powerful rewards. Or team up in a duo, to take on Arena challenges, to fight merciless bosses.

Bless Unleashed will launch on Xbox One on March 12th for free. But there are starter packs available to gain early access and some in-game items. 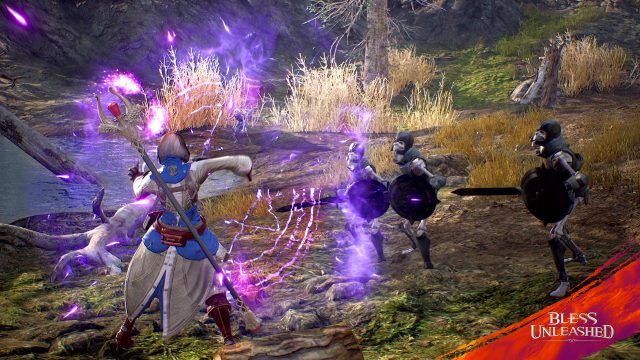 The expanded edition, Persona 5 Royal will be releasing this March, adding new characters, enemies, locations and new content in a revamped version of this JRPG. A whole new school semester has been added meaning there’s further storyline.

By day you’re an average high school student, living in a big city. People you meet will grow bonds that will in turn affect your future. After school however you will gain access to the Palaces surreal worlds using a Metaverse Navigator smartphone, to hunt down the corrupted and slip away as a Phantom thief. Change the minds of the corrupted adults by stealing the Treasure of distorted desire, bringing your own form of justice back to society. But be warned, the treasures you find might not be the way you remembered them.

Persona 5 Royal will release on March 31st on Playstation 4. 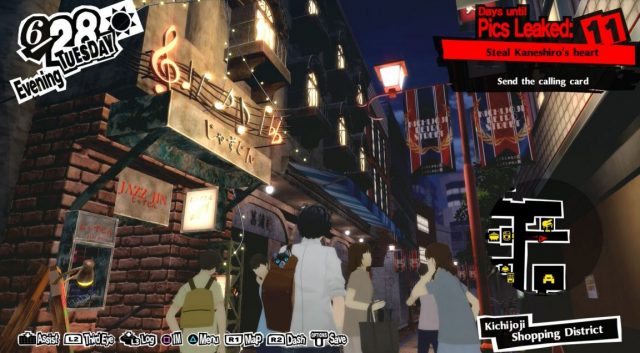 Taking our top spot this month is the Yokai action RPG Nioh 2. In the first Nioh, players took up the role of William, a Caucasian man, thrust into the setting of feudal Japan. Nioh 2 takes a different tact, by having players customise their own character, who is hired to take down Yokai. Taking place before the original, it is a standalone story, set in the late 1500s of the Sengoku-era.

But what’s unique about your character is that they have both human and Yokai in them, meaning they have the ability to use these powers, transforming them into a demonic form with Yokai Shift. Your Yokai form is strong, with many skills and bonuses to choose from.

Nioh 2’s action combat is fast paced, allowing you to hone your samurai skills by defeating Yokai that drop Soul Cores. These special items when purified can help attune your Guardian Spirit, to gain stat benefits and Yokai Skills.

Nioh 2 will release on March 13th on Playstation 4. 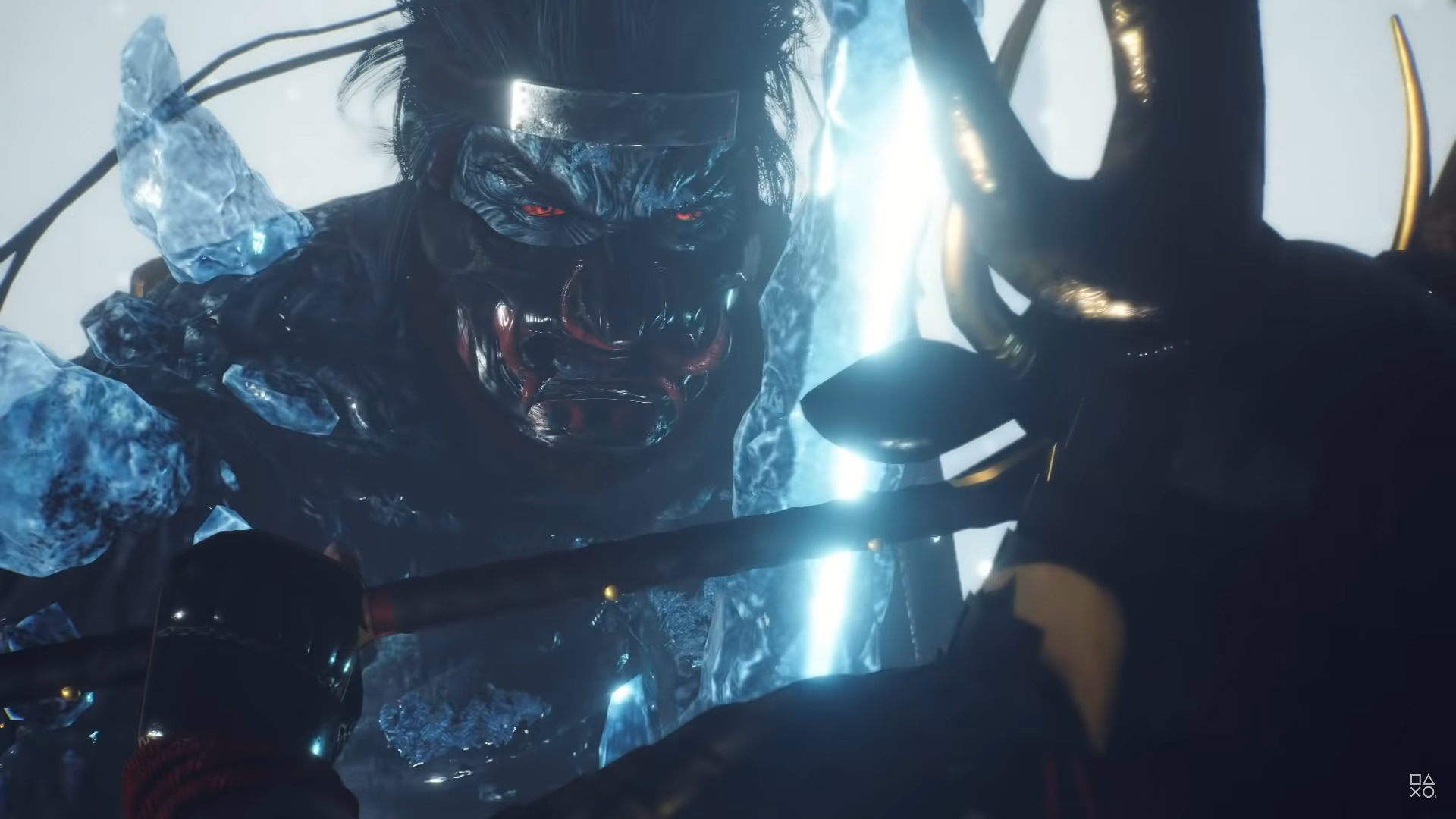 That’s a wrap for the Top RPGs of March. Did I miss your favorite March release? What games are you most looking forward to this year? Please let us know in the comments below.

You can also check out the Top RPGs Upcoming RPGs of February 2020. Want to know what RPGs we’re excited about for 2020? Read/watch our Fextralife’s Top 10 Upcoming RPGs Of 2020.