Developer Bioware has been sharing concept art here and there over the past few months for Dragon Age 4. Most recently sharing a mage complete with a magical staff in a rainy alley of Minrathous, and before that an archer. This time executive producer Christian Dailey has shared a piece that features a Grey Warden on his Twitter.

Grey Wardens are an order of elite fighters who have a mission to defeat the Archdemon and rescue the world from Blight. This was an outcome in Dragon Age: Origins where players could become one themselves. This isn’t the only time the Dragon Age series has seen them either, they have also popped up in Dragon Age Inquisition.

While Dragon Age 4 details are still rather thin, including the official name for the game, previously it was revealed that it will be a single-player only title with “no live service” features. Previously is was confirmed by the Bioware: Stories and Secrets from 25 Years of Game Development book that Dragon Age 4 will be taking place in Tevinter.

For more on this news find it here in Dragon Age 4 Concept Art Teases Grey Wardens. 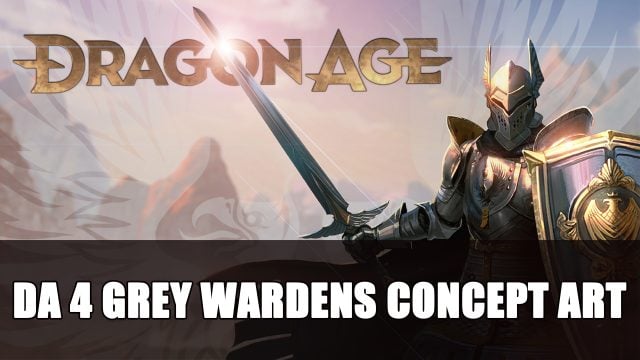 Playing homage to May 4th, Biomutant releases its own Star Wars inspired trailer called ‘May The Furrth”. The latest trailer for Biomutant might look very familiar as it uses May 4th or “May The Furtth” as inspiration for this trailer. Taking advantage of Biomutant’s character creation system which can even make the main character look kind of similar to a young Yoda, (but just not green and without Yoda’s iconic speech patterns) the main character in this feature can be seen exploring the world with what looks to be a toilet brush in hand and the trailer even gets a classic end screen.

Biomutant’s release date is fast approaching, as it will launch later this month. It will let players create their own furry creature, complete with DNA options, and character features that are influenced by its physical appearance including head size correlating to intellect. As for how you will defend yourself from the number of fuzzy but dangerous creatures out there, you will use martial arts styled combat with a mix of shooting, melee and powers that stem from mutation.

For more on this news find it here in Biomutant ‘May The Furrth’ Trailer Celebrates Stars Wars. 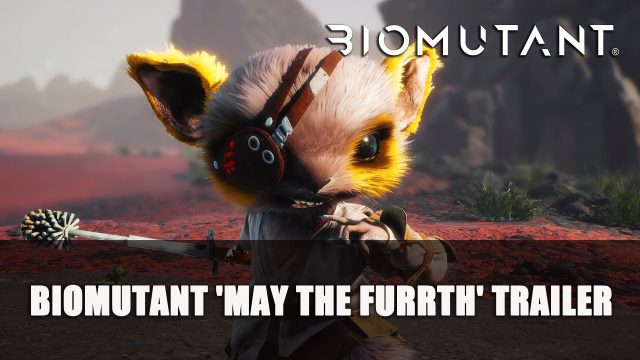 The global launch for the upcoming mobile title Diablo Immortal is all set for this year 2021 according to a recent earnings report Q1 for Activision Blizzard. It revealed the game had entered “its second phase of testing and is on track for global release later this year”.

While this comes straight from the Activision Blizzard earnings report, there is no official announcement yet from Blizzard about the actual release window, but this looks promising.

Diablo Immortal first revealed the mobile title back in 2018, working with NetEase on the free-to-play game. This is the first time Blizzard has mentioned a release window for Diablo: Immortal. Of course this isn’t the only Diablo title in the works, with Diablo II: Resurrected the remaster of the original title being released later this year, and Diablo 4 currently in development.

Blizzard recently announced it was moving into the closed alpha for Diablo Immortal, which included the Crusader Class which mixes both casting and melee, wielding a flail and holy magic as their weapon of choice.

In case you missed it you can check out our Diablo Immortal Gameplay Impressions: Tech Alpha Classes, Controls – Should you play Diablo Mobile? video.

For more on this news find it here in Diablo Immortal Is On Track For Release This Year 2021. 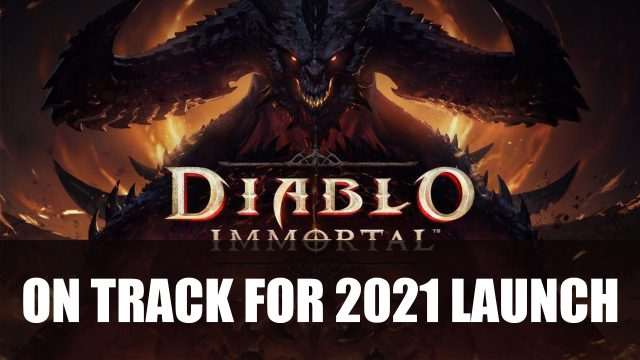 Pathfinder Wrath of the Righteous

Owlcat have revealed the official launch date for Pathfinder: Wrath of the Righteous which will be releasing on September 2nd 2021 for PC via Steam and GOG. You can wishlist the game on your preferred platform today. The developer also has plans for consoles in the near future according to the press release.

The isometric CRPG Pathfinder: Wrath of the Righteous currently has a second beta running on Steam for backers who supported the Kickstarter or Slacker Backer campaigns for the relevant tiers. Those who had access to the first beta simply have to update their file to join in on the second beta. This will be the final version beta before the official launch of the game.

Those who plan on playing the second beta will be able to learn more about the core experience of Wrath of the Righteous, which includes Crusade gameplay. Crusade lets players lead their own armies, taking on the role of Crusade commander, to fight against the demonic forces through strategic army management and tactical turn-based combat. This feature is inspired by the Heroes of Might and Magic III classics.

Pathfinder: Wrath of the Righteous will launch on PC via Steam and GOG on September 2nd 2021.

For more on this news find it here in Pathfinder Wrath Of The Righteous Releases September 2nd On PC. 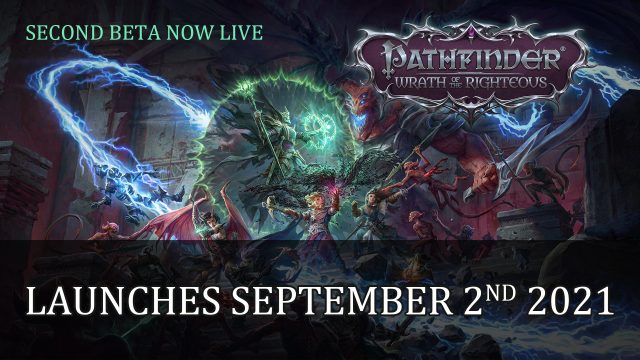 This month is the release of the remastered trilogy Mass Effect: Legendary Edition and Bioware are going all out. They have announced a “bonus content download” which includes not only the soundtrack, but artbooks, digital comics and a separate online tool that let’s fans of the series create their very own customisable cover art.

That’s right, with this online tool you can choose your own two favourite squadmates, even picking your own morality: Paragon, Renegade or Neutral. You can add even more with Trusted Companion, the Cavalry and the Backups. There are also five Mass Effect locations, and once you’re done choosing your selections it puts it all together, downloadable as a 4K wallpaper, box art or for sharing on social media.

The bonus download includes an 88 track soundtrack with music from the Mass Effect trilogy, digital art books from Mass Effect 2 and 3, plus two digital comics from Dark Horse Comics and a high-resolution “digital lithograph” of the Normandy. The bonus content will available until “the earlier of May 31, 2021 or until download capacity is reached” according to the website.

For more on this news find it here in Mass Effect: Legendary Edition Gets A Create Your Own Cover Plus Bonus Content For Download. 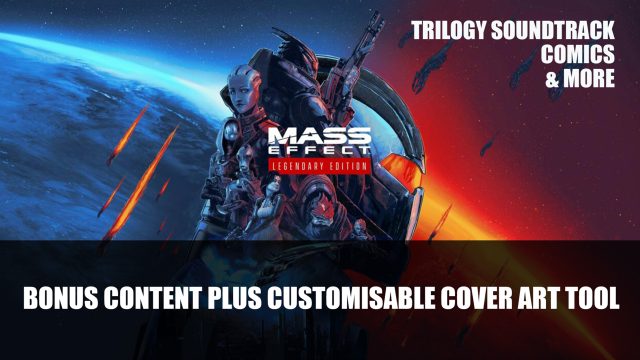 The original Baldur’s Gate: Dark Alliance got a re-release for consoles Nintendo Switch, Playstation 4, Playstation 5, Xbox One and Xbox Series X, this week. It released on May 7th and was announced by an IGN trailer which previewed the updated graphics.

The game is available for $30, with backwards compatibility for consoles Playstation 5 and Xbox Series X. The title sets to gets a  4K upgrade, but with no other significant graphical upgrades.

The re-release adds updated high-resolution graphics but will still preserve the presentation of the original Baldur’s Gate: Dark Alliance. The game is a top-down Action-RPG with two-player co-op, described as a hack-and-slash classic which originally released on Playstation 2 and the original Xbox.

For more on this news find it here in The Original Baldur’s Gate: Dark Alliance Re-Releases In 4K For Consoles This Week. 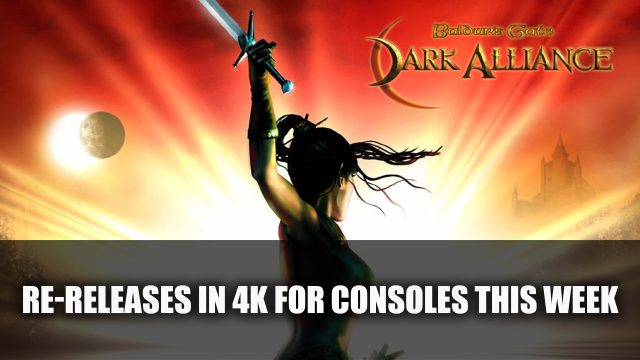 The latest trailer for the Elder Scrolls Online Blackwood, the upcoming expansion releasing this June, showcases the new Companions feature. If you haven’t heard, ESO will be getting a major addition with the next chapter, not only diving into the Gates of Oblivion, but players will have their very own side-kick of sorts to accompany them on their adventure.

The new trailer previews the first two companions coming to the game, Bastian and Mirri. This ultimately means you will “never adventure alone” again, well only if you want to. It also shows off some stunning scenes from Blackwood, which concentrates on the schemes of the Daedric Prince Mehrune Dagon, taking place 800 years before the events of The Elder Scrolls IV: Oblivion.

We had a peek at the Companion system not too long ago in our Elder Scrolls Online Blackwood: Hands-On Companions Preview, so if you want a better idea of how these newfound friends will work in the expansion, be sure to check that out.

For more on this news find it here in Elder Scrolls Online Blackwood Companions Trailer. 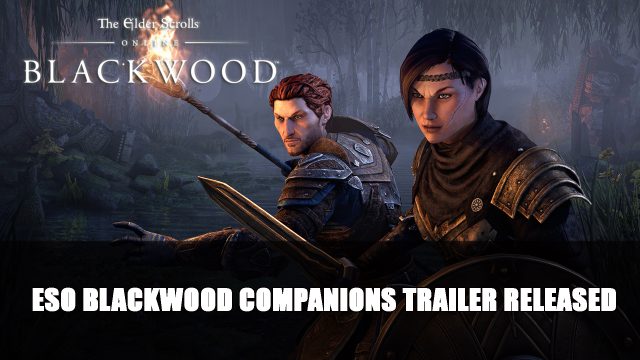 Blizzard has announced the Burning Crusade for World of Warcraft Classic will be releasing on June 1st. The original WoW expansion will be getting a few tweaks here and there. The Burning Crusade Classic is a recreation of WoW’s first expansion, featuring Outland related content, all with a more or less original experience of leveling and gearing.

This time Blizzard aims to alter the experience with “some changes” to make Burning Crusade a more longterm playable option according to lead software engineer Brian Birmingham. These include improving matchmaking for the new Arena mode, which has 2v2, 3v3 and 5v5 PVP competitive matches. The raids which include Tempest Keep and Sunwell Plateau will also be designed with a little more challenge.

Pre-patch rolls out May 18th, which is when players will need to make a choice whether to keep their character on Classic servers which stays with the level cap of 60, or move to the new servers for Burning Crusade Classic.

For more on this news find it here in World Of Warcraft Burning Crusade Classic Launches June 1st. 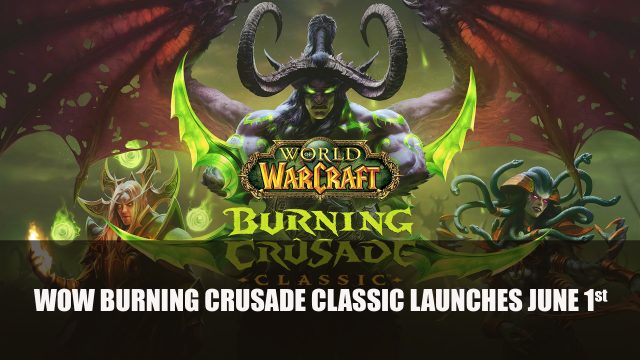