Happy weekend from Fextralife! If you’ve been too busy to keep up on the latest in RPG gaming news or are looking for a refresher we’ve got your back. Let’s take a look at the comings and goings across the Fextralife Wiki Network. Check out the video above and read on for the text!

Return to the Wasteland on September 26 with Fallout 4: Game of the Year Edition for PC, PS4 and XBOX One. With all the latest gameplay updates (including Survival mode), graphical enhancements, the ability to play Mods for free on PC and consoles, plus all official add-ons included, this is the ultimate way to experience the award-winning post-nuclear adventure from Bethesda Game Studios. Fallout 4: Game of the Year Edition includes the fully updated original game along with all six add-ons: Nuka-World, Vault-Tec Workshop, Contraptions Workshop, Far Harbor, Wasteland Workshop and Automatron 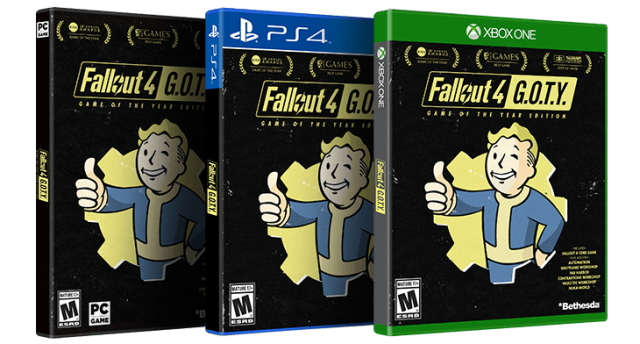 In a first reveal with Game Informer, we learned that a new Fallout Board Game is coming from the iconic Fantasy Flight Games. The Fallout Board Game takes inspiration from the video games when it comes to gameplay but features its own unique storytelling and mechanics. The game is a 1-4 player affair where you will choose 1 of 5 playable characters ranging from a Wastelander to a Brotherhood of Steel member. The game plays out across a modular hex board that matches from different scenarios and settings which all come from the video games.

You will ally with factions and other characters, accumulate weapons and armor and level up through a variation of the SPECIAL system. Battles are resolved through a dice mechanic that integrates the VATS targeting system by having body parts on the dice. There is no release date set just yet, but we can expect it sometime in the next few months. 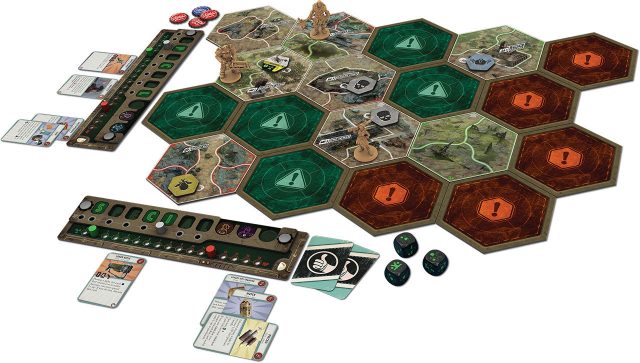 Hellblade: Senua’s Sacrifice launched this week on the 8th of August for PS4 and PC. Be sure to check out there final Dev Diary that takes a look back at the years long development cycle that brought the vision of Hellblade to life as an indie game with AAA production values, and if you need help with the game’s Trophies or Achievements we also have a Trophy Guide up on the Blog for your convenience. 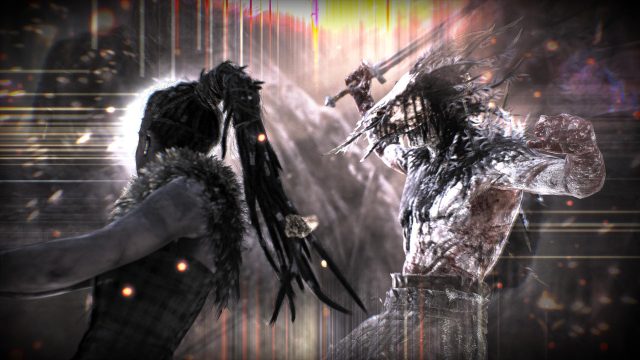 Capcom revealed the launch day for western release of Dragon’s Dogma: Dark Arisen on Xbox One and Playstation 4. Whilst Japan will be getting the game on October 5th, North America and Europe get to play the Arisen on October 3rd! This edition includes everything from the original game, along with all additional content from the Dark Arisen expansion. 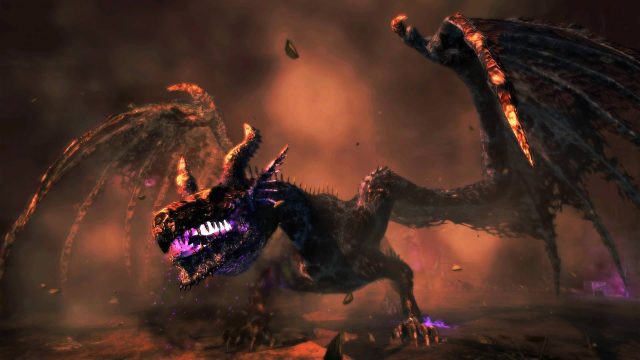 We went hands on with Blasphemous this week. The game has recently headed into an extended backer period on Backerkit through the end of August, and is up for further funding for those who missed out on a chance to back and secure early access as the game is developed. Check out our thoughts on the demo, that is free to anyone who backs the project, on the Blog. 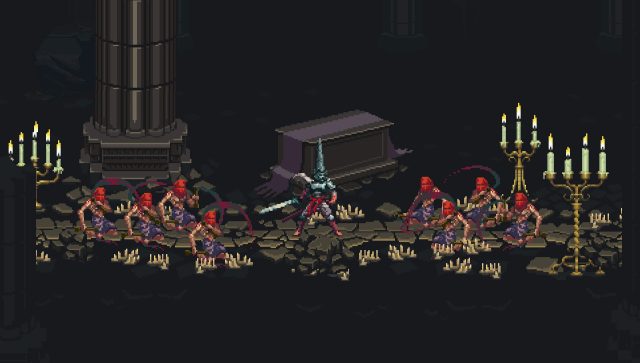 On Monday, on From Software’s Twitter account they revealed a new series of official merchandise from Dark Souls that will be sure to make you the talk of the ball. They will be available to ship between November and January. 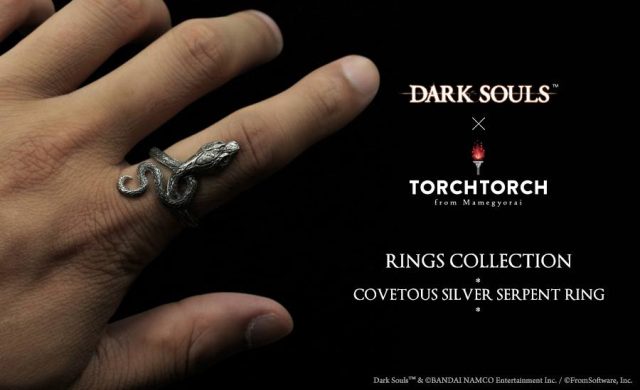 Additionally you can also check out some of the other accessories already available (some of which are already sold out!): 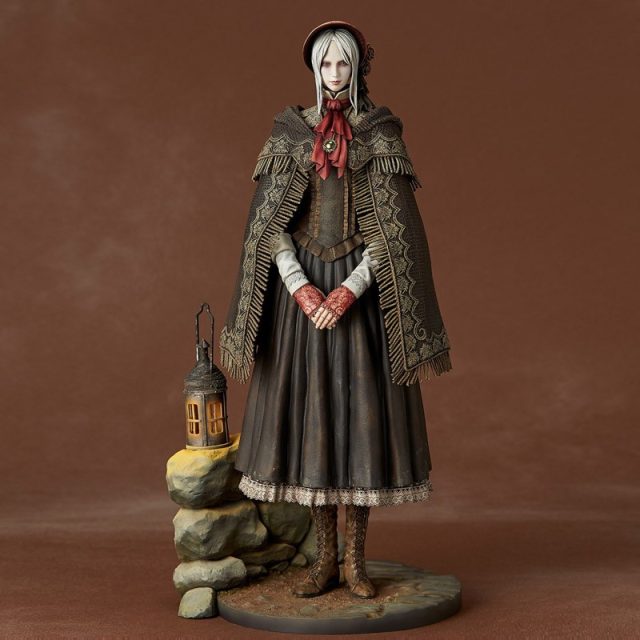 Firaxis has detailed the new soldier bonds mechanic that is being introduced to XCOM 2 in the War of the Chosen DLC, which releases August 29th for the PS4, Xbox One and PC. With the upcoming expansion, soldiers bonds will develop in the heat of battle and can now develop additional abilities for your units. For full details on this new mechanic please see our XCOM 2 article detailing all the changes. 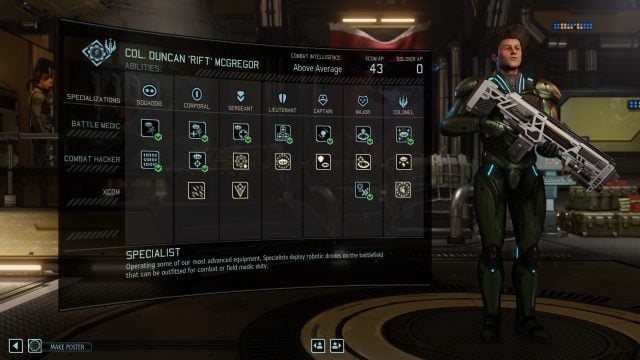 Gearbox Software, developer of the Borderlands series, has unveiled a new game with the codename Project 1v1 and is inviting players to participate in a closed technical test this summer. Project 1v1 is the code name for a top-secret, in-development, competitive first person shooter. According to Gearbox, “Project 1v1 combines the action of fast-paced 1v1 first person combat with the metagame strategy of a collectible card game.” Gearbox is of course no stranger to genre mashups with their most recent release Battleborn a fusion between first person shooter and a MOBA. Stay tuned for more information!

Square Enix has announced that the closed beta for Dissidia Final Fantasy NT will take place between August 26th and September 4th. The PS4 game that brings Team Ninja’s popular arcade only game to the masses is scheduled to release in early 2018. You have until August 15th to sign up for the beta by visiting their registration page. If you’re in NA or LATAM you can register for the closed beta by visiting this page, and if you’re in PAL you can sign up for it here. 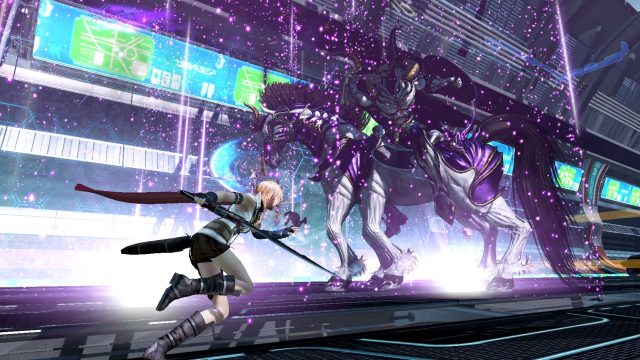 Sony and Guerrilla Games have announced that The Frozen Wilds, the first DLC for Horizon Zero Dawn will release on November 7th, 2017 for the PS4. Set in icy territories to the north, this new chapter of Aloy’s journey adds a new area to explore, new mysteries to uncover and new, highly lethal machines to take on. The details as to specifically what is new in the content are still very general, but we are promised to receive more information soon. 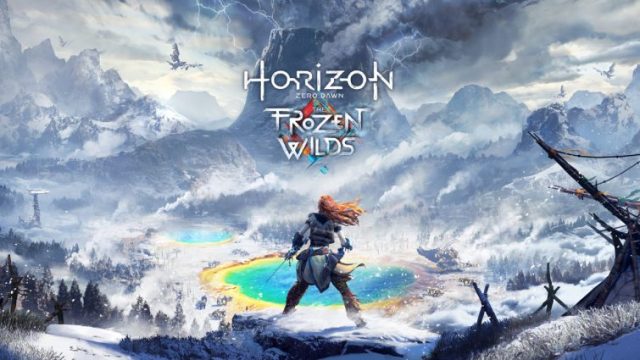 Bungie has laid out the contents and details of the Destiny 2 PC beta, which is running from August 28th – 29th. PC players have been waiting patiently, but there time is almost here.

Here’s what PC players will be accessing:

Javelin-4 is going to be a brand new map for players, so it’s not just retreads for the PC crowd. Otherwise the contents are the same as were available in the console beta.

Koei Tecmo and Team Ninja have released a new patch for their Samurai meets Souls RPG, Nioh. The patch makes some additions and the usual changes, but notably a new wrinkle in the game’s PvP mode. The new feature to PVP is called: “Battles of Skill”. In these battles, you forego your current setup and instead fight using different equipment, abilities, stats, and shortcuts. Furthermore, Crest boons, Passive skills, Prestige titles, and Mystic Arts are disabled. Your Guardian Spirit’s level will also be changed to a set value, but all Guardian Spirit protections will be active. All changes are temporary, and are only applied during a PVP battle.

See the Blog article for the full list of Patch Notes. 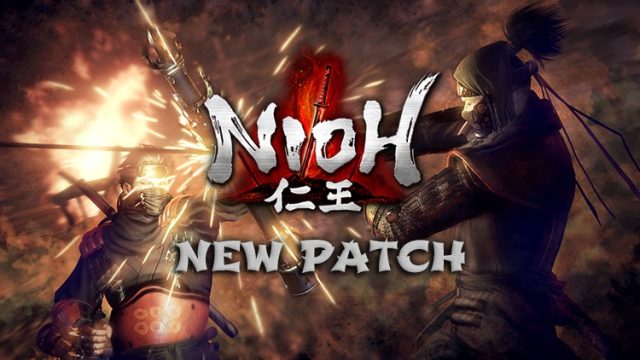 Warner Bros. and Monolith have revealed some new info regarding Middle-earth: Shadow of War’s economy, specifically microtransactions. The game’s microtransactions will be available in an online store called the Market. You’ll need to be connected to the internet to access the Market. To purchase items, players can spend Mirian or Gold throughout the game as one progresses. To find out more information about what you can purchase and how, please see our article on the blog. 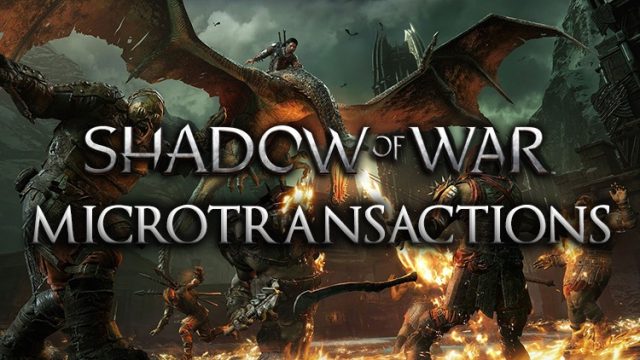