Welcome to the Top 5 Upcoming RPGs of October 2022! In this series, we highlight the Top 5 RPGs for the upcoming month. In this edition, we’re going to take a look at each of the titles, talk a little about each, and then explain why we think they deserve to be on the list. So join me now and find a mixture of some hidden gems and old favorites given a shiny new coat of paint.

Welcome to another round-up of top RPGs. Last month we saw some soulslikes, with our top spot being taken by the French revolution complete with automatons, Steelrising. This October is looking to be quite the packed month for RPG gamers, and some more titles are underway to end your year with a bang. This month we have a stylish JRPG heading to a number of new platforms. Some turn-based tactical battles, story-driven titles with plenty of action flying in. Without further ado, let’s get into the month of October! 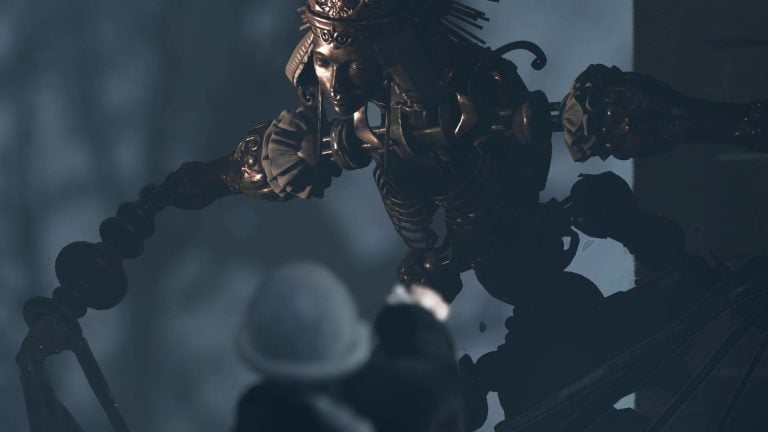 Steelrising rose to our top spot for September. An automaton uprising in 18th century Paris with soulslike appeal.

That’s right, this month’s honourable mention is Persona 5 Royal which is coming to new platforms for the first time. By day you’re an average high school student, living in a big city. People you meet will grow bonds that will in turn affect your future. After school however you will gain access to the Palaces, surreal worlds by using a Metaverse Navigator smartphone. Here you will hunt down the corrupted and slip away as a Phantom thief. Change the minds of the corrupted adults by stealing the Treasure of distorted desire, bringing your own form of justice back to society. But be warned, the treasures you find might not be what they seem.

The gameplay is a mix of turn-based combat which meets a social sim. During the day you will need to make decisions about who to spend your time with, and options to increase your social skills. While combat involves using different moves that can be strung together with flashy combos called Showtime Attacks.

Royal is the expanded edition which adds new locations and characters, as well as a whole third semester that was not a part of the original release. The JRPG promises over 100 hours of gameplay, and the expanded version comes with numerous quality-of-life updates such as ammo now refilling after battles are complete. 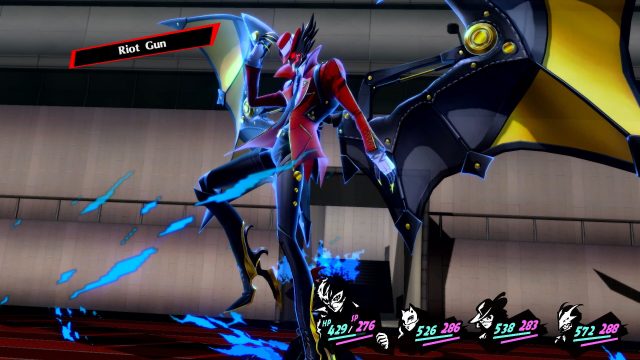 Lost Eidolons follows the story of Eden, a reputable mercenary in the fantasy world of Artemesia. An aristocratic conspiracy causes him to follow the machinations of fate, a plot to overthrow the Emperor, Ludivictus. His journey will be riddled with moral dilemmas, bitter farewells and emotional betrayal. Anyone ready for some emotional damage?

The game uses both tactical turn-based grid combat and an out-game unit management system, to outwit and hopefully prevail in the revolution. Combat uses sword and shield moves but also calling down raining fire and lightning. There are mythical-looking creatures to battle including giant snakes and even a Manticore.

The single-player title promises in-depth character customisation, a story focusing on bonds between allies, tactical combat, 20 playable characters, skills, spells and passive abilities. Any attacks including counterattacks will earn units character and class XP, unlocking further abilities or advancements. You can also roam around camps in between battles.

Lost Eidolons will be released on October 13th for PC. The Xbox Series version will release next year. 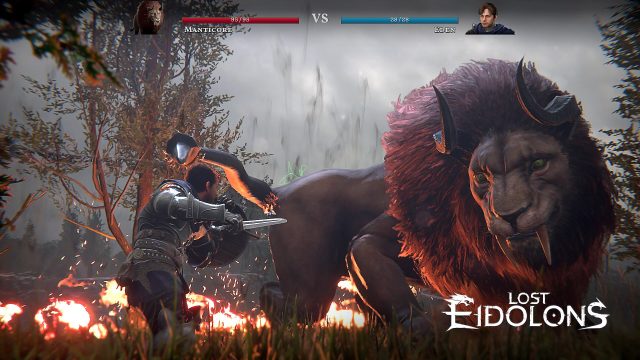 The Last Oricru is about a human who wakes up from cryosleep on a strange planet. The world is in the midst of a warring conflict between two races, which you get caught in the middle of. In order to survive, you will need to fight. Every decision bears a consequence, with plenty of player agency in this story-driven Action-RPG.

Combat is described as “tough, skill-based and unforgiving”. Players can use one or two-handed weapons, shields, and maces, there’s also magic. The game is a mix of sci-fi with medieval flavour, quite an interesting combination for an Action-RPG. Wield your standard melee weapons, then spice things up with techno-magical items. Prove your loyalty by fighting alongside your comrade in arms. But be prepared for a challenge with surprise enemies as you travel through the war-torn world.

Team up in co-op as a duo, where players will be able to resurrect each other when needed, have access to special spells and do away with enemies in unique ways together. Co-op gameplay like this means you can tackle different situations in new ways opposed to dealing with things solo.

The Last Oricru is coming to PC, Playstation 5, and Xbox Series X|S on October 13th. 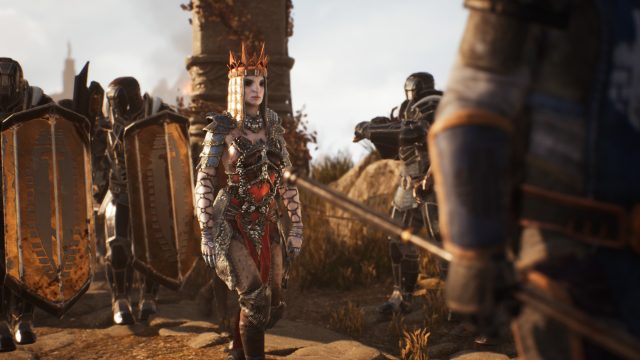 Make decisions that will impact the story in the Action-RPG The Last Oricru.

3. Asterigos: Curse of the Stars

The game follows the Northwind Legion warrior Hilda who is seeking her lost father and must enter the mythical city of Aphes. One thing about this city, it’s cursed. The game is inspired by Greek as well as Roman mythologies, including mythical bosses and legions. Be prepared to navigate some difficult choices that will change the fate of the kingdom.

The action-adventure RPG promises soulslike gameplay elements with a simple yet dynamic combat system. The title offers a range of weapons including sword and shield, daggers, spear, hammer, staff and bracelets. The fast-paced combat matches with the wonderful ancient fantasy aesthetic, with plenty of build options to keep you busy.

The title also has over 20 mythical bosses to face and a New Game+ mode if you’re up for further challenges. Face terrible beasts, while using the power of gods to fight them. Explore the fallen city of the stars while uncovering all its mysteries.

Asterigos: Curse of the Stars will be released on October 11th for PC, PS5, Xbox Series X|S, PS4 and Xbox One. 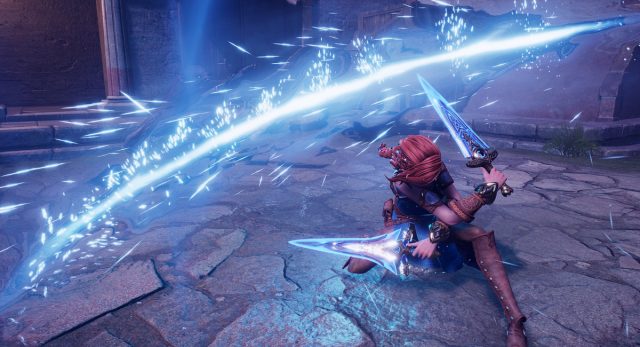 Action-adventure driven Asterigos has soulslike elements as you explore the fallen city.

By the same developers that brought you Batman Arkham: Origins, a new original set DC Universe game Gotham Knights, is flying its way to fans this month. Set in a universe where Batman is dead, four heroes must step to take on the roles of defenders of the city. These heroes being Batgirl, Red Hood, Nightwing and Robin. From these four, players freely choose any for each mission.

Players can pick from one of the four characters to follow their perspective of events. But you might find yourself playing more than once in order to get the full experience. In this multidimensional narrative, event cutscenes differ slightly depending on which hero you take on.

The game features an open world, with action combat. Play solo or team up with friends online. Freely explore the city by grappling from building to building using Red Hood. Or glide across the city as Batgirl. Each hero has their set of abilities, such as Robin who can smash enemies with this bo staff and even use fireworks to rain down mayhem. Dodge, counter and takedown every last foe. 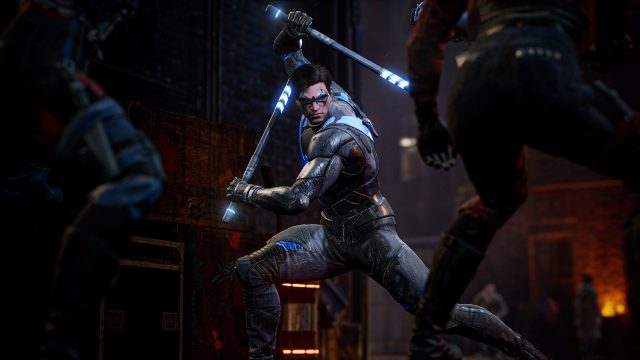 Swing into action as a superhero in Gotham Knights.

The latest title in the Star Ocean franchise takes place in the once peaceful Pangalactic Federation. When Raymond, captain of a merchant vessel Ydas is attacked by battleship Astoria, Raymond and crewmate Chloe are forced to abandon ship. They head to an underdeveloped planet called Aster IV as their escape plan, but get separated in the journey in the escape pods there.

Players will get to experience a “Double Hero” system from the perspective of each protagonist Raymond and Laeticia. There are also additional playable characters to the two main ones, and you can control each of the party members. The game sets to feature a narrative that combines sci-fi and fantasy, with a rich lineup of characters as well as sides stories, with a battle system delivering exciting combat. Explore the world by jetpack and even downward attack foes from great heights.

There are different combat modes which include real-time fast-paced action, but things can also be slowed down with Stop Mode. Stop Mode lets players freeze the action to take a more strategic approach, giving options to focus on targets and arrange your team. Players can assign different moves to action buttons, giving full customisation. Gain further advantage using actions together in chained combos. Make use of the Vatting gauge, which feeds the special technique of each character, unleashing deadly attacks. 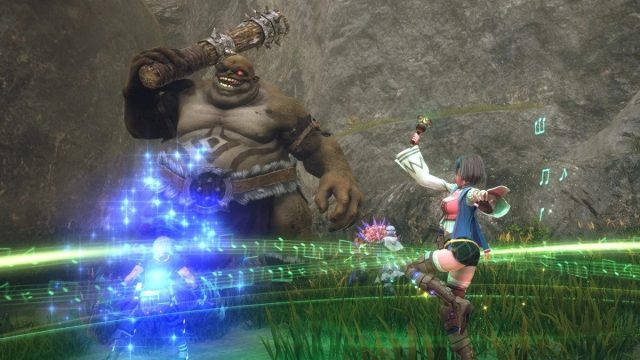 It’s time to party up in the sci-fi adventure Star Ocean: The Divine Force.

That’s a wrap for the Top RPGs of October. Did I miss your favourite October release? What games are you most looking forward to this year? Please let us know in the comments below.