Welcome to the Top 5 Upcoming RPGs of October 2020! In this series we highlight the Top 5 RPGs for the upcoming month. In this edition, we’re going to take a look at each of the titles, talk a little about each, and then explain why we think they deserve to be on the list. So join me now and find a mixture of some hidden gems and old favorites given a shiny new coat of paint.

Last month we rounded up quite the list, including the latest chapter for The Outer Worlds called Peril on Gorgon, a new tactical RPG spinoff from the Warhammer 40,000 franchise, Necromunder: Underhive Wars and an RPG classic anew, Kingdoms of Amalur remaster. This month has some more RPG treasures to pick up, including a mmo expansion releasing, a saga finale, pen and paper inspired RPGs and more. If any of that has piqued your interest, read/watch on for our Top 5 Upcoming RPGs of October. 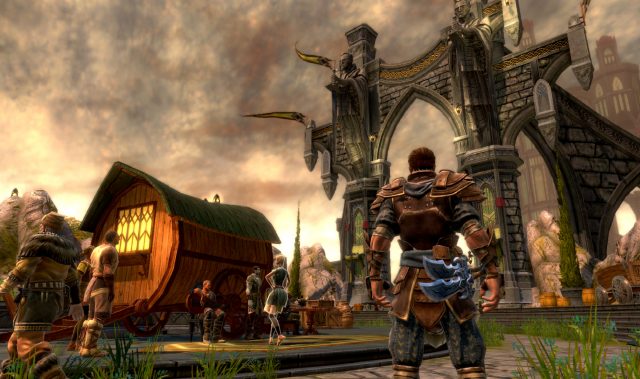 Set out on an adventure with a party that you put together, Solasta: Crown of the Magister follows a classic tabletop styled RPG with its Character Creation Tool. Each of your heroes will have their own personalities that are depicted in their dialogue. Solasta will get you thinking of your next move in three dimension, as you can climb, jump and even fly around what’s in your path.

Tactical Adventures the developer behind this CRPG are a team of dedicated veterans, who are aiming to stay true to tabletop games, basing the rules on the D&D SRD 5.1 ruleset. You’re in control of your company, create them based on race, class, personality and follow authentic pen and paper tradition, by rolling for their stats. Your fate lies in the roll of the dice.

Discover a dynamic world full of mysterious dungeons and unearth the ancient artifacts that lie within, while playing turn-based. Be wary of both the dark as well as the light, as the darkness may have foes that lurk, while the light may attract them. 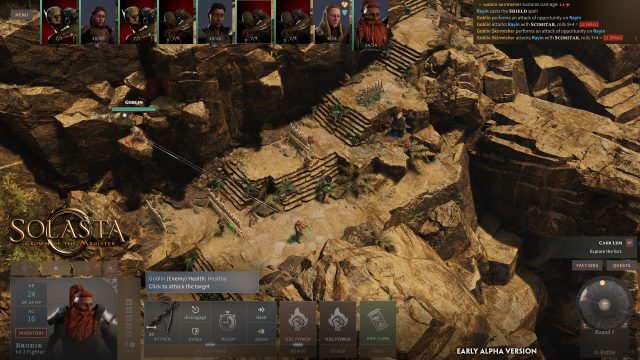 5. The Legend of Heroes: Trails of Cold Steel IV

The finale of the epic saga is finally releasing in October, The Legend of Heroes: Trails of Cold Steel IV. As the Erebonina Empire edges even closer to the brink of war, the heroes of Class VII make their return after the events of Trails of Cold Steel III. Rean Schwarzer has gone missing, as the Empire on the path of domination continues to strengthen.

Players can expect new and returning systems in this story rich JRPG. Gain the ability to summon giant mechs for the battlefield unleashing devastating attacks, choose Auto Battle to speed up combat and take advantage of the Lost Arts, an exceedingly powerful Orbal magic, which could mean a victory at hand.

Take part in mini-games inbetween battles, which will include returning favourites such as Vantage Master, fishing and puzzles. Some new additions include Poker, Blackjack and the Horror Coaster.

The Legend of Heroes: Trails of Cold Steel IV will release on October 27th for PS4, then on Switch and PC in 2021. 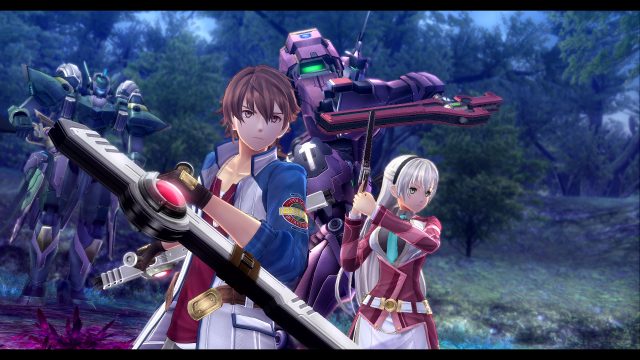 Players will take on the role of Alexey Zorin, who will command a group of Partisans who are resisting the German occupation at the Eastern Front. Your goal is to plan and execute combat. Observe your surroundings, then devise the best way to ambush, using tactical pause.

Use sabotage missions to attack the enemy forces, gather your squad from the soldiers left behind enemy lines and from locals. Disrupt the German forces’ supply line and prepare yourself against a great battle.

Partisans 1941 will release on PC via Steam on October 14th. 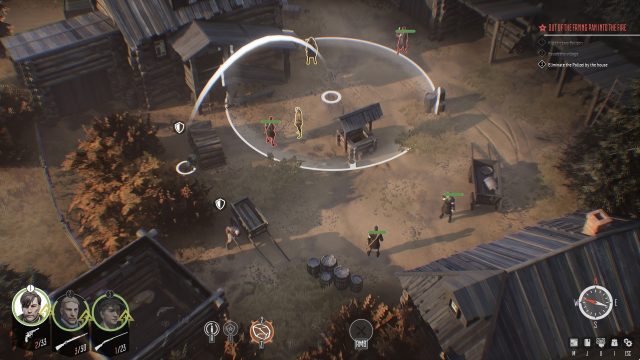 The indie title Vigil: The Longest Night by Glass Heart Games, the action platformer with an RPG twist is inspired by all things dark, such as the eldritch horror tale and Castlevania, as well as mixed in with some Taiwanese cultural influence. Jump into a souls-like side-scroller thats adds technical combat with an intriguing narrative.

If you’re a fan of Salt and Sanctuary we think you’ll like this 2D platformer, as it holds some similarities to this game, but has it’s own flavour of playstyle and combat, in it’s own nightmarish world. The story follows Leila on her quest to defend her hometown against the infiltrating evil that has cropped up in the countryside. Explore the world that combines dreams (or rather nightmares) and reality.

There are also metroidvania features, where you backtrack and uncover new areas as well as further mysteries. The story also has a number of endings, which means you will want to discover them all. Try out four different weapon types, with a variation of each.

Vigil: The Longest Night will release on October 14th on PC and Switch. 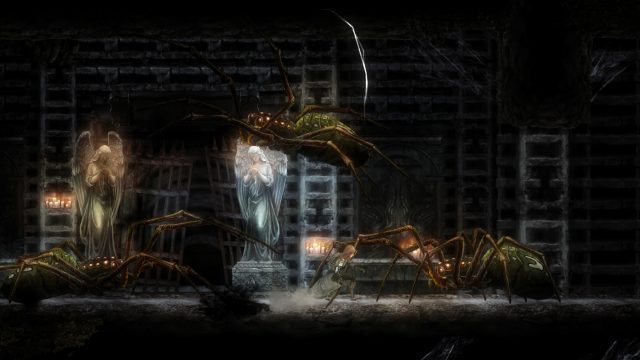 A brand new expansion releases in October, World of Warcraft: Shadowlands which explores the afterlife. It introduces a new player hub, Oribos, the Eternal City, also the addition of Covenants which adds four specific factions, granting unique abilities, Soulbinds, each with a campaign and gear to obtain.

Take your pick of the Covenants each with their own purpose and goals: Kyrian who govern the souls of those who gave service, Venthyr who take over the souls that were flawed or prideful, the Necrolords that inherit those who prove themselves in battle and the Night Fae who identify with those who have a connection with nature.

It also adds Torghast, Tower of Damned an interesting rogue-like feature, a game within itself allowing players to take on a number of foes, in a tower that is randomly generated each time you enter. Die enough times, you need to restart from the beginning. As you go higher the enemies get more difficult. The feature is replayable, adding extra challenges for those who seek a different kind of experience.

Shadowlands will also introduce a brand new leveling experience for new players, making the journey from level 1 to 10 much faster than in the previous expansion.

World of Warcraft: Shadowlands will release on October 27th on PC. 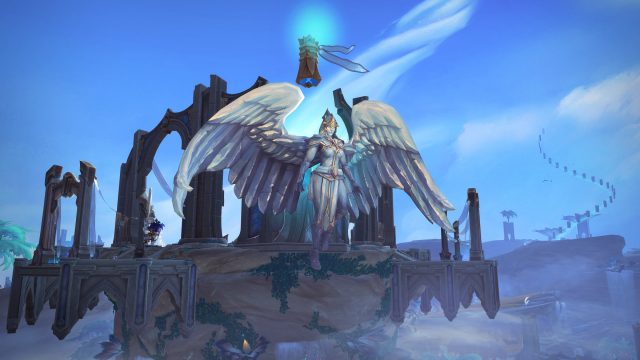 This month’s number one goes to a highly anticipated CRPG title that has the same developers of the Divinity Original Sin franchise behind it, Baldur’s Gate 3 which launches on early access this October.

Baldur’s Gate 3 early access will allow players to try five different origin characters, as well as a player customisable character. Choose from companions Astarion an elf vampire rogue, Gale a human wizard, Lae’zel a Githyanki Warrior, Shadowheart a half-elf Cleric, and Wyll a human Warlock, each with their own background story. Gather your party as you return to the Forgotten Realms. This entry will follow a story of fellowship and betrayal, with many mysterious abilities just waiting to be awakened. Fight the darkness and resist its call, or embrace it and turn into the ultimate evil.

You will experience the first act while Baldur’s Gate 3 is in Early Access. Play alone with recruited companions, or play online with multiplayer with up to four players in turn-based combat based on the D&D 5e ruleset. 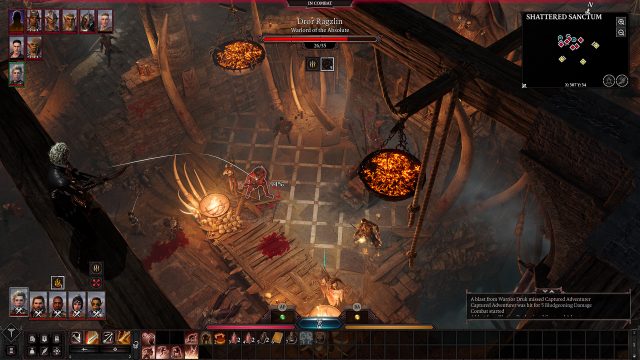 That’s a wrap for the Top RPGs of October. Did I miss your favourite October release? What games are you most looking forward to this year? Please let us know in the comments below.