Welcome to the Top 5 Upcoming RPGs of May 2021! In this series we highlight the Top 5 RPGs for the upcoming month. In this edition, we’re going to take a look at each of the titles, talk a little about each, and then explain why we think they deserve to be on the list. So join me now and find a mixture of some hidden gems and old favorites given a shiny new coat of paint.


Welcome to another month of RPGs. Before we get into May, let’s talk a little about last month. In April we had some co-op shooters, some remasters and even what was called a “version up”. NieR Replicant took our top spot last month, as it’s made it’s way into 2021 with some new content and some great improvements. For this month while we do have a couple of remasters on our hands, there’s also some furry creatures to meet, some more traditional RPG and even some co-op action. It’s quite a mix, so without further ado let’s get into the month of May 2021. 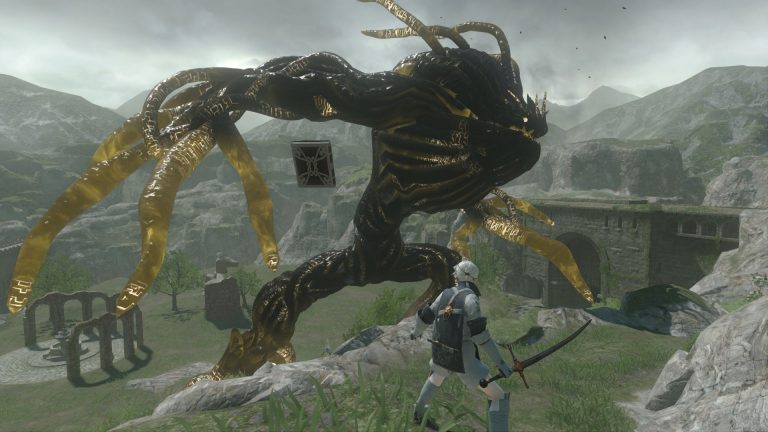 Coming to Early Access this May is Almighty Kill Your Gods. Play solo or join friends online in this co-op Action-RPG, where magical warriors infused with the power of their ancestors, set out to bring down false gods, to reclaim their home.

Players will take on the role of Alpha, who has their own island which can be upgraded and will be home to your tribe. Almighty plays similar to a third-person shooter where you can zip around and shoot down enemies, but you can also use an ultimate area ability such as a meteor shower to crush your foes. You can also use melee and activate magic amulets that can summon powerful spells. The movement is pretty versatile as you can double jump and glide through the air, but also sprint on all fours. Takedown powerful monsters and claim loot to rebuild your island.

As you improve your island, you will unlock others to explore. Use what you discover to craft better gear and equipment. You can also use resources to upgrade your own island including defenses, build farms and mines. Building towers can also help to increase your character’s health and magic.

Almighty Kill Your Gods comes to Steam Early Access on May 5th 2021. 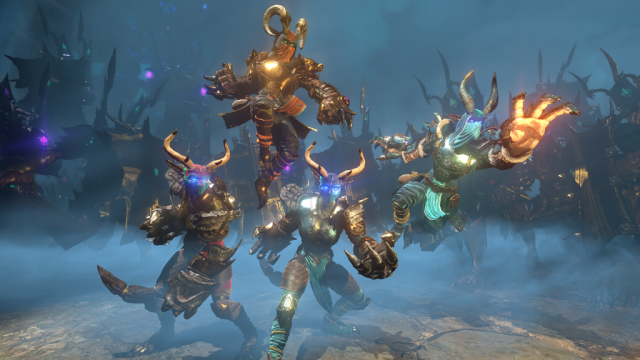 Debuting for the first time on PC, the Shin Megami Tensei III: Nocturne Remaster joins a new platform this month. The remaster is also coming to consoles Switch and PS4. The JRPG classic originally launched on Playstation 2 in 2003, the remastered version adds updated visuals with 3D models and backgrounds. There are also additional features such as difficulty settings, suspend save options, voice acting in both English and Japanese, as well as an alternative narrative branch to explore.

Nocturne follows the post-apocalyptic setting of modern-day Tokyo. Players will take up the role of a high school student, who has been fused with the demon Magatama, and becomes a demon himself. Embark on his journey as chaos ensues throughout Japan’s capital, as demons from the underworld begin to take over the city.

The gameplay uses turn-based combat, which allows you to gather more information about your foes, and recruit them by trying to get on their good side. This interesting system is what sets Nocturne apart from the Megami Tensei franchise, making it a fan favourite. 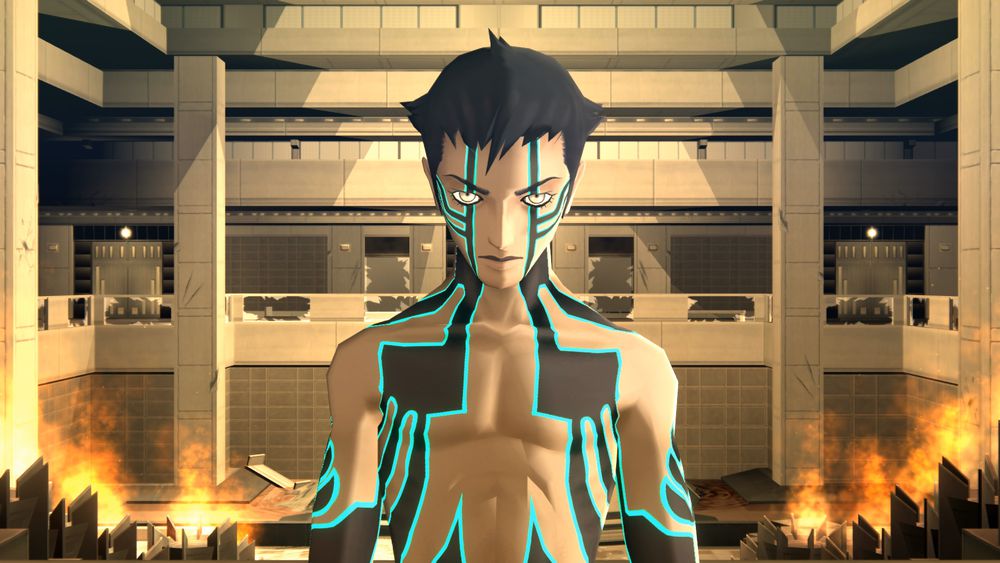 Get ready to fire the cannons as King of Seas, an Action roleplaying game launches. Facing a procedurally generated world, embark on the high seas as you battle your way to regain what you’ve lost. Captain your very own ship, set sail, plunder and do all things piratey in a light-hearted swashbuckling adventure.

As a royal descendant of the Kingdom, the king has been assassinated and the blame falls to you. Banished from the Kingdom you’re left to fend for yourself and yes that means captaining a ship and turning to the ways of the pirate.

Due to the ever-changing map, you will need to react to the world around you, even your navel routes will change according to it. But don’t expect smooth sailing as a number of things can crop up from enemy ships to treacherous fog. Ships also come with customisation, from equipment to 20 skills to choose from, so you can play according to your preferred playstyle. Every battle won will increase the bounty on your head as you rank up to be the King of Seas. There’s also multiplayer battles, and multiple difficulty levels to test your mettle.

Kings of Seas will be releasing PS4, Xbox One, Switch and PC on May 25th. 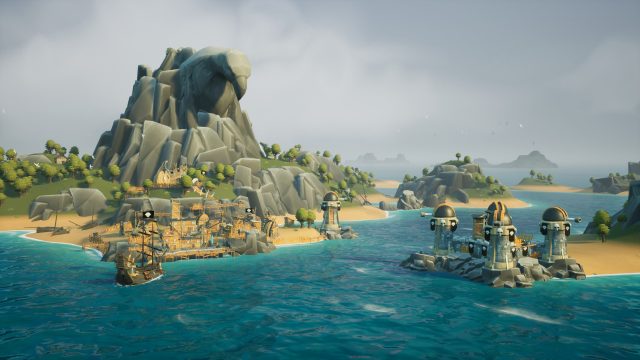 The remastered trilogy Mass Effect Legendary Edition upgrades the original titles Mass Effect 1, 2 and 3, enhancing not only it’s visuals but a few tweaks, especially to the first game. The collection includes over 40 DLCs, including promo weapons, armors and packs, all optimised in 4K ultra HD. So now you can experience the rich sci-fi universe with quality graphics.

Set in the year 2183, Mass Effect embarks upon a story set in the Milky Way, where interstellar travel has become known, through mass transit devices called Mass Relays left by a mysterious ancient civilasation. Commander Shepard, the main character is tasked with protecting the galaxy from an apocalyptic threat called Reapers. Your decisions will have consequences, in this highly detailed story-rich world. You will train and command your own squad, with devasting abilities. The original trilogy has over 75 hours of content and has won more than 300 awards.

The Mass Effect trilogy has had some improvements to it especially the first title which includes gameplay tuning as well as rebalancing. This includes giving The Mako better physics tuning, faster shield recharging and new thrusters. While the vehicle will still remain “loveable”, it will be a smoother experience. Combat has also had some tweaks in the first Mass Effect to make it more in line with its sequels. The karma system has also been overhauled in Mass Effect 2, plus rebalancing for Mass Effect’s Galaxy at War mode. Safe to say there is plenty for those Mass Effect veterans out there, and those who are new to the franchise. 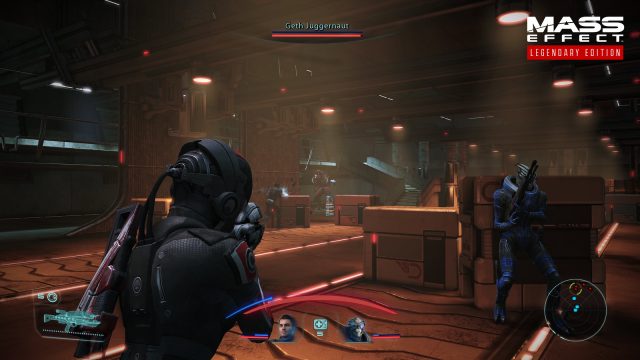 2. Solasta Crown of the Magister

Get ready to explore the shattered world of Solasta, dive into ruins and dungeons to discover legendary treasures. Find the truth about an age-old cataclysm and prevent it from happening once again. In true tabletop RPG tradition create your own party, tailor your group to your preferred strategy and hone your party’s abilities. Solasta Crown of the Magister is a turn-based RPG, that is based on the Dungeon & Dragons SRD 5.1 ruleset. Character classes include Cleric, Fighter, Paladin, Ranger, Rogue and Wizard. There are also a number of races and sub-races to choose from including half-elves, halflings and more.

In this team-based tactical role-playing game each character will play a critical role in the campaign. Players can position ranged characters on high vantage points or use their rogue to explore shafts and caverns to find out what’s up ahead. There is also the use of light in Solasta, use it to explore the depths and dungeons, or utilise it as a weapon against creatures of the dark. You can even push enemies into chasms or drops things on them from overhead. Choose your preferred level of challenge through the difficulty settings, ranging from Story Mode all the way to Cataclysm Mode where you take 50% more damage.

But the adventure doesn’t stop there because you can even create your own dungeon maps with the Dungeon Maker and share them with other adventurers. Solasta joined Steam Early Access in October 2020, and will be finally leaving Early Access this month.

Solasta: Crown of the Magister launches on Steam on May 27th. 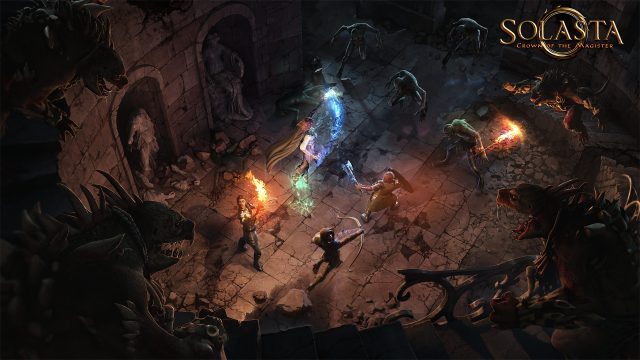 Stealing our top spot this month and maybe our hearts, Biomutant. This furry (no not that kind of furry) Action-RPG finally releases in May. Inspired by kung-fu fables, Biomutant let’s you customise your own fuzzy creature, everything from the size of its head to its DNA strand. There are six different strands to choose from, each representing the six different tribes players will discover in-game, with the option to mix DNA strands. Changing the look of your character will also impact the attributes they will carry, for example investing in Intellect will increase the size of its head, meaning more of an advantage when it comes to psychic abilities.

As for the plot, your quest is to save the Tree of Life from being destroyed by toxic pollutants, meaning all life will also suffer. Battle monsters, and clear up the poisonous oil to save the very stunning Biomutant world. Exploring definitely has some options as you can travel by mech, use a wind-glider and even by flying suitcase. The biomes look just as varied as the travel methods, from snow-covered regions to rich and lush lands. The world is post-apocalyptic which also ties into the idea of creating weapons from junk you find and using what’s around you to survive.

As for how you will defend yourself from the number of fuzzy but dangerous creatures out there, you will use martial arts styled combat with a mix of shooting, melee and powers that stem from mutation. Biomutant looks to be quite the refreshing take on the Action-RPG genre, offering crafting, customisation, open-world as well as a karma system which could effect the outcome of your story.

Biomutant will release on Playstation 4, Xbox One, and PC via Steam, GOG, the Epic Games Store and Origin on May 25th. 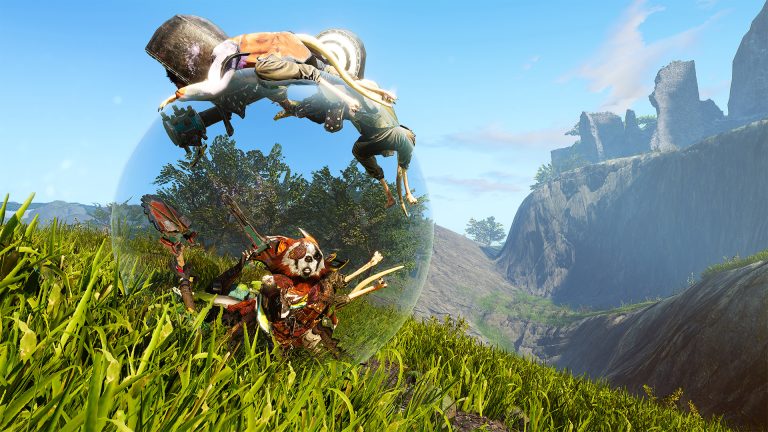 for the Top RPGs of May. Did I miss your favourite May release? What games are you most looking forward to this year? Please let us know in the comments below.

You can also check out our most anticipated titles for this year in our Fextralife’s Top 10 Upcoming RPGs Of 2021. You can check out last April’s Top RPGs right here.