Welcome to the next entry in a Fextralife series highlighting the Top 5 RPGs for the upcoming month. In this edition, we’re going to take a look at what we think are the Top Upcoming RPGs of May 2018, talk a little about each, and then explain why we think they deserve to be on the list. So join me now and find a mixture of some hidden gems and old favorites given a shiny new coat of paint.

We’re ready to share what May has to offer, from action packed storylines to surviving in the wilderness. This is a fantastic month for fans of the genre, and we hope you will enjoy the different styles of games ready to make May one of the best gaming months this year. Without further ado, let’s get into the Top 5 Upcoming RPGs of May 2018.

This month’s honorable mention comes in the form of none other than Quantic Dream’s AI adventure “role-playing” game Detroit: Become Human. It sets out to be an action-packed futuristic game where your protagonists are not human but androids. Thorough the game, you will help three unique characters to make decisions and unravel a myriad of different conclusions. Although this is not stricly RPG, it should certainly scratch that pick-your-adventure itch that role-players may get, which is why we’d be remiss if we didn’t include it here.

The story follows androids Connor, Markus and Kara who all have different parts to play in society but are each facing moral dilemmas that will change things forever.

Connor is a prototype droid whose purpose is to assist police investigations. But when there are reports of other androids going rogue, he is nominated to help the investigation against the wishes of his superior.

Markus is an AI caregiver whose main purpose is to look after a painter by the name of Carl Manfred who has lost both of his legs. Markus’ existence is thrown into disarray as he must decide how to take on a leadership role on a possible revolution.

Kara is a domestic assistant whose primary role is to care for a young girl called Alice. Given an increase in violent behavior by Alice’s father, Kara is faced with the tough proposition of escaping with the little girl in order to fulfill her actual role.

The game is available on Playstation 4 on May 25th. If you want more details read out Detroit: Become Human Preview. 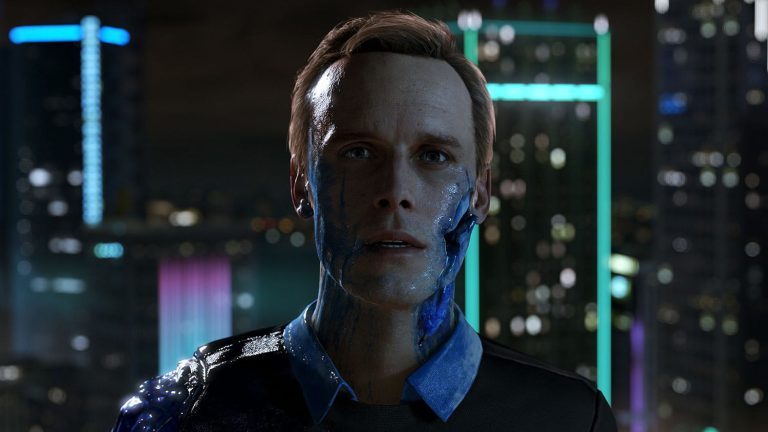 Based on the Japanese anime Little Witch Acadamia, Bandai Namco is releasing a RPG beat’em up based off the series. Little Witch Acadamia: Chamber of Time shares an a new story line featuring the main character from the series Akko. The story starts when she accidentally creates a time loop in a library, and you are challenged with setting things back to normal. Combat is real-time, with lots of spell casting and potion brewing fun to be had, as well as character development via skills and talent trees.

You’re not alone in this side-scrolling action adventure, enjoying the company a team of Akko’s friends who help you through the quest. You can have up to six characters in your party and can group up with real life friends both online and on split-screen co-op mode.

Little Witch Acadamia: Chamber of Time is available on PC on Steam and Playstation 4 on May 15th. 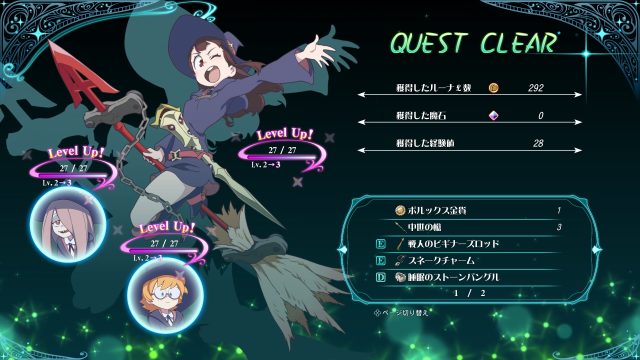 We always enjoy some witchy fun!

It’s been a busy few months for the Funcom team, who are set to release their open world survival Conan Exiles in May. Soon you will be able to craft, build and just try to generally try to stay alive in the savage world of Conan the Barbarian. Conan Exiles is set in an era of Mythos and gods, where you must brave the harsh deserts and fight the many beasts and enemies in dungeons. The land is vast as you can explore a myriad of locations from volcanic regions to the frozen covered north and the deadly swamps.

The story begins as your character is sentenced to death for crimes you may or may not be guilty of, but you are saved by the mighty Conan. This welcome salvation has bought you life for today, but you are in the pre-historic ages and must learn to survive by gathering and crafting your way through the many environments to avoid starvation or dying from exposure.

Although Conan Exiles is set to release May 8th, the early access version of the game is available currently available if you cannot wait for the official release. 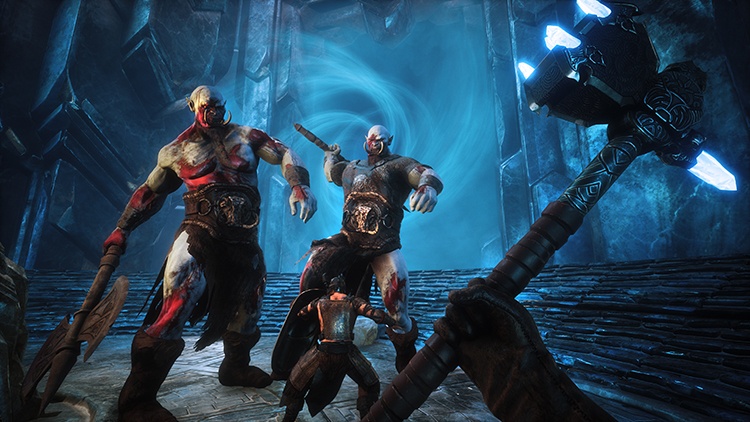 The next expansion to the Elder Scroll Online universe is Summerset, home to the High Elves of Tamriel. In this upcoming expansion you will be able to head to Alinor the capital of Summerset, ruled by Proxy Queen Alwinarwe, and assist with the mysterious troubles that plague the zone. The chapter includes many new additions such as new Psijic Order Skill Line, the ability to craft your own jewelry, take on the newest trial, new world bosses, public dungeons and an all-new group challenge: Abyssal Geysers.

ESO: Summerset is available for PC/Mac on May 21st, with the console version coming on June 6th, and is available to pre-order with some mount bonuses so don’t miss out. 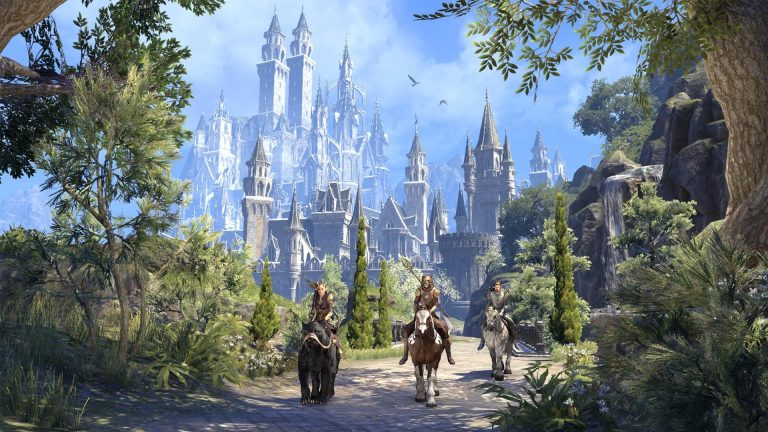 Summerset is simply gorgeous, we can’t wait to get to it

Initially set to release in April, the sequel to the acclaimed Pillars of Eternity, will be finally be arriving on PC this May. Pillars of Eternity 2 is set to be a land and sea RPG taking place in the unexplored lands of Deadfire, which is a bit different than the first game, with the added element of ship combat. Also, another noted change is the addition of the Multiclassing system, which allows players to select two Classes when creating their character, making for a ton of possible combinations!

Take to the seas to complete quests in a variety of ways both in and out of combat. Much as the previous game, all characters and companions have their own backstory and motivations, learn more about what makes them tick. Become the pirate you’ve always wanted to be and run your own ship by managing everything from manning the decks to boat combat, and enjoy the deep and engaging narrative you have come to expect from Obsidian Entertainment.

Be sure to check out our pre-order bonuses article so you don’t miss out on any of the goodies and the Pillars of Eternity 2 wiki for more about the game. 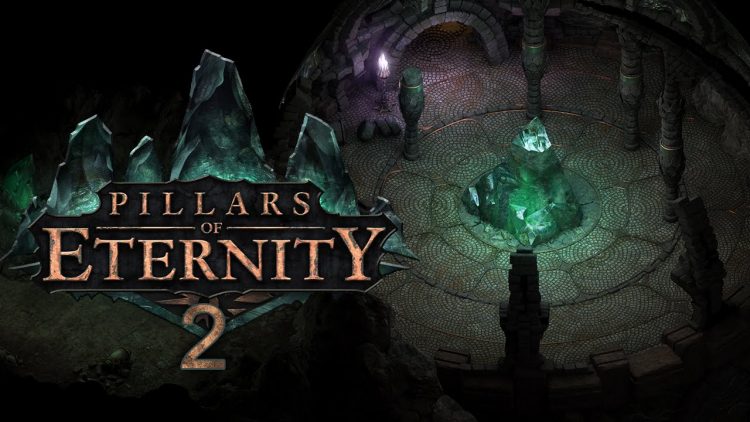 Multiclassing is now a thing, and you’re gonna love it!

As all Dark Souls fans know, the original title’s remastered version is coming out in May, with some new changes including a graphics upgrade. Unfortunately Dark Souls Remastered won’t be ready on all platforms as Nintendo Switch delays their release, but it’s still on schedule for PC, PS4 and Xbox One for May 25th.

Anticipating its arrival we have outlined the major changes with this version of Dark Souls and there’s been lots of feedback from our DS community, some good, some bad and some ugly. But either way, this is definitely our top game this month as you will be able to see Dark Souls in a very fresh 60FPS and upscaled 4k for consoles. Other enhancements include an increase to the number of online players from 4 to 6 and quality of life changes to item usage. 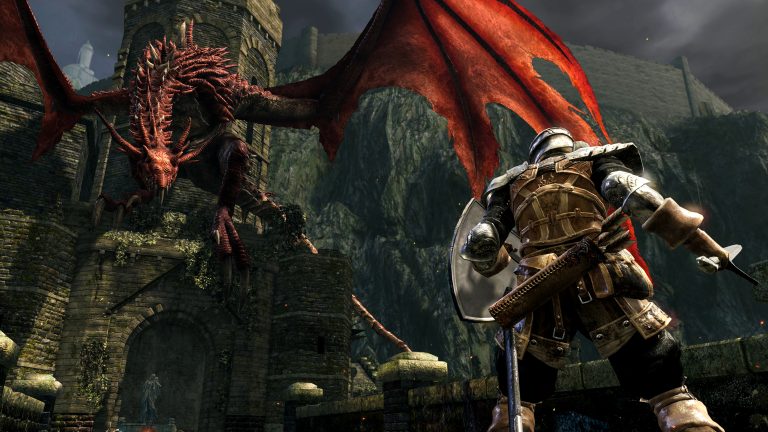 You can also check out the Top 5 RPGs of April.