Welcome to the Top 5 Upcoming RPGs of June 2020! In this series we highlight the Top 5 RPGs for the upcoming month. In this edition, we’re going to take a look at each of the titles, talk a little about each, and then explain why we think they deserve to be on the list. So join me now and find a mixture of some hidden gems and old favorites given a shiny new coat of paint.

Last month’s Top 5 brought the Dark Heart of Skyrim to the Elder Scrolls Online universe with the release of Greymoor. It let players revisit some familiar places but set a 1000 years before the events of the Elder Scrolls series and with an MMO flavour. This month we’re looking forward to some new platform releases, remasters and some strategy. We’ve got some classics and new titles that has something for everyone. Without further ado let’s get into the Top 5 RPGs for this June. 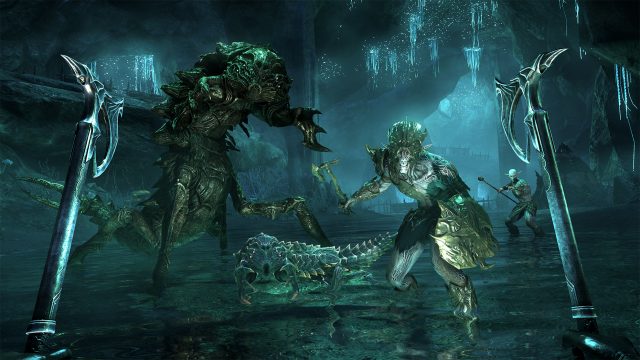 Platform: PS4 and Xbox One (Also available on PC)

This month’s honourable mention goes to The Elder Scrolls Online: Greymoor console launch, returning players to the nostalgic region of Skyrim. This gained out top spot for May, but this month both PS4 and Xbox One players can dive into the Dark Heart of Skyrim, starting with the latest expansion release Greymoor. Set almost a 1000 years before the events that take place in The Elder Scrolls V: Skyrim. Greymoor will feature Western Skyrim such as Solitude and Blackreach, giving 30+ hours of content.

Along with a new chapter comes a new Antiquities system where players can treasure hunt for trophies and furnishings across the ESO world. There will also the addition of a new 12 player trial Kyne’s Aegis and the revamping of the Vampire skill line.

The Elder Scrolls Online: Greymoor will launch on PS4 and Xbox One on June 9th. Is also currently available to play on PC. 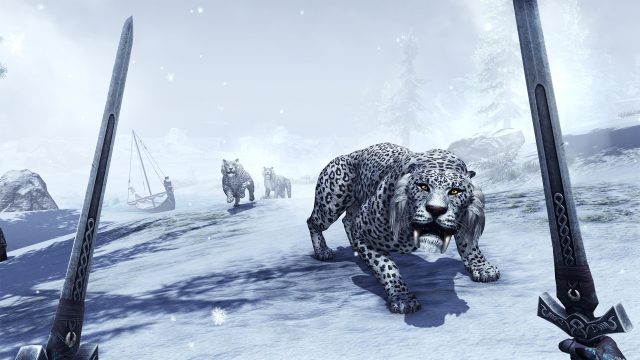 Platform: Switch (Also available on PS4, Xbox One and PC)

The award winning quirky sci-fi RPG adventure The Outer Worlds will be coming to the Nintendo Switch this month. It gained a number of accolades including The Game of the Year Award for the New York Game Awards 2020.

Set in a future where colonies now live on two Planets overrun by mega-corporations, The Outer Worlds is a sci-fi adventure with an open-world experience. You wake up from hibernation on a ship that has lost its route to Halcyon, only to discover conspiracies and further complications. You will meet a number of factions, all trying to gain the upper hand and its for you to decide how the story unfolds.

The Outer Worlds is developed by the original creators of Fallout as well as Fallout: New Vegas. The title holds many similar mechanics to Fallout and seen as the spiritual successor of the Fallout series.

The Outer Worlds will arrive on the Nintendo Switch on June 5th. It is currently available to play on Playstation 4, Xbox One and PC. 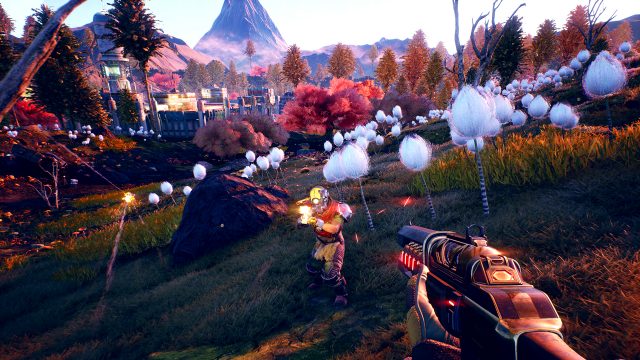 Not all heroes wear capes, or in this case not all heroes have to be big and mighty. Little Town Hero follows the tale of a young boy called Axe who wants to see what lies beyond his village. Discovering a stone that mysteriously carries out his ideas, he decides to use it to defend his village that suddenly has been overrun by enemies and to discover the truth of what’s behind the attack.

Little Town Hero promises a unique combat system which will do away with the grind of most RPGs, instead you will need to use you strategy and your mind to defeat your enemies. As you fight you will come up with ideas that haven’t been fully realised called Izzits, with enough of these you can transform them into Dazzits, each with their own attack and defense abilities.

Little Town Hero will release on Playstation 4 on June 23rd and is currently available on Nintendo Switch. 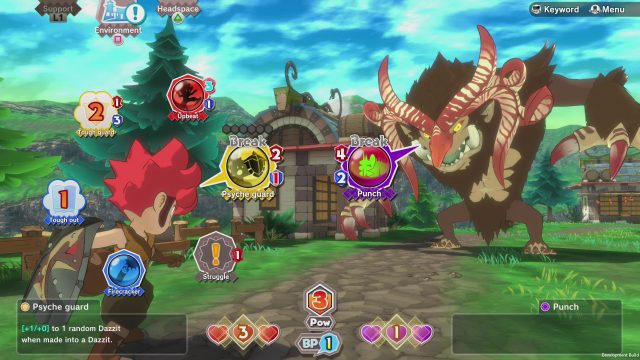 3. Pokemon Sword and Shield: The Isle of Armor

Publisher: The Pokemon Company and Nintendo

The first expansion for Pokemon Sword and Shield will take players to The Isle of Armor, a sort of bigger version of the Isle of Man. This adds new environments not seen before in the Galar region such as beaches, forests, bogs, caves and even sand dunes, providing new places to catch Pokemon.

This island will also have a special dojo where trainers can learn particular training styles under the tutelage of an old man called Mustard, as well as allow your Pokemon to undergo an apprenticeship under the master dojo to become more powerful. These new tutor moves are something brand new to Pokemon, as well as the Restricted Sparring sessions where trainers will be able to choose from a few select type of Pokemon under a set of battle conditions.

The expansion will introduce new and old Pokemon to Sword and Shield, as well as new Pokemon forms according to region, new legendary Pokemon and some old fan favourites from past generations.

Pokemon Sword and Shield: The Isle of Armor will release sometime this June on Nintendo Switch and as is a part of the expansion pass. [UPDATE – Releasing June 17th] 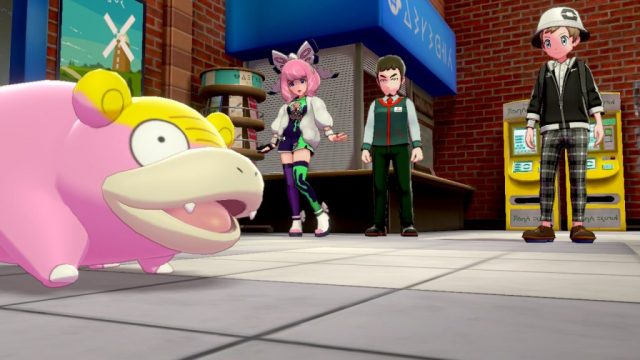 The remaster of the classic Action-RPG PS Vita title Ys: Memories of Celceta is coming to Playstation 4 this June. This updated version will support 60 FPS, HD graphics and re-optimised controls. You also have a choice of dual audio options so you can choose the English or Japanese VO options.

Set off on an adventure with Adol Christen to the unfamiliar lands of Celceta, but there is one thing you should know, he doesn’t remember anything except his own name. In search of his identity he’s joined by a thief who claims to have aided him in the past few weeks. Wanting to find out more about himself, Adol sets off with his new or rather old friend into the wilderness to claim back his memory. Along the way there will be companions to team up with but can they be trusted?

The title features a party-based system, where you can swap characters in and out during battle. You can perform attacks that can gain affinities with other members of the group.

Ys: Memories of Celceta releases on Playstation 4 on June 9th and is currently available on Steam. 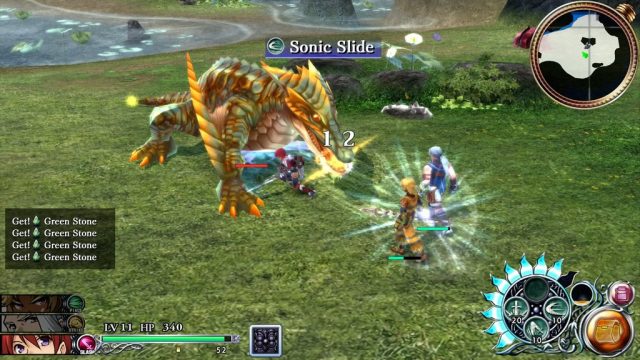 Warborn is a strategy RPG that let’s you become the ultimate commander in an anime meets XCOM 2 turn-based title. Choose from four different factions that each bring their own flavour of power, traits and playstyle. Move your units to take on rival mecha and there are some epic battle sequences to watch play out in 90’s Japanese styled animation.

You can plant traps, inflict status effects and support your allies. War takes place on a hexagonal battle field, with a variety of terrain that can provide cover or gain the upperhand with enemies. Along side the campaign mode, you can play Skirmish mode which puts you against a computer with custom settings which you can adjust. Battle other players online in multiplayer or you can even create your own custom maps and try them against other players or AI.

Warborn will release on Playstation 4, Xbox One, PC and Nintendo Switch on June 12th. 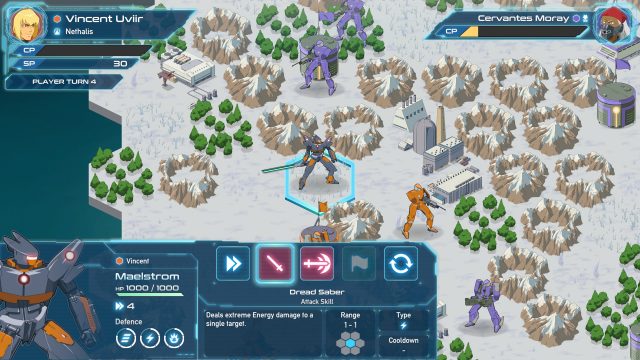 That’s a wrap for the Top RPGs of June. Did I miss your favorite June release? What games are you most looking forward to this year? Please let us know in the comments below.