Welcome to the Top 5 Upcoming RPGs of July 2021! In this series, we highlight the Top 5 RPGs for the upcoming month. In this edition, we’re going to take a look at each of the titles, talk a little about each, and then explain why we think they deserve to be on the list. So join me now and find a mixture of some hidden gems and old favorites given a shiny new coat of paint.

June has come and gone with a number of announcements with the E3 season providing lots of news about upcoming games. However if you’re looking for titles that are releasing a little sooner than next year, we’ve got you covered as there are still a number of RPGs coming out in 2021. This July is a mix of RPG titles releasing on new platforms, providing souls-like challenging combat, a cyberpunk setting and even a new turn-based monster entry coming right at you. Without further ado, let’s get into the month of July 2021! 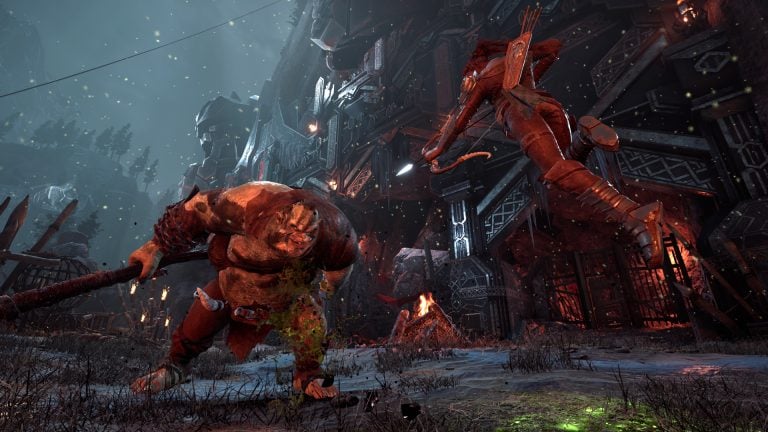 Taking our honourable mention this month is Ys IX Monstrum Nox. If this title sounds familiar it’s because this Action-RPG released earlier this year on Playstation 4, but it is now releasing on platforms Nintendo Switch and PC this July.

This is the ninth entry of the series, which follows the adventurer known as Adol “the Red” Christin and his companion Dogi as they arrive in Balduq. Things quickly go south when Adol is imprisoned upon stepping inside the city. But this leads to him meeting a mysterious woman named April who turns him into a Monstrum, granted with supernatural gifts and the power to exorcise monsters. Teaming up with fellow Monstrums, Adol will defeat the threats in the shadowy dimension called Grimwald Nox.

Each of the characters in this title has their own unique combat skills. There are Gifts such as Heaven’s Run which allows you to effortlessly run up buildings and explore new paths in dungeons and more. Combat is full-on hack and slash, with a number of unique character abilities to suit different playstyles. 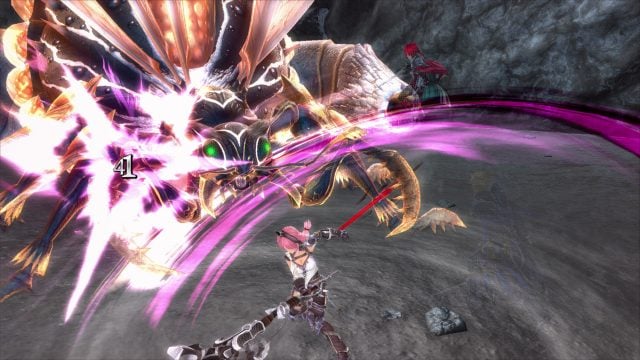 This souls-like indie title brings it’s own flavour of souls with a Boss-Rush experience. Eldest Souls follows mankind finally saying no more to servitude and rebelling against the Old Gods, imprisoning them within the sacred walls of the Citadel. Of course, this doesn’t sit well with them as they demand vengeance, unleashing a great Desolution upon the world, leaving mankind to fade. This leaves one glimmer of hope, one lone Warrior to save humanity.

Eldest Souls promises fast-paced and challenging combat, where every moment counts. Enjoy brutal battles with a boss-rush experience, where you will engage in the toughest fights, with each of the Old Gods, providing new and unique challenges one after the other.

The game is done in a top-down 2D pixel art style, with pretty detailed dark fantasy locations, and even destructible objects to smash through. You have a range of talents and abilities to unlock, with a number of combinations to perfect your combat style. 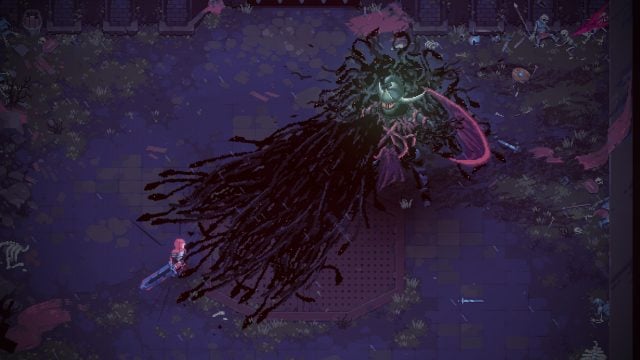 A hit MMO Action-RPG from China is coming West this month under the name Swords of Legends Online. Described as a “fully remastered and improved” version of the game, which will explore the timeless war between the sides of light and darkness. The game offers voiced cutscenes and a beautiful fantasy open world to explore.

Swords of Legends Online will offer players six classes, Reaper, Summoner, Bard, Spellsword, Berserker and Spearmaster. There are also two specialisations per class as the game progresses, meaning further powerful skills and abilities to unlock. These skills include mystical powers and the abilities to dodge and combo your attacks, easily switching between foes with tab-target combat.

Players will experience the action in both solo quests and multiplayer dungeons. There are also 20-player raids and PvP modes, all following the theme of Chinese legends and mythology. The MMO also has player housing, so when you’re not hitting the action, you can chill at your very own floating island with plenty of customisation.

Swords of Legends Online releases on PC via Steam on July 9th. 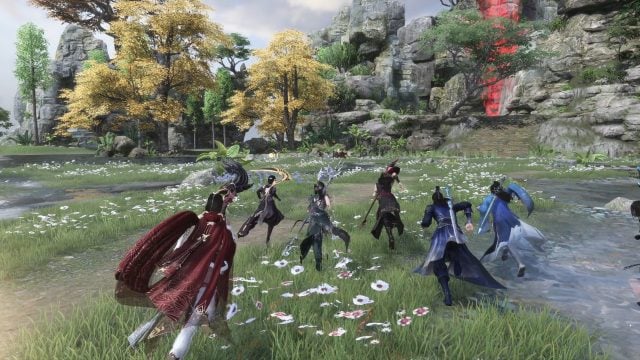 Chernobylite is a survival RPG, mixing free exploration with a non-linear story. It’s set in the Zone, an area that suffers the aftermath of the Chernobyl Power Plant explosion. But what’s interesting in this game of consequences, is you may not see the outcome right away, but after some time has passed.

Players will take on the role of a power plant ex-employee, who is investigating the mysterious disappearance of your beloved. Survival, conspiracy, mixed in with some horror and “obsession”. You will also need to rely on your companions for survival, building a team that can make it through this danger zone. Keep your wits about you as not all may be what it seems.

The survival RPG has challenging combat, crafting and a non-linear science fiction story. Building you team you will uncover the secrets of Chernobyl. Go in guns blazing or take a more stealthy approach, it’s all up to you.

Chernobylite is currently in Steam Early Access, and will launch on PC via Steam, Epic Games Store and GOG on July 28th 2021. PS4 and Xbox One versions will be released in Summer 2021. 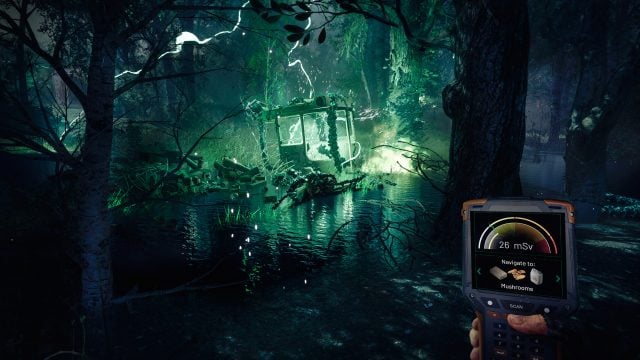 Playing as the grandson of a legendary Rider, the story follows a fateful encounter with Ena, a Wyverian girl entrusted with an egg. This egg has the potential to hatch into a legendary Rathalos, but has the possibility to wreak havoc if it’s inner power is awakened.

This turned-based RPG will let players hatch their own Monsties and even mix their DNA through The Rite of Channeling. Find rare Monsties out on the field and hatch the elusive monster eggs with hard to find genes. These Monsties will accompany you out in the world in real-time as well as in battle bringing special skills and powers.

In battle you can choose from three attack types in turn-based combat, Power, Speed and Technical, which stems from the original Monster Hunter Stories game. Master your weapon type, wield your skills while fighting iconic monsters from the series.

Monster Hunter Stories 2: Wings of Ruin will release on July 9th on Switch and PC. 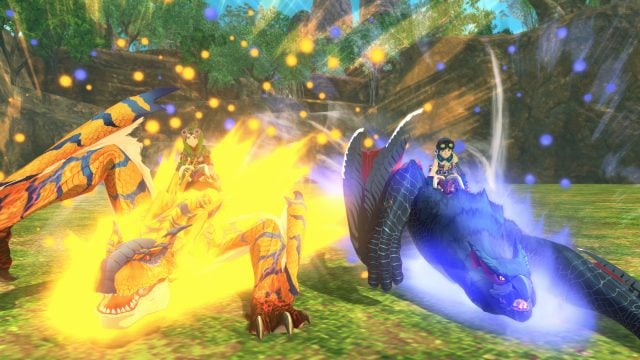 Our top spot this month goes to The Ascent, a solo and co-op Action-RPG set in a sci-fi world where a self-contained corporate-run metropolis is filled with a number of creatures originating from all over the galaxy. For some unknown reason The Ascent Group needs to be shutdown, and the struggle for survival begins, with rival corporations and crime syndicates looking to move on in. Players will take on the role of defence, trying to hold off the encroaching enemies.

The Ascent offers both a single-player and co-op experience with up to four players. You can go it alone or team up with three other friends for online co-op. This game is action-packed, with classic RPG mechanics which will enable players to build their own characters, customising anything from cyberware to weapons.

The world has impressive levels of verticality, set in a giant skyscraper, as you can freely roam the rundown world. There is plenty of cyberware customisation paired with shoot and loot gameplay. The action is fast-paced and there’s plenty of enemies to blast away and interactive environments, with things that can go boom.

The Ascent ascends onto PC, Xbox Series X|S and Xbox One consoles on July 29th. 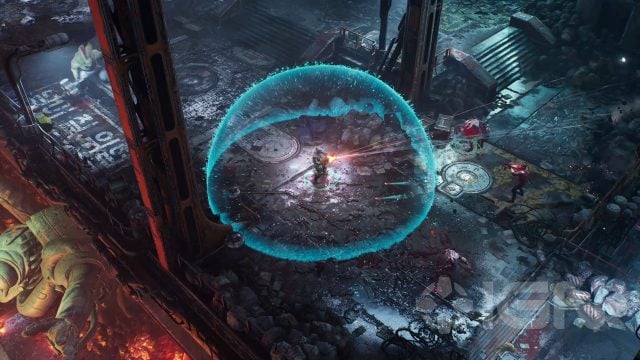