Welcome to the Top 5 Upcoming RPGs of January 2022! In this series, we highlight the Top 5 RPGs for the upcoming month. In this edition, we’re going to take a look at each of the titles, talk a little about each, and then explain why we think they deserve to be on the list. So join me now and find a mixture of some hidden gems and old favorites given a shiny new coat of paint.

Kicking off the year we’ve got a list of games to check out at the beginning of 2022. We have titles coming to new platforms, fresh titles releasing this month as well as a new entry going back in time to explore some legends. Without further ado let’s get into the Top 5 Upcoming RPGs of January 2022!

Our honourable mention goes to God of War which will be making its way to Steam this month. While this game concentrates on the action-adventure side of things, we thought it was worth a mention as the game has steller action and some great storytelling in this story-rich game.

God of War 2018 follows the journey of Kratos after his encounter with the gods of Olympus. We once again join Kratos who now sports a beard and a slight change in outlook. Kratos this time is also joined by his son or better known as “BOY!”, living the much quieter life in the snowy realm of the Norse Gods. Of course, nothing stays quiet for long as another adventure ensues, this time with his son joining in not only in story, but in battles too.

To say the least,  the game is action-packed, pitting players against a number of enemies including mythical ones as Kratos mentors his son. Face undead horrors, fire trolls and even the Revenant, a sorceress who has Seider magic.

God of War is available on Playstation 5 and Playstation 4, and will be coming to PC via Steam on January 14th 2022. 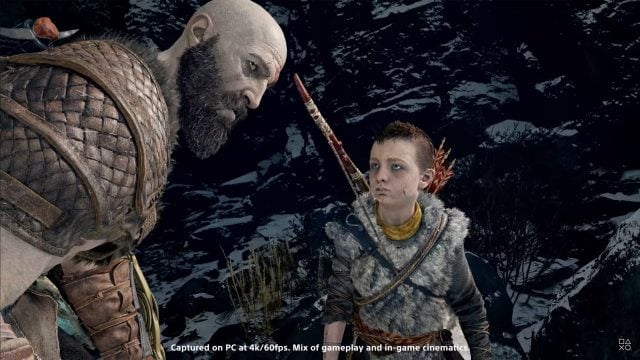 Head into a dark fantasy set in the Wild West, where both lawmen and gunslingers exist alongside fantastical creatures. From the co-creators of such titles Dishonored and Prey comes an immersive Action-RPG sim.

Players will journey through the origin stories of a group of characters who are atypical heroes. Take Jane Bell, for instance, a bounty hunter who is on a quest to discover her son’s killer and also her husband’s kidnapper. Players will move from one character to another until everything comes to a head in the final chapter, with five characters to get to know. Choose their weapon abilities which range from different guns types to much closer-ranged weapons such as a knife.

Each playthrough will have unique events, characters, factions and even places, reacting to player actions and their previous choices. The title sets to be an immersive sandbox sim with a concentration as an RPG. Choose how you want things to play out, slow and steady or dive right in with throwing an explosive barrel at enemies is just one of the ways to tackle situations. The game promises a wild ride with roughly 40+ hours of gameplay split between five characters that are tied together, which will become more apparent as the game goes on. Follow quests, pick up bounties or simply explore the new frontier. 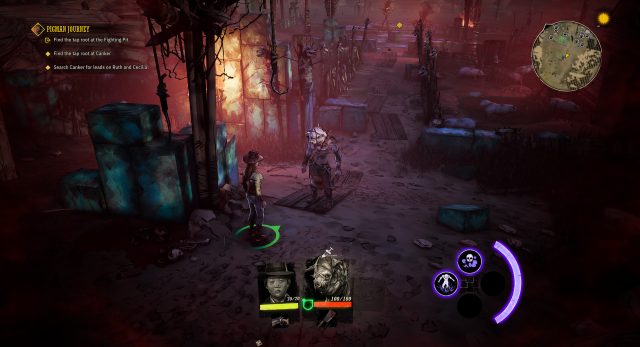 Reverie Knights Tactics is a turn-based tactical RPG following the expedition to find Lennorien a long-lost city. Along the way, you will save your loved ones by fighting off terrorising goblins across the adventure. The title features beautifully hand-drawn art, done in a multilayer artwork from pencil sketch with full detailed colour.

In your party of heroes, each has their own distinct abilities and skills, compiling a multiple battle strategy to defeat your foes. Explore a fantasy world with a deep map and scenario exploration, in an epic adventure with a visual novel style. Players can also craft new items and accessories from the treasures collected along the way, which can be used to gain a tactical advantage when you arrange your party. Control four heroes each bringing their own strengths and personality to the table, including team attack combos.

Battles take place on a multiple battle grid layout, with different isometric grids with a number of obstacles and destructible items, making each fight a unique tactical experience.

Reverie Knights Tactics is a turn-based tactical RPG coming to PlayStation 4, Xbox One, Switch, and PC via Steam on January 25th 2022. 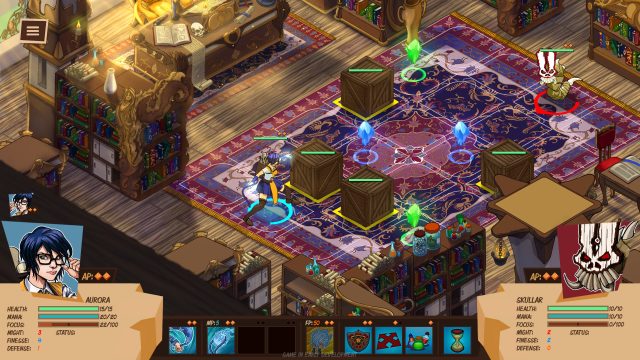 The party-based CRPG Expeditions: Rome sets players on a turn-based adventure to conquer foreign lands and navigate the twists and turns of political intrigue. Playing the role of a young Legatus, whose father is killed by an unknown political rival, forces you to leave Rome and take on a military campaign to fight a Greek rebellion.

Build your military prowess, prepare yourself for combat and become well respected or well feared. Your actions will affect the world stage, from the coasts of Greece to the depths of the Gaul forests. It’s up to you how you rule, whether with an iron fist, feared by all or use your powers of persuasion to win over your public. Choose whether to follow the politics of the Republic or forge your own path as you navigate the complex Roman senate. Your choices will bear the consequences.

Engage in tactical turn-based combat where skilled-based action systems are key, meaning weapon changes will affect the battlefield. Players can customise their own Legatus, choosing their gender, class and skills. Players will be able to explore beautiful environments including North Africa, Greece, Gaul and Rome.

Expeditions Rome will release on PC on January 20th 2022. 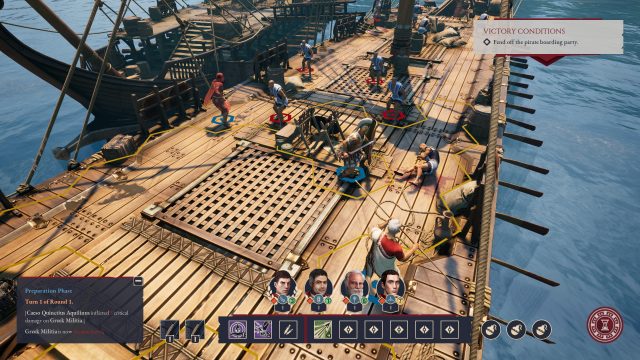 This new entry to the Pokemon game franchise is rather a unique one. Not only introducing a new title but also is set in a new time frame. While previous titles focused on more modern eras, Pokemon Legends Arceus takes players to a time where they will compile one of the first Pokedexes. Explore rolling hills, mountains, forests in the tranquil region of Sinnoh or as it was called back then Hisui. This region is home to a number of different Pokemon ecosystems and variations of Pokemon.

But not all is peaceful as a strange phenomenon is causing trouble, noble Pokemon are starting to get into a frenzy, and as part of the Survey Corps, you will need to help get these Pokemon in line by calming them with balms made from their favourite foods. Using your battling skills to daze them, you will need to throw balms to gain the upper hand. Together with the help of new characters such as Akari, Rei and Professor Laventon, you will discover Pokemon and study them, to add them to your Pokedex.

There are also new mechanics when coming up against Alphas, strong Pokemon that pose a challenge, using Agile or Strong Style approaches to battle. Using an Agile Style will raise action speed but lower move power, making the next turn come sooner. While using a Strong Style approach will raise the move’s power but lower the Pokemon’s action speed. You can also battle against other characters you come across in game, those who have a strong bond with Pokemon and might even challenge you to a battle. 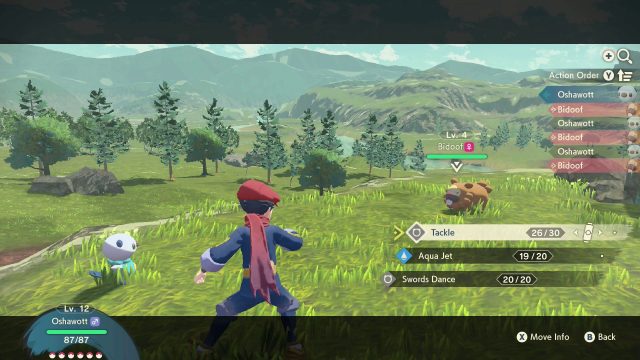 Taking our top spot this month is the Action-RPG Monster Hunter Rise which finally comes to PC. Starting the new year off right, you can join the hunt on a new platform. Monster Hunter Rise was released as an exclusive for Switch this year, bringing a number of fan favourite monsters with it.

This latest edition to the Monster Hunter franchise not only included the cute Palicos to help you in fights but introduced a new sidekick, the Palamute. Players can use them as mounts to get around the different maps, and can even fight while riding. Of course tackling larger monsters will require you to get right into combat, with the use of the Wire Bug, which lets you quickly leap in or pull yourself away to safety. There are also Silkbind Attacks which vary depending on your weapon choice, which adds some interesting manoeuvres making for some exciting action combat. You can craft armor, weapons and even layered armor not only for yourself but for your buddies, Palico and Palamute.

Capcom have already confirmed that all post-launch content that came to the Switch, will be releasing on day 1 launch for the PC version, so you can enjoy all the new additions including crossover content on launch day. The PC version includes 4K support, high-res textures, uncapped framerates, 21:9 ultrawide support and HDR display support. 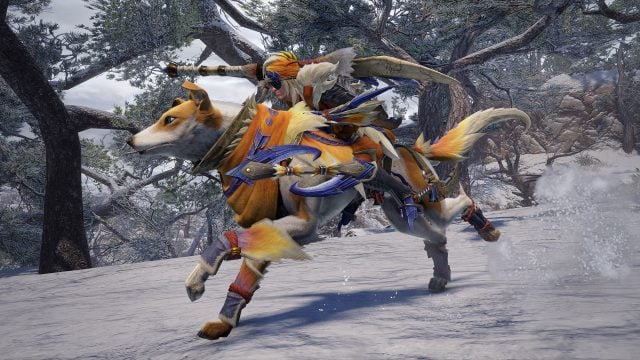 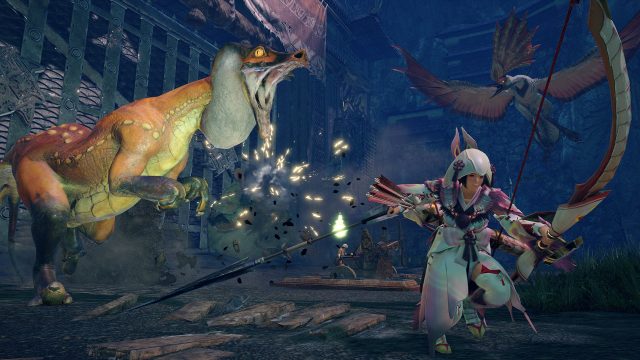 Did I miss your favourite January release? What games are you most looking forward to in 2022? Please let us know in the comments below.

You can also take a look back on our most anticipated titles of this in our Fextralife’s Top 10 Upcoming RPGs Of 2021. Our 2022 edition soon so stay tuned.