Welcome to the Top 5 Upcoming RPGs of February 2022! In this series, we highlight the Top 5 RPGs for the upcoming month. In this edition, we’re going to take a look at each of the titles, talk a little about each, and then explain why we think they deserve to be on the list. So join me now and find a mixture of some hidden gems and old favorites given a shiny new coat of paint.

Last month we kicked off the year with the arrival of some major titles coming to PC for the first time. This month takes a different theme as we have a whole bunch of new IPs, a couple of sequels and plenty of adventure you could shake a staff at. Whether you’re ready to hone your combat skills, a bit of magic, with some battles that will take place on horseback. Or if a party-based tale takes your fancy, we’ve got you covered. Without further ado, let’s get into the very exciting month of February for RPGs.

The third expansion to come to Guild Wars 2, End of Dragons takes our honourable mention this month. The MMORPG with fast-paced action combat dives into the current dragon cycle that has plagued Tyria, now beginning to unravel. Take on nine new elite specs to choose from as you return to the mysterious region of Cantha, home to the Dragonjade.

Be ready to engage in a new kind of combat with Siege Turtles, able to carry two riders, one to operate the weapons, and the other to direct the turtle. Also, in this expansion take on fishing upon your own skiff, to whip up local cuisine with what you’ve caught.

Head into Strike Missions, 10 player instances, to lead your fearsome squad into battle and gain rewards worth the plunder. A new set of third-gen legendary weapons and precursors will be at your avail.

Guild Wars 2: End of Dragons sets to release in late February 2022 on PC. 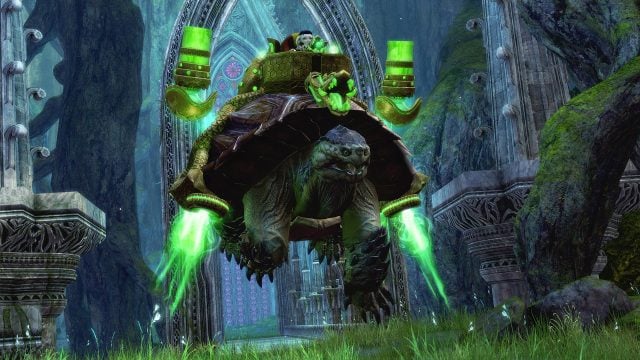 Finally unleashing from Early Access is the Celtic and medieval-inspired RPG The Waylanders. A party-based game that follows a narrative about culture and roots. A tale that spans over a time frame of a thousand years. Jumping forward in time to the middle ages, showing the outcome of your actions, but also time travels back. Players take on an adventure comprised of six base classes, as they explore a Celtic-Spanish wilderness filled with warring factions, monsters and magic corruptions. Build alliances, even pursue romantic entanglements, follow a story of a cultural shift and conflict.

This party-based game features real-time combat, with a tactical pause option for players to have control over offensive Formations. This allows for a deeper combat experience, as Formations allow for players to round up other party members to perform specific class-based moves against enemies. The title has six basic classes, a choice of 30 advanced classes and 9 companion characters to choose from, with the option for romance. This gives plenty of flexibility in terms of RPG playstyles and character creation.

The Waylanders will leave Early Access on Steam and GOG on February 2nd. 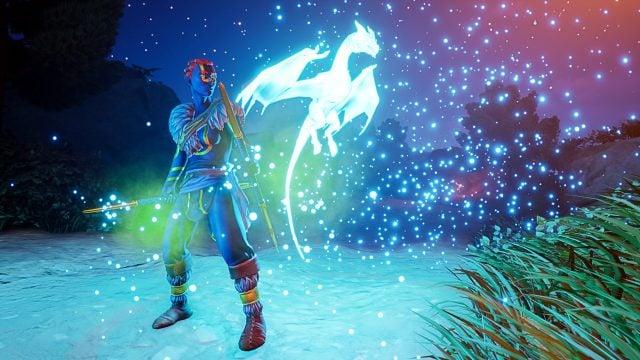 The sequel to Dying Light, Dying Light 2: Stay Human, a survival horror action RPG follows a post-apocalyptic zombie-filled world but 20 years later after the first game. Fighting the virus has not fared well, with The City now being one of the last human settlements on the brink of collapse.

This time you can team up with up to 4 players in co-op to kick some zombie butt. Dying Light 2 sets to give players a large skill tree of skills, letting players invest in a number of acrobatic and combat abilities. Parkour zombie kills anyone? Weapons include a range of melee options, with a weapon degradation system and makeshift ranged weapons.

It’s not just the combat that you can engage in as a group, players can experience story and side quests together, with the option to vote on choices to be made. The host will have the final say though. 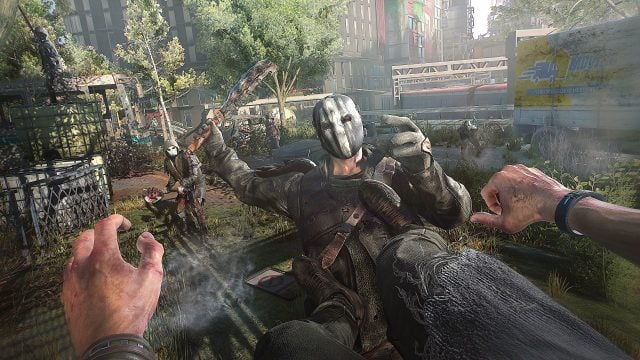 Lost Ark is set in a world where scattered pieces of a once whole Ark are hidden in the lands of Arkesia. Demons portaled between the worlds of Arkesia and Petrania, causing chaos and despair. Only with the Ark could Arkesia escape, but demon Lord Kazeros plans to once again invade. To stop his evil plan players will take up the role of heroes, to defend the lands.

This new MMO Action-RPG title sets to combine a number of genres in Lost Ark. The free-to-play title is a combination of Action-RPGs such as Diablo but with a more mass multiplayer experience. It has dungeons, raids and worlds bosses, which can also be taken on with other players. Explore the world through the sailing system to reach other continents.

Players can pick from a range of classes including Warrior, Mage, Assassin, Martial Artist and Gunner, 15 classes total including Advanced Classes. There are also PvP modes such as duels, and after level 26 you can access Luterra Castle which opens up more PvP modes. Players can take on Team Deathmatch, Deathmatch and Team Elimination for competitive PVP modes.

Lost Ark releases on PC via Steam on February 11th 2022, with founders gaining early access three days early. Be sure to head to our Lost Ark wiki for all the latest info and guides. 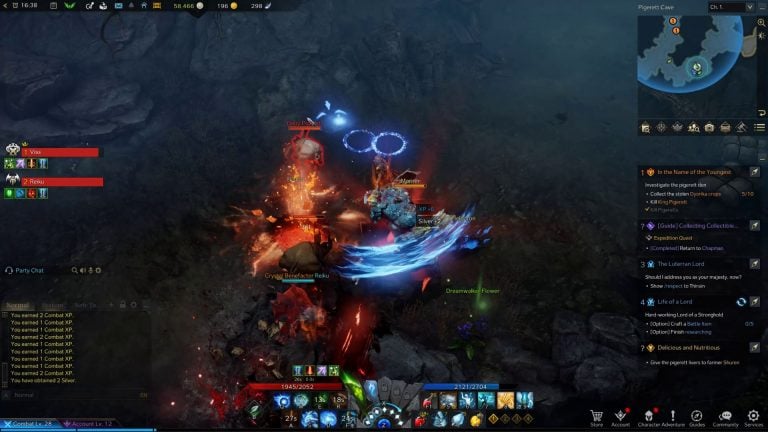 Free to play MMO Action-RPG Lost Ark comes with a range of classes with both PVE and PVP content.

The sequel to Horizon Zero Dawn, Horizon Forbidden West is heading… well west into lands less known. In this entry Aloy returns now venturing into areas where new tribes and machines exist. Also, there are new threats to be wary of such as the red blight, which has taken over the Forbidden West.

This instalment of Horizon sets to bring brand new mechanics to help you explore. Dubbed an Action-RPG with probably more emphasis on the action. Aloy will be gaining some new features such as new ways to traverse the world including free climbing, swimming, melee weapons upgrades, as well having to face new machine enemies. Players will also have access to a workbench to upgrade weapons and outfits. Expect a new skill tree with plenty of unlockable perks. A new melee feature for her spear includes a Resonator Blast and Valor Surge, designed for those who prefer a melee approach but with some added perks.

Horizon Forbidden West will release on Playstation 4, and Playstation 5 on February 18th 2022. 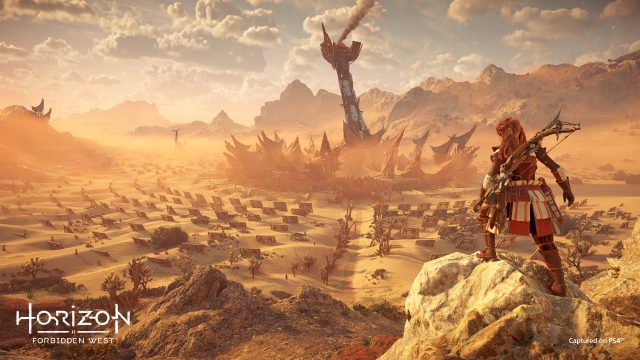 The one we’ve all been waiting for, for ooohh so long. Taking our top spot this month is none other than the collaboration between fantasy writer George R.R. Martin known for A Song of Fire and Ice and souls franchise creator FromSoftware, Elden Ring. Feels strange to be uttering the words it’s releasing this month, but it is indeed, being one of the most highly anticipated games releasing this year.

Elden Ring invites players into a new world, one that includes mounted combat upon spirit steed, spirit summons, and a narrative about The Lands Between, in an open-world setting. Team up with friends through multiplayer to defeat new deadly Bosses, or go it alone to die, die and once again die again to the horrific enemies that lie in wait such as the Flying Dragon Agheel.

Elden Ring has quite the range of magic with Incantations and Sorceries to wield. But melee players will not be disappointed as there is plenty of choice from whips to Great Axes. Having spent 70 hours in the network test, we can attest all classes are very distinct, with one of the biggest changes compared to souls games being the ability to change skills on your weapons, allowing for a much more customisable approach.

Be prepared to feast your eyes on Elden Ring releasing on February 25th for PC, PS5, Xbox Series X|S, PS4 and Xbox One. Drop by our Elden Ring wiki for all the latest info. 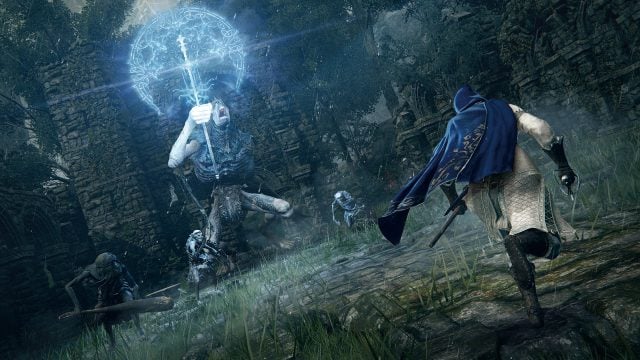 Did I miss your favourite February release? What games are you most looking forward to this year? Please let us know in the comments below.