Welcome to the Top 5 Upcoming RPGs of December 2022! In this series, we highlight the Top 5 RPGs for the upcoming month. In this edition, we’re going to take a look at each of the titles, talk a little about each, and then explain why we think they deserve to be on the list. So join me now and find a mixture of some hidden gems and old favorites given a shiny new coat of paint.

Join us in the last Top 5 RPGs of the year, can you believe it’s the last one of 2022? We had some stellar titles this year, and we’re looking forward to all the RPGs that are coming out in 2023. But before we do, we’re diving into a few more titles to keep you busy during the festive season. Last month brought a sim life RPG with a deadly season in Harvestella, which took our top spot, giving an array of activities to tend to in between battles. This month however brings a remaster, an expansion into the Bloom, treasure to unearth and heroes to rally. So without further ado let’s get into the month of December! 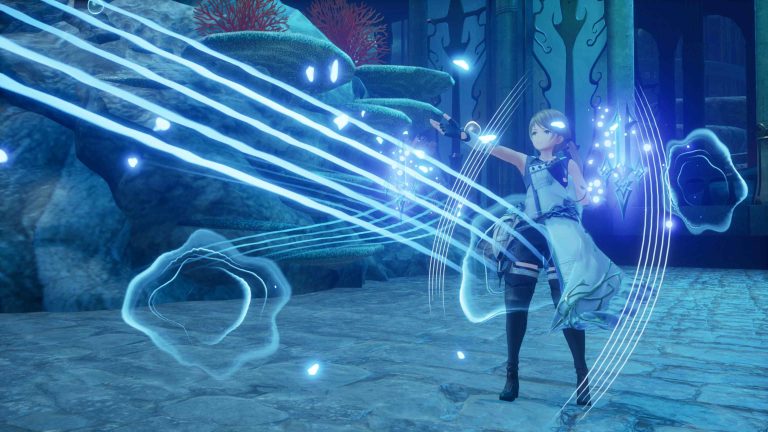 The first major expansion will be released this month for the tactical turn-based RPG Warhammer 40K Chaos Gate -Daemonhunters, called Duty Eternal. In this latest addition, players will be finding new ways to bring down the forces of Nurgle in a brand new mission. The Bloom has mutated further, bringing the wrath of the rampaging Technophade Outbreak.

Players will be aiding the Adeptus Machanicus to help stop the scourge. This will unlock new tools to help strategise your battles. Also new in this expansion are the Dreadnought, letting the fallen Grey Knights pilot it as infantry support. A new Techmarine class called the Machina God will add further tactical options. These masters of machines also have a range of specialisations, such as the Bombards that have wide-ranging blasts and Breachers that will break enemy armor with their unforgiving melee attacks.

Duty Eternal not only brings a new challenge but further gameplay features to unleash your power upon enemies. With the Archeotech resource, you can now boost your battlefield abilities by releasing the Tech-Priest Dominus Lunete on this particular mission. 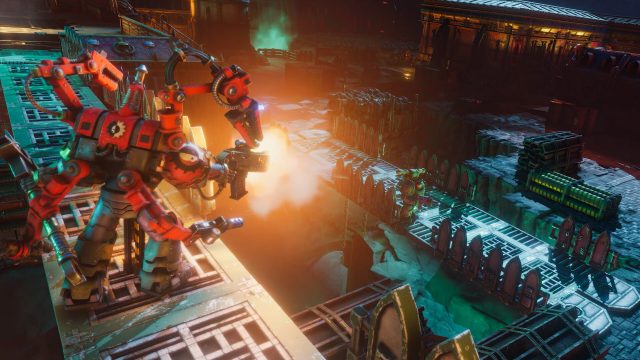 Kynseed will be leaving early access this December, finally fully launching on Steam. Developed by ex-Fable series devs, the slice-of-life title includes everything you could want from a life sim including farming, running a business, raising your own pixel family and exploring a world. There’s also crafting and engaging in real-time combat with the strange creatures of the world of Quill.

What’s also interesting about Kynseed is when a player’s character eventually dies, the control is then passed down to their children. This includes your skills and powers, a passing of the torch. This multi-generational story continues on through the offspring of your characters. Combat combines turn-based RPG with strategy as well as reactions of an action title, using up stamina for blocks and movement. You can use special charms and wards to help buff your character as well as debuff your enemies.

Kynseed was in early access for the past few years, with the developer gaining feedback from players and improving the title. The game has seen over 100,000 players in early access. If you like the idea of a Fable-fueled, Stardew Valley adventure then Kynseed might be worth checking out this December.

Kynseed with its pixel art style and its cosy life sim mechanics will be launching fully on December 6th 2022. 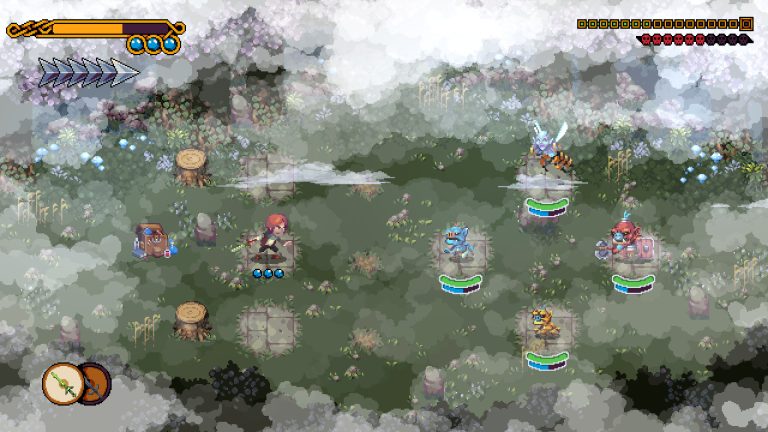 Giving fans a refreshed experience of the classic RPG, Romancing SaGa Minstrel Song Remastered heads to a range of platforms in December. The game follows eight different characters in which players can choose to play and explore the overworld with. Set in Mardias, centuries ago Saruin, Death and Schirach, battled against Gods and their mortal offspring. One God Elore forged Fatestones, passing them to the hero Mirsa in order to save the world. Sacrificing his life to stop Saruin and seal his power, the Fatestones end up scattered across the world. As the centuries pass, the story has begun to fade out of memory, but traces of Saruin’s influence has started to reveal themselves. Whether the Fatestones can put a stop to him and where they are located will be your adventure to follow.

The Romancing SaGa Minstrel title was released in 2005 for the Playstation 2, a remake of the SNES version. It eventually made its way to more systems thereafter. This version however elevates its visuals with higher resolution graphics, updated UI and the addition of quality-of-life features such as a fast-forwarding system mode.

The remaster also adds over 10 high-level bosses to face in the end-game. The title features the Glimmer and Combo systems, letting characters take on new abilities during battles. The remastered version also adds recruitable characters that can be playable in your party. Even the music gets an update with a reimagined version of the track “Melody of Evil and Divinity” by the series composer Kenji Ito. 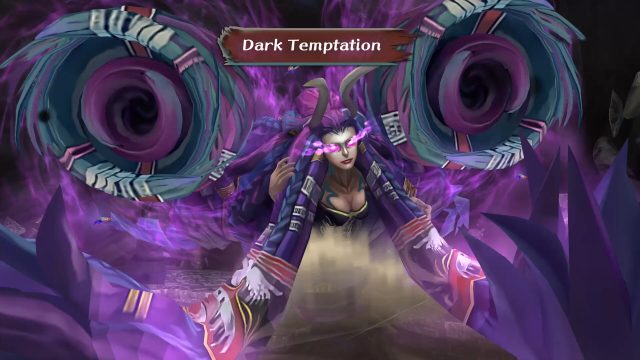 It’s time to delve for some treasure in the new spinoff title Dragon Quest Treasures. Following Erik and his sibling Mia who both long to be explorers. They finally get their wish when they encounter Porcus and Purrsula, creatures from another world. This leads them to embark on an adventure into Draconia on board their Viking longship. This land is full of mystery and of course treasure!

Treasure hunting in this game comes with the assistance of monster companions, they will tip you off when you are getting closer to something precious. You will know when you’re getting close, as a little speech bubble will appear above their heads. In order to unearth these treasures though, there will be some exploring involved. Firstly players will need to decide which island to send Erik and Mia to visit. Purrsula and Porcus will give a “Treasure Forecast”, detailing the kind of loot that will be available.

While some bric-a-brac is fairly easy to find, others will be much rarer and hidden throughout the world. In order to find these, you will need to use a Fortune Finder that grants a special power , to reveal the treasure’s location. Using monster companions to help seeks out these items with different Treasure Visions. For example Muckingham’s Vision is precisely as it sounds, a muddy view of the terrain.

Dragon Quest Treasures will be coming to the Nintendo Switch on December 9th. 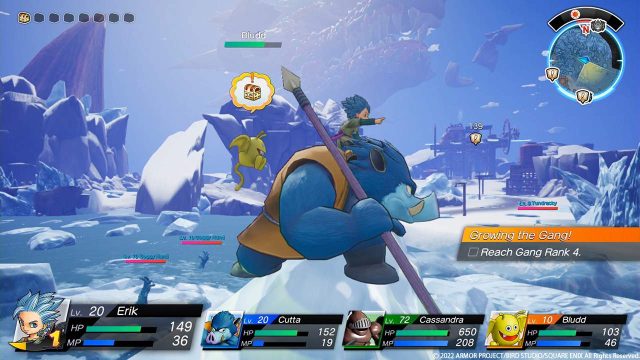 Hunt down precious loot with your monster friends in Dragon Quest Treasures.

Taking a refreshed look at the PSP title, Crisis Core: Final Fantasy VII Reunion is the remastered version of the original title. It will follow the story of Zack Fair, a young warrior who has the destiny to save the world. He also plays a vital part in the next Final Fantasy 7 remake titled Rebirth.

In this remaster the game is getting much more than just the graphics facelift. The title will full voice acting in both English and Japanese, with previously unvoiced scenes now getting full VA for the first time. Reunion will have new summon cinematics as well as an updated combat system. This means a much smoother experience when it comes to combat in gameplay, getting a similar treatment to the Final Fantasy 7 Remake. However, combat is in real-time, meaning there won’t be any breaks in the action, performing combos to execute different moves.

Other changes include new music arrangements by the original composer. Characters will all have reworked 3D models and backgrounds also gaining an upgrade. So get ready to rejoin fans’ favourites, Aerith, Cloud, and the antagonist Sephiroth in Reunion. 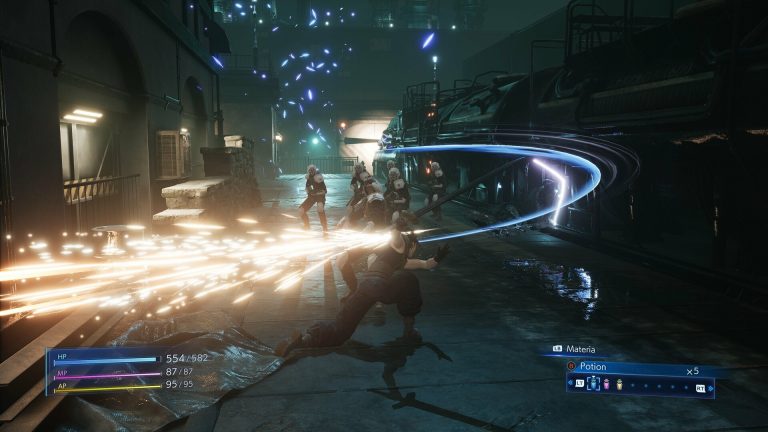 It’s time to reunite with Aerith, Cloud and this time Jack in the remaster Crisis Core Final Fantasy 7 Reunion.

A new superhero title joins us in December, this time with a tactical RPG flavour. Marvel’s Midnight Suns will feature your own customisable character, The Hunter. But The Hunter has a bit of a complicated backstory as their mother is Lilith, the Mother of Demons, who sides with Hydra. Raised by Lilith’s sister the Caretaker who doesn’t quite share mum’s evil motives. Players take on the role of a new superhero called The Hunter, tasked with assembling a crack team to take down Lilith and her army of Hydra allies.

Recruit heroes from twelve characters, in the tactical RPG developed by XCOM studio Firaxis. Players will be able to use characters such as Spider-Man, Wolverine, Ghost Rider, Blade, Iron Man, the Scarlet Witch, Captain America, Magik and more. The title features tactical combat, using cards that have abilities and perks. Each turn consists of three cards and one to two moves, two redraws and special items you may have acquired.

These cards include life skills, damage dealers and different strategies. Players can team up with three other superheroes and take on turn-based missions. The game also has a heavy focus on deep roleplaying systems. There is also a season pass which will have four post-launch DLCs featuring new heroes, character skins, missions and more. 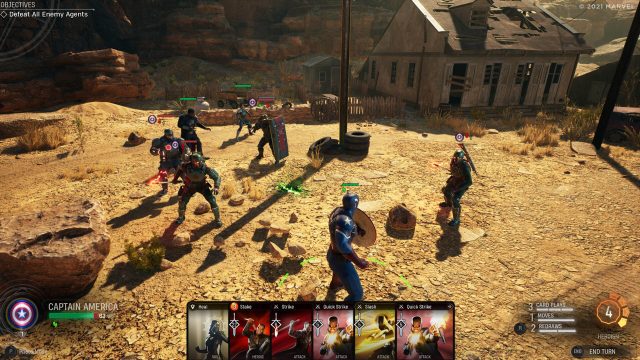 Marvel’s Midnight Suns brings a whole gang of superheroes to team up with in the turn-based card RPG.

That’s a wrap for the Top RPGs of December. Did I miss your favourite December release? What games are you most looking forward to in 2023? Please let us know in the comments below.