Welcome to the Top Upcoming RPGs of August 2019! In this series we highlight the Top 5 RPGs for the upcoming month. In this edition, we’re going to take a look at each of the titles, talk a little about each, and then explain why we think they deserve to be on the list. So join me now and find a mixture of some hidden gems and old favorites given a shiny new coat of paint.

Getting further into the second half of the year, we’ve seen some turned based and strategy titles last month. With the top spot going to the tactical RPG Fire Emblem: Three Houses which offers an interactive hub between battles and even ways to recruit. This month brings some fast paced action titles as well as fantasy with some classic features. Without further ado let’s get into the month of August! 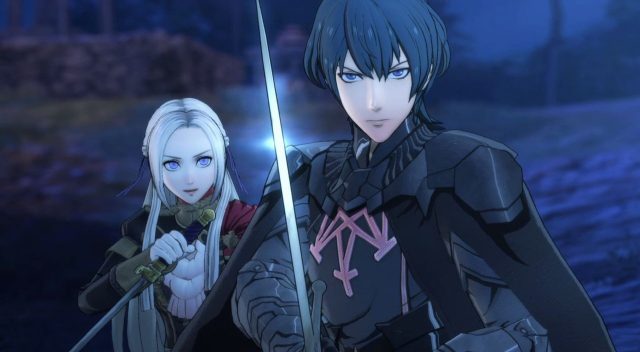 Honourable Mention – Remnant: From the Ashes

This month’s honourable mention goes to the action third-person shooter, Remnant: From The Ashes. A darkly set title in a post-apocalyptic world full of ferocious monsters who are far from friendly. It’s down to yourself and two other survivors to protect what remains of humanity by taking on the hordes of evil.

Gunfire Games present a co-op with up to four players total, to battle in a fast paced shooter against 100 different types of enemies and over 20 epic bosses. What sets this title apart is its rogue-like features, each playthrough is different due to its dynamic generation system where maps, enemies, quests and even enemy combinations change each time you play. The title offers flexible gear-based progression, four distinct worlds, solo and co-op gameplay.

Remnant: From the Ashes is releasing on August 20th, if you want to get your hands on it early you can gain VIP access on August 16th by pre-ordering. 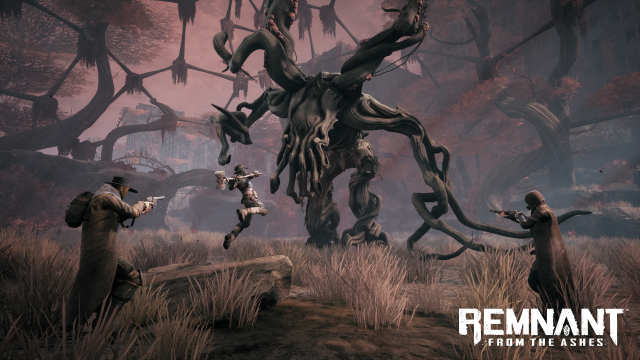 The action RPG Sword Art Online: Fatal Bullet joins a new platform this month which is the Nintendo Switch. The Complete Edition brings players to the world of Gun Gale Online. Experience this adventure in third person which includes fast paced action, a unique story and RPG progression.

The story of Sword Art Online: Fatal Bullet takes place in a virtual reality world of an MMO.  The fantasy universe of Gun Gale, where players pick their own avatars with customisable options. Take your pick from a range of weapons from pistols to rocket launchers and of course swords.

The complete edition contains all four expansion packs previously released which includes Ambush of the Imposter, Betrayal of Comrades, Collapse of Balance and Dissonance of the Nexus. The Switch edition comes with the option to aim using Joy-Con’s gyro sensors. You can team up with a maximum of eight players locally and online for battle royale modes. 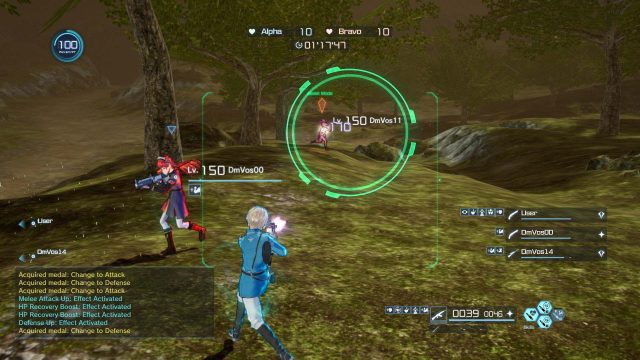 Crystar is an action RPG developed by FuRyu Corporation and published by Spike Chunsoft. The protagonist, Rei  known as the “Warrior of Grief”, fights her way through Purgatory to rescue her little sister Mirai. In order to revive Mirai, Rei strikes a deal with two Demons to become an Executor of Purgatory, by facing her past and confronting the monsters ahead.

Crystar lets the player utilize the power of grief; craft weapons and armor using Rei’s tears of anguish to further your strength on your quest to save Mirai. Using Rei’s tears isn’t just to craft weapons and armor, it also is able to summon a Guardian to protect her in battle. You can play four different characters each with their own set of memories which you will uncover. This is one game where crying is used to empower and face grief head on.

Crystar is due out for PlayStation 4 and PC via Steam on August 27 in North America and August 30 in Europe. 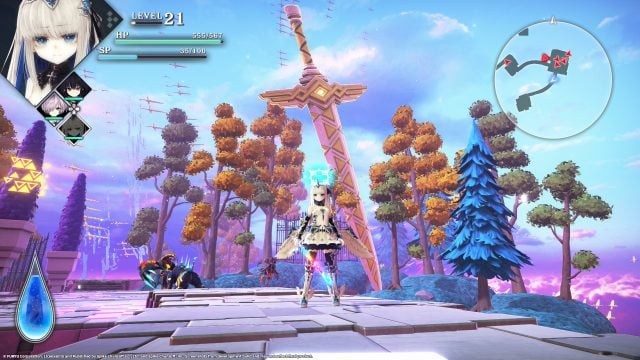 Oninaki shares the story of Kagachi, a so-called Watcher with the ability to move between the Living World and the Beyond. In a tale where the the Watcher must seek out wandering souls of the dead who are the Lost, to send them on their way onto the next world. Those who depart suffer from regret or pain from previous existence have a chance to turn into monsters, it’s up to the Watcher to save these souls and prevent this from happening.

Tokyo RPG Factory takes inspiration from the classic JRPG genre, taking on some similarities in aesthetic to their previous titles Lost Sphear and I Am Setsuna, but going with bolder colours and a slightly different art style. The title features an action roleplaying battle system with real-time transitions between classes known as Daemons. These lost souls are found throughout the world, come with a number of abilities and wielding a variation of weapons. 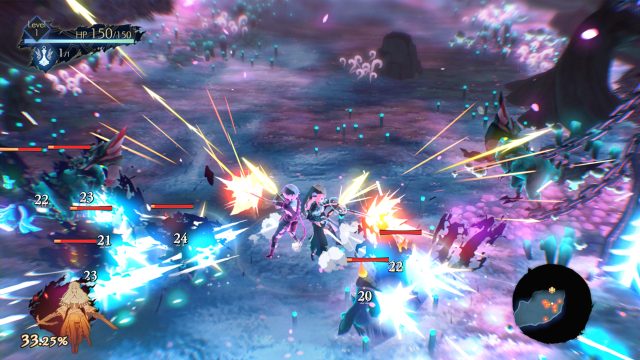 Black Desert will be joining a new platform this August which is Playstation 4. The story begins with the Black Stone, an energy source that has now created a war between the capitalist Republic of Clapheon, and the absolute monarch the Kingdom of Valencia. With the help of the Black Spirit, a being who’s fate is a part of yours, you will discover the mysteries that lie in wait.

The fantasy MMORPG comes with highly detailed character customisation tools, high action combat with monsters to slay, a huge open-world to explore and Life Skills such as crafting, hunting fishing and more. The action title has six playable classes, which includes Warrior, Ranger, Sorceress, Berserker, Wizard and Witch. Using a real-time combat system you can experience abilities on the battlefield against mobs of enemies including world bosses.

Whether you enjoy fast-paced combat, or the slower side of MMO life with crafting, fishing and cooking, this magical realm has plenty to conquer.

Black Desert releases on Playstation 4 through the Playstation store on August 22nd and 48 hours earlier for Deluxe or Ultimate pre-orders. 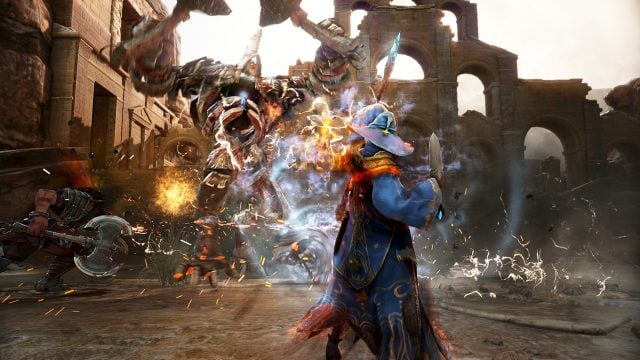 World of Warcraft Classic brings players back to a simpler time, before the many expansions. While Classic won’t be exactly like the vanilla days it does bring players closer with dedicated servers and will be based off the Drums of War patch 1.12. Classic has long been requested by fans of the game who wanted to go back to a time where WoW was more social, there are no raid or dungeon finders in Classic which means joining guilds.

The game comes with original combat mechanics, skill trees and even the original character models. Expect a level cap of 60, with classes to choose from including Druid, Hunter, Mage, Paladin, Priest, Rogue, Shaman, Warlock and Warrior. Whether you’re diving in for nostalgia or interested to experience World of Warcraft before Cataclysm, Classic will be available to all this August. In order to play you will need to have an active WoW subscription, which will allow you to create up to three characters per account. You can reserve your character name as early as August 13th. 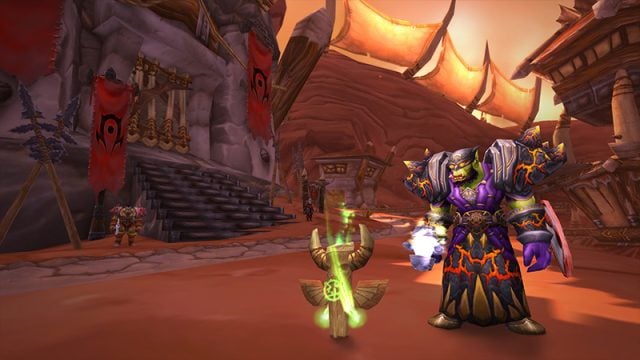 That’s a wrap for the Top RPGs of August. Did I miss your favorite August release? What games are you most looking forward to this year? Please let us know in the comments below.