Welcome to the Top 5 Upcoming RPGs of April 2021! In this series we highlight the Top 5 RPGs for the upcoming month. In this edition, we’re going to take a look at each of the titles, talk a little about each, and then explain why we think they deserve to be on the list. So join me now and find a mixture of some hidden gems and old favorites given a shiny new coat of paint.

As we get further into 2021 more RPG releases are underway, which means an exciting year for RPG games. Last month we saw a new entry for the Monster Hunter series, Rise which dove into the Kimura Village, bringing a cool new mechanic the Wire Bug. This month we are seeing some classics getting an upgrade, coming to new platforms and an exciting sci-fi co-op, with an anomaly granting some strange powers. Without further ado let’s jump into the month of April to see what RPG gems are awaiting us this month! 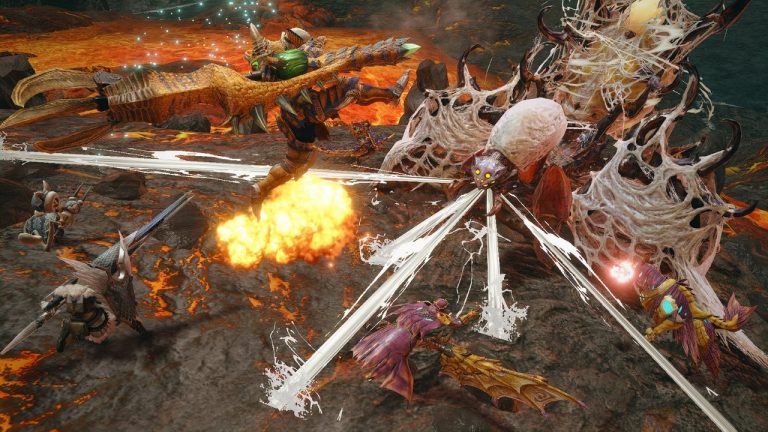 The finale of the epic saga comes to new platforms this April, The Legend of Heroes: Trails of Cold Steel IV will be releasing on PC and Switch. As the Erebonina Empire edges even closer to the brink of war, the heroes of Class VII make their return after the events of Trails of Cold Steel III. Rean Schwarzer has gone missing, as the Empire on the path of domination continues to strengthen.

Players can expect new and returning systems in this story rich JRPG in this epic ending to the series of games. Gain the ability to summon giant mechs for the battlefield unleashing devastating attacks, choose Auto Battle to speed up combat and take advantage of the Lost Arts, an exceedingly powerful Orbal magic, which could mean a victory at hand. Take part in mini-games inbetween battles, which will include returning favourites such as Vantage Master, fishing and puzzles. Some new additions include Poker, Blackjack and the Horror Coaster.

The Legend of Heroes: Trails of Cold Steel IV will release on April 9th for Switch and PC. The game is already available on PS4. 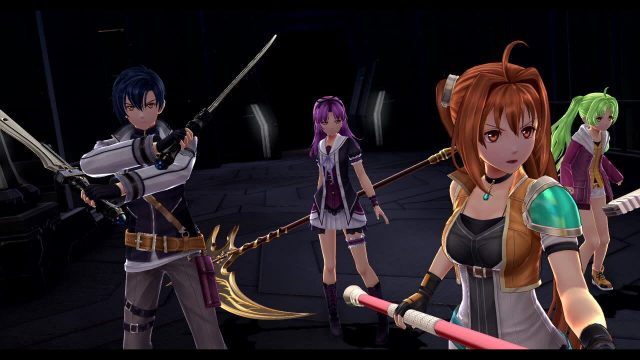 5. We Are The Caretakers

We Are The Caretakers is an afrofuturist squad management RPG where players will arrange their own arcane team inspired by Darkest Dungeon, XCOM and Ogre Battle. In this title you are in charge of defending the endangered species of this world, a caretaker for the ecosystem, with strategic turn-based combat. There are things to keep in mind though, such as reputation, funds, research, animals and alliances. Make your decisions wisely in this morally complex world.

Caretakers is a mix of diplomacy, dealing with consequences of your actions, fending off poachers, and the messy reality of animal conservation. Build a squad of 9 characters all with diverse traits, weaknesses, abilities, and personalities. There are 20+ job classes to adopt, giving a range of customisations to your team. You will have some rhino-like animals to care for, including Baby Raun’s who will still want a cuddle even when they’ve grown considerably large and unaware of their size, how crushingly cute.

We Are The Caretakers will be releasing on PC via Steam Early Access on April 22nd. 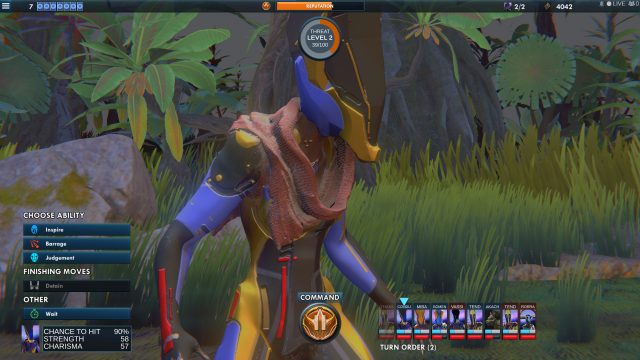 After winding up lost in Hell, you must seek the way back to the Mortal Realm, along the way you team up with Poisonette who can possess your body. In this one body of two souls, you will purify the hearts of the fallen. Fight the Kleshas, toxic creatures who are bringing beings into the hellish realms.

Poison Control is a turf war-styled Action-RPG, where you will journey through Belles’ Hells, spiritual realms which form from the sullied hearts of girls…no seriously that’s the plot. Unlock weapons and enhancements along the way, to customise your playthrough which includes poison bombs, diffusions and fire poisons. You can also swap between the Soul Mate with their gun-wielding with firepower and Poisonette’s poison-absorbing abilities, to destroy creatures.

Poison Control looks to be a colourful and fun journey of redemption, with vibrant gameplay in true NIS form.

Poison Control will release on April 13th on Playstation 4 and Nintendo Switch. 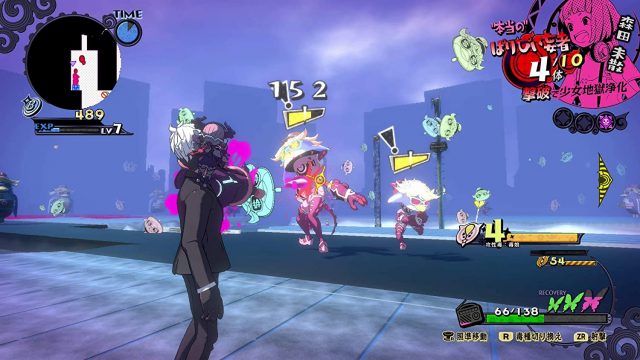 Relive the classic 1998 saga in SaGa Frontier Remastered coming to an array of platforms this month. Embark on an adventure with your favourite character, with eight characters to choose from, each with different endings and goals. You are put into the driver’s seat as choices will impact the events that unfold with the Free-Form Scenario System. This in-depth system will mean your decisions will expand the tale and create a story of your own.

Frontier is set in the sci-fi world of “The Regions”, a group of worlds each with their own culture, races, tech and even magic. Players will go against groups of enemies, in turn-based combat, choosing actions and watching them play out now all in HD. Use the “Glimmer” ability to teach your characters new skills and attacks, plus more.

In this remaster you can follow a new main character called Fuse, after unlocking certain conditions. There are also new Fuse scenario features such as a new soundtrack from Kenji Ito and new content to enjoy. There are also Phantom Cutscenes, scenes that were originally cut from the game, are now part of the remaster, letting players dive deeper into the story than ever before. 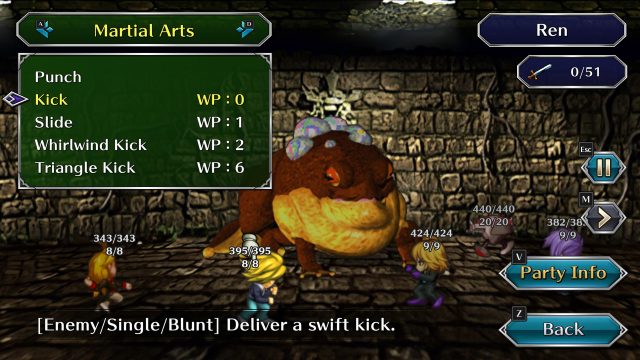 Outriders  is set in a sci-fi universe of Enoch where humans are striving to save humanity in a last chance stretch by attempting to colonise a new Earth. But with strange occurrences known as “The Anomaly”, these storms are ruthless and cause the colony to go into cryo-sleep. When they emerge 30 years later, they now possess strange powers, including the ability to wield fire with bare hands and be able to freeze targets in place. There are also strange supernatural beings that are far from hospitable.

In this co-op shooter, players can choose from four different classes with up to three in a party. The Technomancer, a rather flexible class that utilises a long ranged gun, possessing healing abilities. The Pyromancer uses the element of fire, wielding flames to incinerate enemies. The Trickster can manipulate space and time, dropping in on foes for close-ranged attacks. Lastly the Devastator, a tanky class that uses the earth element to stand their ground.

Outriders will have full cross-play support, meaning everyone across platforms can co-op together. Players will also receive free game upgrades from PS4 to PS5 as well as there is support for Xbox platforms through the smart delivery system. So even if you don’t the next-gen console by the release date, you can still pick up a copy without the worry.

Outriders will be releasing on April 1st, for PC, Xbox Series X|S, Xbox One, Playstation 4, Playstation 5, and PC via the Epic Games Store. 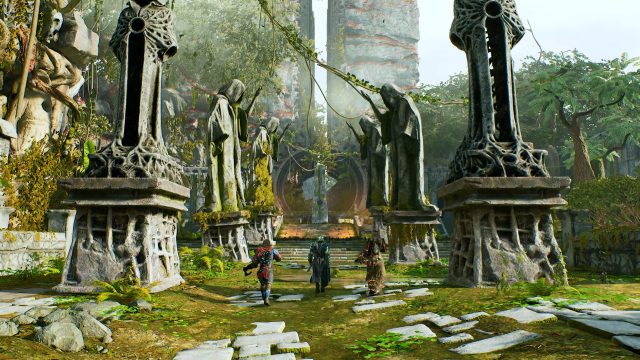 NieR Replicant 1.22474487139…yes that is the actual title for this Action-RPG, a prequel of sorts to the infamous NieR Automata, set in the same world but following different characters. In this entry, players will be invited into a dark, apocalyptic world on a brother’s quest to cure his sister Yonah of a deadly disease, the Black Scrawl. This quest will cause them to question everything about their world which is on the brink of extinction.

Square Enix producer Yusuke Saito describes it as a “version up” opposed to a remake or remaster. The new version is set to include fully voiced lines, new content, new music compositions by the original composer Keiichi Okabe.

In this rendition of the game combat comes with a smoother experience compared to the original game, enhancing the gameplay for fans, making it closer to the experience found in NieR Automata. The visuals have also be given a face-lift, taking advantage of the modern-day consoles’ capabilities.

NieR Replicant will be getting a similar Weapon Story system as NieR Automata, with expanded weapon memories.

That’s a wrap for the Top RPGs of April. Did I miss your favourite April release? What games are you most looking forward to this year? Please let us know in the comments below.