Welcome to the next entry in a monthly Fextralife series highlighting the Top 5 RPGs for the upcoming month. In this edition, we’re going to take a look at what we think are the Top 5 RPGs of September 2017, talk a little about each, and why we think so highly of them. Hop in and discover some new games you haven’t heard of, or learn a little more about ones you do know. Watch the video above and read on for the text!

The first game on our list is controversial because many players don’t consider it an RPG, while others while swear on their grandmother’s grave that it is. I’m sure you all know which game I mean, I’m talking about Destiny 2.

The sequel to one of the most played shooters of all time, Destiny, is almost upon us. Love it or hate it, it’s only 3 weeks away, launching on September 6th for PS4 and Xbox One. Unlike its predecessor, Destiny 2 will also launch on PC on the 24th of October, marking the first game in the legendary franchise to do so.

Having played the Beta, a couple weeks back, we learned there are some differences to the ways Weapons and Supers are handled, but that the core gameplay is largely the same. Since the demo was much smaller than the precursor, and there was no leveling, it was hard to get a good sense of what’s different and what’s the same. My guess is that if you enjoyed Destiny then you will enjoy Destiny 2 and vice versa. If you still can’t get enough Destiny, 2 years later, I doubt you’ll be disappointed. You can buy it to get pre-order bonuses here, and check out our Destiny 2 Trophy Guide & Roadmap. 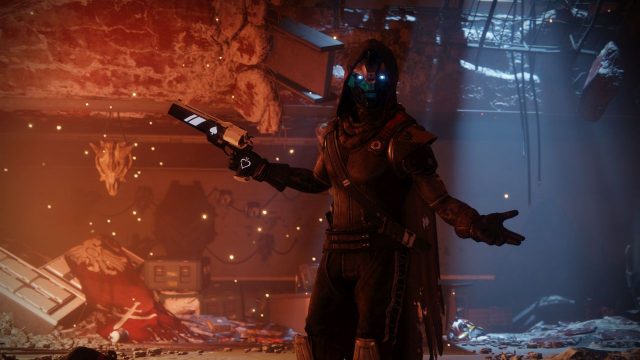 The second expansion to the award winning MMO RPG: Guild Wars 2 is coming on September 22nd to PC. Players will lead their allies in the hunt for the rogue god Balthazar, whose scorched-earth campaign threatens the very existence of Tyria. Being added with the expansion are new Elite Specializations, that allow players to further customize the Class they play. Warriors, for example, can become Spellbreakers, specializing in defeating magic users. Also, for the first time in the game’s history, Mounts are being added to let players traverse the landscape even faster. Each mount will come with a unique skill that will aid the player in his journeys across the Crystal Desert. 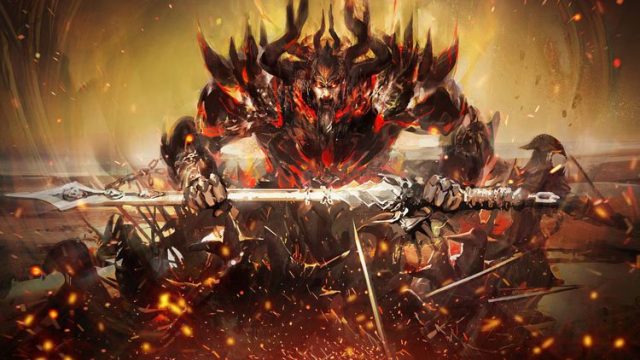 Warhammer 40,000: Inquisitor – Martyr is an isometric “hack and slash” Action RPG coming to PS4 and Xbox One September 12th and PC and Mac later this year.  Players will choose one of 3 different Inquisitor classes: Crusader, Assassin or Psyker and will need to choose from one of 3 specializations within that Class. Once finished you will set out on one of the game’s many missions which are all connected within one campaign. You can either play alone or with other Inquisitors in cooperative mode, acquiring vast quantities of loot and improving your character. The game also features limb targeting on larger enemies and bosses, allowing you to reduce their effectiveness before you finally finish them off with one of many visceral executions. Been looking for a game to quench your Diablo 3 and Warhammer 40,000 itch all at the same time? Well this just might be the game for you!

If Diablo 3 and Warhammer 40k had a baby…

Ys VIII: Lacrimosa of Dana is a Japanese action role-playing game developed and published by the Nihon Falcom Corporation and is the eighth installment in the Ys video game series. The game was released in Japan last summer, but will be releasing world wide on September 12th for PS4, PS Vita and PC. Players will follow Adol Christin on a new adventure on a far away island, where they will will take on new and fantastic enemies and recruit new characters into their party. Ys VIII is a game that blends the traditional “JRPG” with more modern Action RPGs and almost has a bit of that Zelda feel to it. If you’re an anime or JRPG fan, or think you might identify as one, you’ll want to check this game out. There’s a free demo available on the Playstation Store! 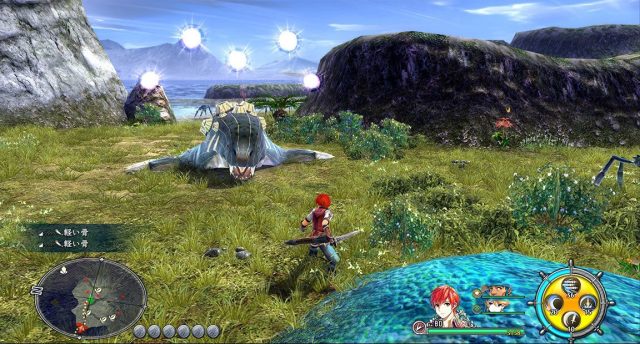 Watch out for the land sharks!!

Death’s Gambit is a side-scrolling hack and slash Action RPG that is sort of a mashup between Dark Souls, Shadow of the Colossus and something like Salt and Sanctuary. Death’s Gambit features a unique art style that sets the stage for some extremely engaging and intense boss fights, some of which are taller than your screen by a large margin. Players will defeat enemies, and collect new weapons and armor, all while using a stamina based attack system, that prevents you from just mashing the attack button. Weapons all have different attack patterns and moves, incorporating more complex elements for a 2D game, which include dodging, blocking or staggering enemies. Players will also receive special rewards by defeating bosses in certain ways, for example, not healing during the fight, which adds an intriguing element to the game. This metroidvania title is set to release on PC, Mac and PS4 on September 19th of this year. 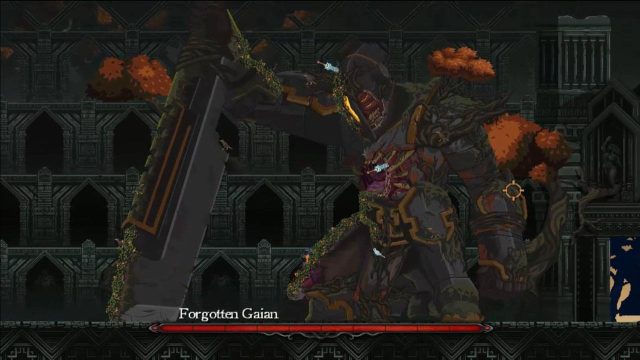 Man that was one hell of a night…

Divinity: Original Sin II is the sequel to the critically acclaimed Divinity: Original Sin by European developer Larian Studios. Players take on the role of Sourcerers, who are powerful people who can call forth monstrous creatures from the Void. Captured and imprisoned, you must escape and find a way to stop the spread of the Void across the land. Character Creation has more depth than ever before with the addition of Races, and battles are fought in a pen and paper turn-based style manner, in which the environment and surrounding play a huge role in determining the outcome. There is nothing like shooting a Poison Mist Arrow at some enemies with your archer and then igniting it with a Fireball from your Mage.

Players were able to play cooperatively in the game’s predecessor, but now you will be able to play with 3 other people instead of 1. On top of that, Divinity: Original Sin 2 also features a Dungeon Master Mode, whereby a single player can control enemies and play against other players within the campaign. And, speaking of playing against players, the game includes an arena so you can test your mettle against others and hone your skills when you need a break. All-in-all, Divinity: Original Sin 2 is a strong candidate for RPG of the year. Let’s hope it gets a delayed release on console like the first game did… 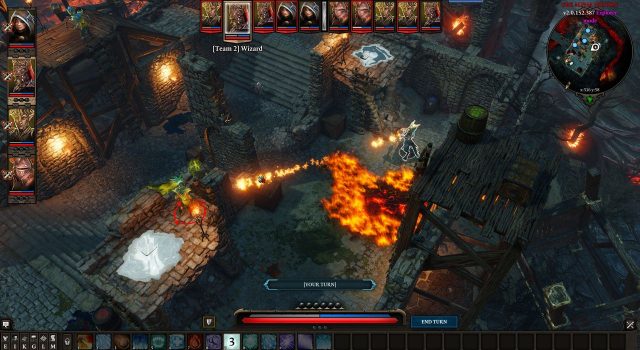 Fireball to the face…

That’s a wrap for the Top RPGs of September. Thoughts on the list? What are you looking forward to? Let us know in the comments below