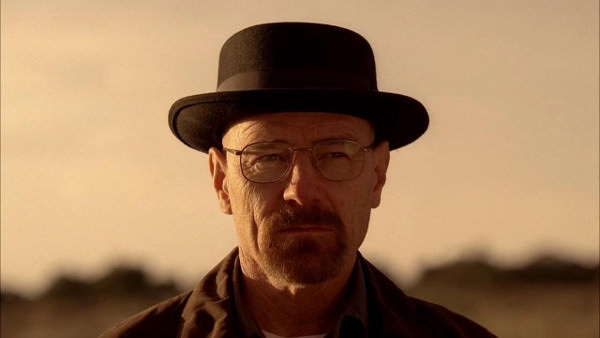 The Walking Dead, Dexter, Sons of Anarchy, Parks and Recreation, Justified… there is no shortage of great television to watch these days. With an increasing level of quality and sophistication, television has become the go-to medium for groundbreaking drama and deep, engaging serialized storytelling. It’s easy to forget that in the age of Here Comes Honey Boo Boo, we are also living in the age of shows like The Shield and Battlestar Galactica. Since the dawn of the new millennium, there has been an avalanche of fantastic programming.

Even with the surplus of spectacular shows to watch, some clearly stand out from the pack. Here are, in my opinion, the absolute best shows of the new millennium.

#10 Orange is the New Black

I reserved number 10 on my list for a guilty pleasure show. Objectively speaking, Orange is the New Black isn’t worthy of a number 10 spot, but this exceptional lesbian prison drama by Jenji Kohan, creator of Weeds, has become one of my favorite shows in just one captivating season. I thought about putting House of Cards here, or Battlestar Galactica, or half-a-dozen other shows more worthy of a place within the top 10, but I don’t want to wake up in the middle of the night to Crazy Eyes pissing on my bedroom floor.

Six Feet Under was written by Alan Ball, the same writer behind the 1999 film American Beauty. A dense, complex drama which deals with death, sex, addiction, grief, depression, and interpersonal relationships on a level rarely matched in any medium. Over the course of the series you will become incredibly attached to the characters, which makes the breathtaking season finale a bittersweet affair.

David Simon’s latest television project is unlike anything you have ever seen. Incredible camerawork, complex characters, Simon’s trademark sociopolitical and socioeconomic commentary – all set to one of the best soundtracks you will ever hear – paints an authentic portrait of the struggles in post-Katrina New Orleans. Like Simon’s earlier work, it takes a while to sink its teeth in you, but once it does you will become immersed. I don’t think anyone has summed it up quite as well as Linda Stasi from the New York Post: “Treme is like Cajun food–it’s spicy, it’s weird, and it’s good, but it takes a while to appreciate.”

Boardwalk Empire is stylized, sexy, savage, and smart. Martin Scorsese and Terence Winter have created something special and unique with this period drama, which shows both the high society and seedy underbelly of Prohibition era Atlantic City. Steve Buscemi is fantastic as Nucky Thompson, Atlantic City’s treasurer and premier booze smuggler, Jack Huston is haunting as the battle-hardened and disfigured Richard Harrow, and Stephen Graham from Snatch absolutely owns the part of Al Capone. This show should not be missed.

I have never been a big fan of the American western genre, so I was skeptical going into Deadwood. Boy, was I wrong. Created and written by David Milch, Deadwood tells the story of Deadwood, South Dakota, set in the 1870s before the town’s annexation into the Dakota Territory. Timothy Olyphant plays the main character, Sheriff Seth Bullock, who moves into town looking to start a hardware store with his partner Sol, played by John Hawkes. After moving into Deadwood it becomes obvious that the entire town is being run by the owner of the Gem Saloon, Al Swearengen, played by the incredible Ian McShane. William Sanderson, Dayton Callie, and Keith Carradine all have standout performances as the astronomically creepy grotesque E.B. Farnum, Charlie Utter, and Wild Bill Hickok respectively, but if you find no other reason to watch the show, watch it to see Ian McShane as Al Swearengen. Swearengen is one of the best characters ever on television, and will singlehandedly teach you about 200 new uses for the word ‘cocksucker.’

Mad Men has some of the best writing on television. It’s a slow, character-driven drama which could even be accused of lethargic pacing at times, but the payoff is well worth it. On the surface you have the stylized, sexy, seductive setting of an advertising agency in the 1960s, helmed by the arrogant and cynical Don Draper – Manhattan’s premier creative director. Dig deeper, and the show tackles themes such as alcoholism, adultery, identity, racism, sexism, and morality in a time full of radical shifts in culture. The characters are flawed, ruthless, immoral, and some downright unlikable at times, but their interactions and the situations they deal with don’t just paint a picture of life in 1960’s New York; they also correlate with struggles and issues being dealt with today.

Game of Thrones is based upon George R. R. Martin’s expansive fantasy series A Song of Ice and Fire. Deep, interweaving plot-lines, deception, lies, intrigue, wars, assassinations, blackmail, corruption, magic, sex, dragons… what the hell else could you ask for out of a television show? Martin’s books are deep, rich, and complex, but admittedly bludgeon you over the head with exposition at times. David Benioff and D.B. Weiss have taken that world, trimmed the fat, and have delivered one of the most incredible, undeniably enjoyable shows to ever grace a television set. If you haven’t ventured into the realm of Westeros yet, you don’t know what you’re missing.

It’s The Sopranos. What do I really have to say here? Not only was The Sopranos an excellent show, but it was also one of the most influential television series of all time. Without it, many of the shows on this list may never have happened. It helped to solidify the television serial into a recognized art form on par with Hollywood films, it showed that complex exposition can work on television, and it showed that a series with darker and more mature subject matter can find an audience. Sure, shows like Oz (also on HBO) deserve their fair share of credit as well, but nobody did it quite like The Sopranos. For 6 amazing seasons, we couldn’t get enough of the tragedy of Tony Soprano, right up until one of the most controversial and divisive conclusions of all time.

Breaking Bad, if you don’t already know, is the story of a struggling high school chemistry teacher who is diagnosed with terminal lung cancer, and then begins manufacturing and selling meth in order to secure his family’s finances before his seemingly inevitable demise. Vince Gilligan has often described Walter White’s arc on Breaking Bad as an attempt to “turn Mr. Chips into Scarface.” Indeed that is precisely what happens. Over the course of the show, we watch Walter become the villain in a way that has never really be done on television before. What is equally fascinating is watching the way Walter’s actions affect the people around him. If you haven’t started watching Breaking Bad yet, what’s stopping you?The casting and acting is phenomenal, the pacing is deliberate, it’s edgy, engaging, and absolutely deserving of a top spot, if it weren’t for a pesky little contender called…

The Wire isn’t just the best television show of the new millennium, The Wire is the best television show of all time. It was created by author, journalist, and former Baltimore Sun police reporter David Simon, who also wrote Homicide: Life on the Street. The Wire is a crime drama set in and around the city of Baltimore, Maryland, and each season adds a difference facet of the city. The show is full of complex, interesting characters, phenomenal acting, smart dialogue, and loads of ambition.

The real star of the show, however, is Baltimore itself. It’s a Greek tragedy of the modern American city, told through a complex, interwoven narrative, which displays the impact of the drug war on inner cities, failing schools, ruthless and corrupt local politics, wavering newspapers, and the failings and hindrances of postmodern institutions – as well as the futility of attempting to oppose or reform those institutions.

The shows deep sociopolitical commentary has also lead to professors at Harvard, U.C.—Berkeley, Duke, and Middlebury offering courses on the show, as well as countless academic conferences, essay anthologies, and special issues of journals dedicated to the series.

It’s real, gritty, truthful, and thought-provoking. It’s also a slow, slow burn. The plot is drawn-out, and many tropes and conventions of television were abandoned in the name of novelistic storytelling. The payoff, if you stick with it, is so incredibly worth it that words can’t accurately describe it. From the cast of incredible character actors, to the deep exploration of sociopolitical themes, everything about The Wire is exceptional.

Writer, guitarist, gamer, alchemist. Editor at Fextralife.com, and host of the INT Spec Podcast. Be sure to follow him on twitter.