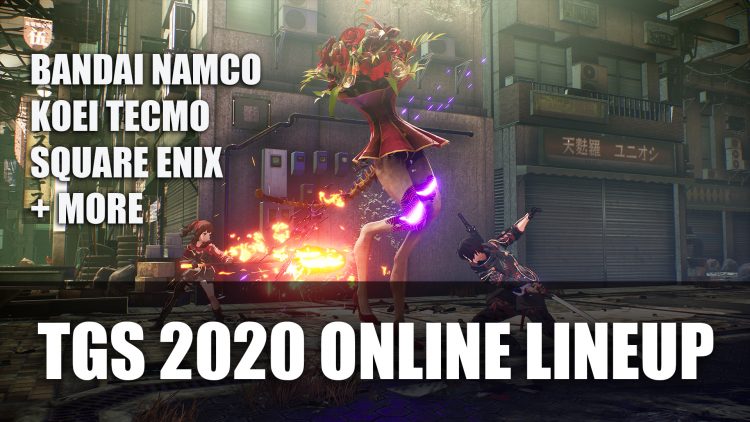 The Japanese CESA have announced the lineup for developers and publishers who will be taking part in the Tokyo Game Show broadcast which will take place completely online this year.

The online lineup for TGS 2020 is hotting up, as some big contenders will be part of the livestreams. Among the list are Square and Koei Tecmo who have already announced they will be taking part. Others who are now part of the show are Konami, Capcom, Sega & Atlus, Xbox, Cygames, Bandai Namco (Scarlet Nexus), D3 Publisher, Level-5, Spike Chunsoft (Cyberpunk 2077) and Lightning Games.

Spike Chunsoft will be focusing on upcoming Cyberpunk 2077, which should cover most of the recent released info provided for the west but this time in Japanese. Bandai Namco plans to show some more details about Scarlet Nexus, the upcoming action title that draws some Code Vein and Nier Automata comparisons, plus Sword Art Online. Microsoft will be returning after many years forgoing TGS, but as they are releasing a new console this year in the form of Xbox Series X, it’s not that surprising for their return.

As for Capcom there is upcoming Resident Evil Village, and also they recently announced that Monster Hunter World Iceborne will be releasing its last free update for the expansion.

You can check out the streaming schedule below: 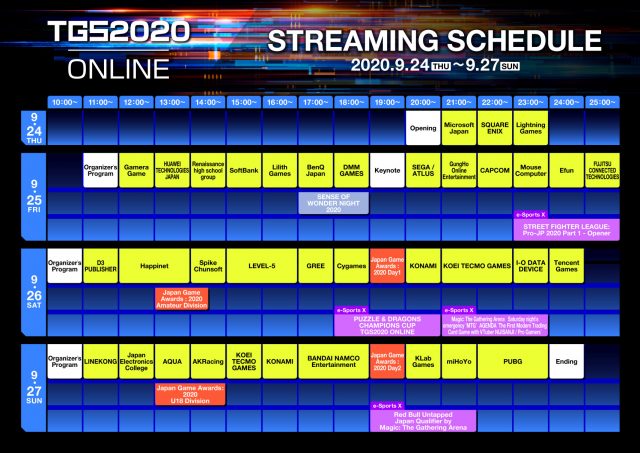 What are you excited to hear about the from the TGS 2020? Let us know in the comments below.

The Tokyo Game Show 2020 will take place from September 24th to September 27th and completely online this year.

For more news be sure to read next Kingdoms Of Amalur: Re-Reckoning Trailer Features Finesse Abilities and Assassin’s Creed Valhalla Gameplay Features Mythical Creatures And Legends.