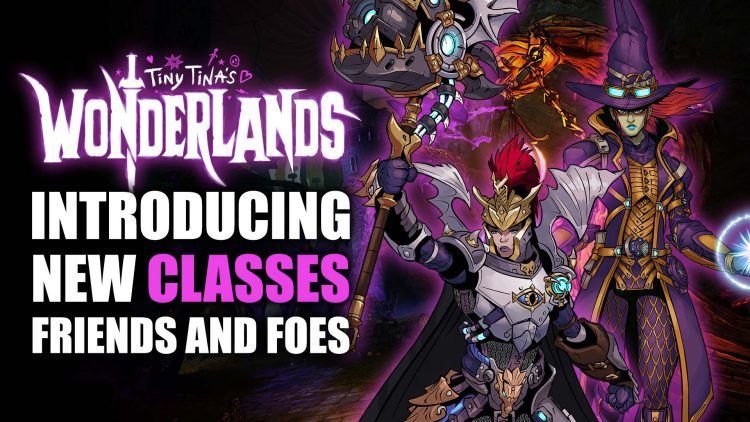 The Borderlands spinoff Tiny Tina’s Wonderlands reveals magical and chaotic news including two new classes. If you are curious about this upcoming game, read on to get more news!

Tiny Tina’s Wonderlands is an action-adventure first-person shooter roleplaying game. Originally, the titular Tiny Tina had started her campaign of B&B, or Bunkers and Badasses (Borderlands’ version of Dungeons and Dragons) as a DLC for Borderlands 2. It was a fantasy take on the beloved game that was full of guns and technology. 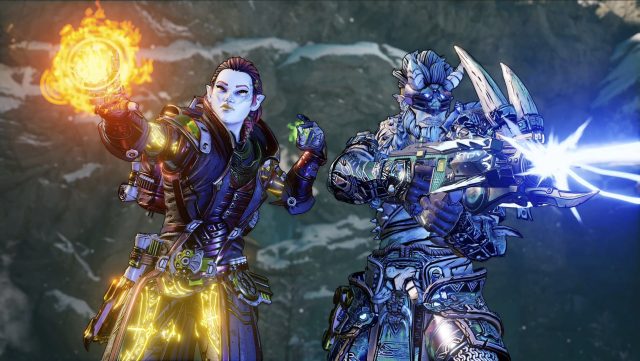 The latest dev diary discussed a lot of new features coming to the Wonderlands and passed over a few existing ideas as well. Developer Gearbox Software had these major noteworthy topics:

A new trailer came along with the Dev Diary. It starts with a normal-looking castle but quickly descends into pure, fun chaos. Quickly it cuts to skeleton pirates taking a swig of poisoned grog, to giant angry mushrooms rushing down the player, only to be burned to a crisp. We are then introduced to the new classes. 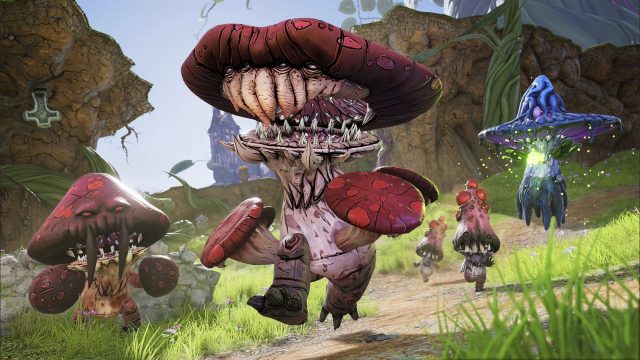 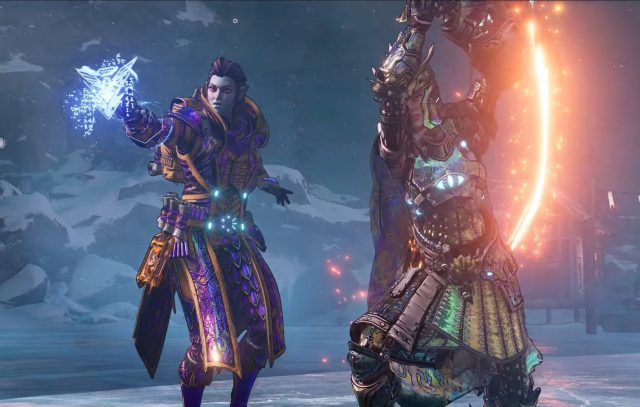 Joining the roster now are the Spellshot and the Clawbringer. 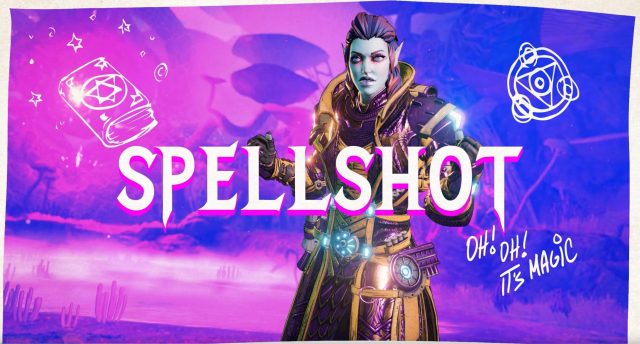 The Spellshot is all about using both weapons and magic as efficiently as possible. They can swap from using spells to guns very seamlessly, as they can reload and cast magic quicker than most due to their Spellweaving class ability.

Spellshots also have an efficient form of crowd control in the form of Polymorph. With this, they can turn any foe into a floating and docile Skeep. 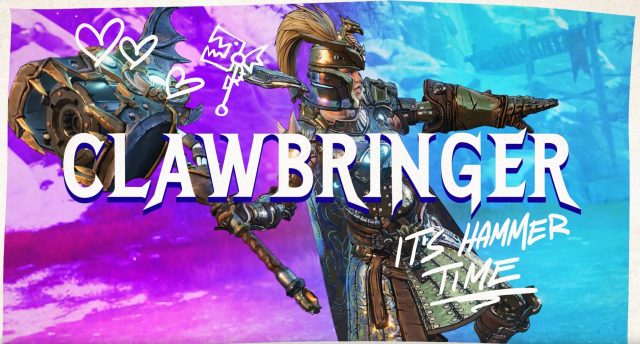 The Clawbringer is very similar to the paladin class from most D&D based games. They are holy warriors that wield gigantic hammers and can rain down fire and thunder upon their foes. In addition to this, they have a Wyvern as a companion that will follow the Clawbringer around, burning foes to a crisp or tearing them apart with their tiny claws.

Players who choose to be a Clawbringer can also support their allies by imbuing them with additional Fire Damage with their Dragon Aura. And finally, they also have the option to throw their lightning hammer, zapping everything in its path. What’s even better is that the hammer can return to your hands just like God of War’s Leviathan axe, or Thor’s Mjolnir.

The latest Wonderlands Dev Diary introduced two new NPCs who will be joining you throughout your adventure. Introducing Valentine and Frette – two characters with completely different personalities. 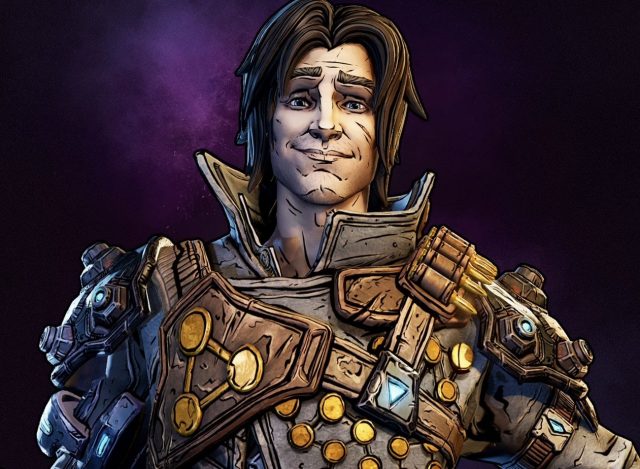 Valentine is a charming roguish character that is very excited and loves B&B, though is not too familiar with the rules. Heroic by nature, he is not afraid to jump in to help others without fear of consequences. 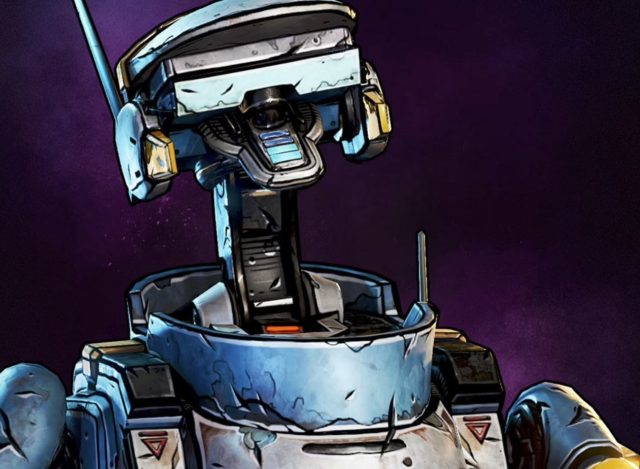 Frette, on the other hand, is an accounting bot that tagged along with Valentine on his adventures. Similar to Valentine, she’s very invested in B&B but is more focused on min/maxing her decisions.

These two characters will act as a sort of conscience to the player and their party. They will constantly have suggestions and thoughts to share regarding the choices the player makes. Hopefully, they will be as hilarious as Handsome Jack was in Borderlands 2.

Tiny Tina has appointed her favourite villain, the Dragon Lord, to be the main antagonist of her latest B&B game. This foe is a powerful draconic necromancer that wields a burning blade and mighty magic.

Apparently, The Dragon Lord keeps on losing to Tiny Tina and her friends over and over again. But that won’t stop him from trying to win!

The team at Gearbox is very excited to be able to let loose now that the setting is a unique meld of weaponry and sorcery. They will finally be able to make even more over-the-top spell effects and explosions. The bigger, more impractical and ridiculous, the better. Their explanation? Magic can explain it. That is a philosophy that I can get behind. 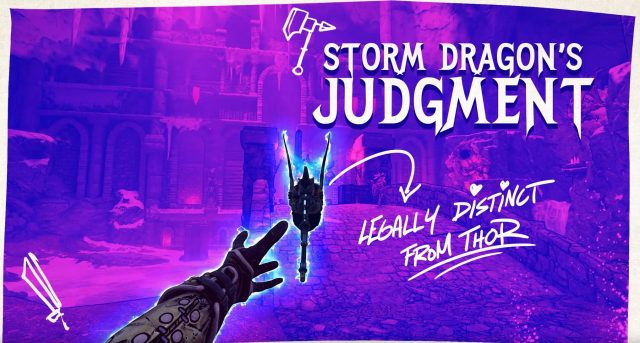 Spellcasting is really going to be playing a large part in this game. Hopefully, they will be able to balance the usage of spells and guns, not giving one or the other a distinct advantage.

Some of the spells that have been mentioned are the usual fireballs, magic missiles, hydras and meteors. There will likely be many variations of each, like versions with shorter cast times or larger AoEs. 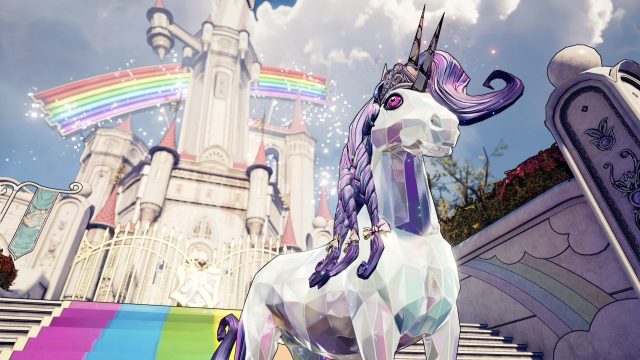 It was also briefly mentioned that items called Wards will be implemented, alongside Rings and Amulets. Wards in particular seem to be what’s taking over shield items in the mainline Borderlands games. They are going to be protective items that have a wide variety of bonus effects and visuals. Some of them are material in design, some are odd mixes of flesh and bone. 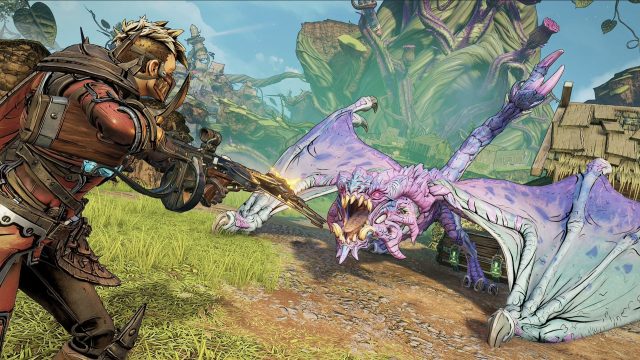 Tiny Tina’s Wonderlands is releasing on March 25, 2022. It will be available on Microsoft Windows, PlayStation 4, Playstation 5, Xbox One, Xbox Series X|S.

Looking for even more loot? Check out our Top 10 ARPGs you should play in 2021 or our Farming Guide for Diablo 2 Resurrected.

For more news and updates, check out Sands of Salzaar Gameplay Preview – Action Adventure Sandbox RPG and Sea of Stars the Retro-Inspired RPG Gets a New Trailer and More.