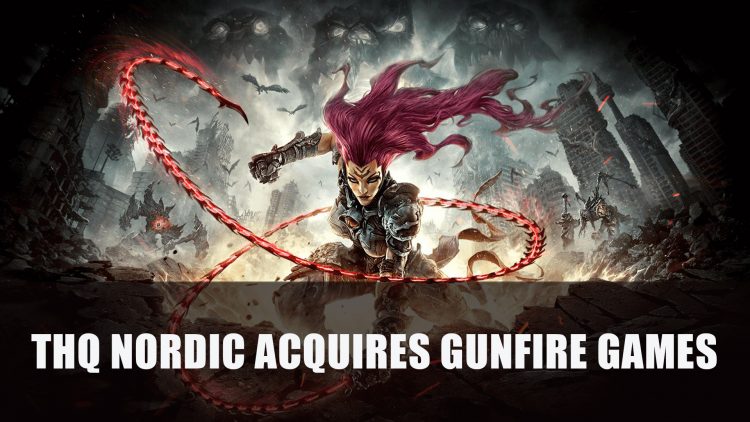 THQ Nordic has announced their acquisition of Darksiders III developer Gunfire Games along with two other companies.

The developer Gunfire Games has been acquired by THQ Nordic. Last year Gunfire released Darksiders III and are to release a co-op souls inspired shooter Remnant From the Ashes later this month. At the moment it is unknown if they will continue to work on the Darksiders franchise.

To put it in THQ Nordic’s words: “We are stoked to have Gunfire on board and are very excited about our collaborative future and the projects we will realise together.”

To put it in Fury’s words: “Welcome to the family, I guess…” pic.twitter.com/0NACzYHF3x

Another acquisition was made for Goodbye Kansas Game Invest who have a number of early-stage investment studios such as Palindrome Interactive, Fall Damage, Neon Giant, Kavalr and Framebunker. THQ have also gained royalty rights to the upcoming launch of Biomutant with this addition.

Lastly was the acquisition of Milestone s.r.l., an Italian developer which specialises in racing games. They have upcoming releases such as Ride 3 and MotoGP 19. Milestone have shared they have fives games currently in development. So far these are the only acquisitions that have been announced, according to an article by Dualshockers, THQ Nordic raised over $200 million to be put towards future acquisitions.

It will be great to see what Gunfire Games and THQ Nordic will work on together. THQ is set to be at Gamescom 2019 with a few reveals to be had, including one during Opening Night Live.

For more news about THQ Nordic be sure to read next Gamescom 2019 Opening Night Live Confirms More Than 15 Publishers & World Premiere Content and THQ Nordic To Reveal New Game During Gamescom Live Stream.