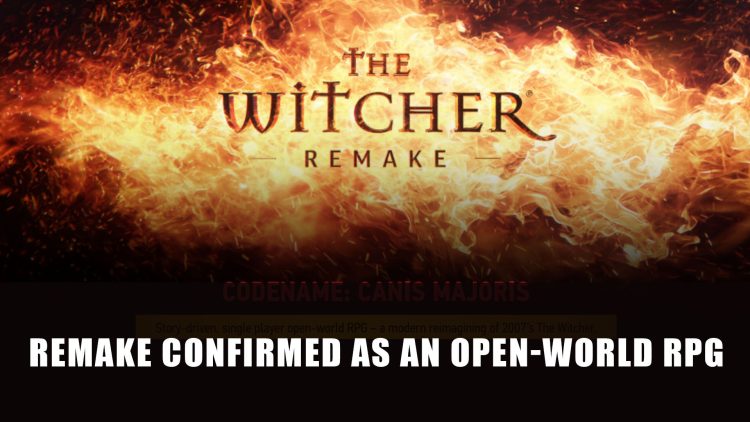 The Witcher Remake has been confirmed by developer CD Projekt Red as an open-world single player RPG.

The Witcher Remake Confirmed As A Single-Player Open-World RPG

New details released by developer CD Projekt Red have confirmed that the upcoming remake of The Witcher will be an open-world game. The Q3 2022 financial report unveiled some new info about that game. The title is being developed under the Poland-based studio, with creative supervision from CDPR.

While the details have been slim, it is being developed in Unreal Engine 5 and is described as a story-driven single-player RPG with an open world. This is different from the original The Witcher as there were technological limitations when it was first developed. The game will be a “reimagining” of the original 2007 RPG.

Previously it was announced that CDPR has several projects on the go covering The Witcher franchise. The code name Canis Majoris ended up being the remake. The studio has a number of talented developers who have worked on other titles within the franchise. They have also covered services for titles such as Outriders, Baldur’s Gate 3, and more.

Recently the studio announced the free next-gen update for The Witcher 3 would be releasing this December 14th. It sets to bring graphical updates for PC, PS5 and Xbox Series. It will also launch alongside the The Witcher Netflix series DLC, containing new quests, swords, armor and other items. 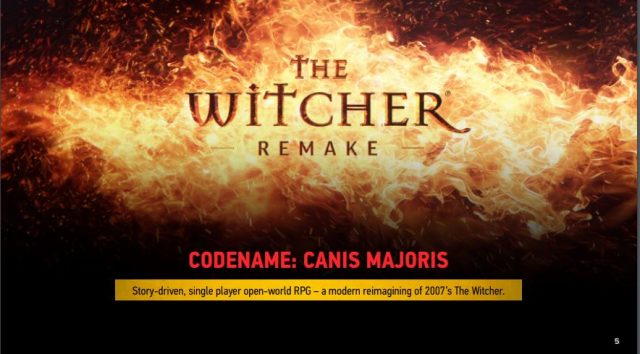 The Witcher Remake will be a story-driven open-world RPG.

So far there is no time frame for when The Witcher Remake will be released.

For more news find it here in Fire Emblem Engage Trailer Showcases The Power Of The Emblem Rings and Chaos Gate – Daemonhunters Duty Eternal DLC Announced For This Year.