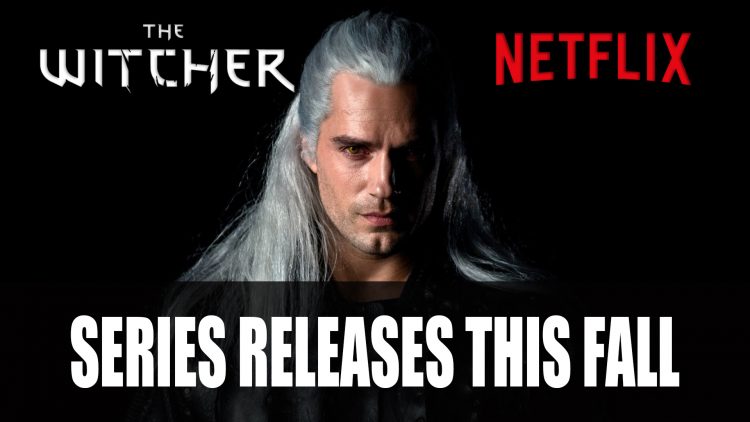 With recent news of the series filming locations and the lead in Geralt attire, we now get news that the Netflix The Witcher series will release fall 2019.

The Witcher Netflix series will be making its way to fans sometime between October and December this year. This clears up the rumours that the series may not be released until 2020. In an article by Variety the Netflix Chief Content Officer Ted Sarandos spoke of the new series and seasons coming to the streaming platform:

And then you start seeing later in the fourth quarter some of our bigger film investments coming through like Irishman, like 6 Underground and also a big new original series that we’re currently shooting in Hungary called The Witcher, that is an enormous European IP, very popular game and Book IP, that we think is going to make a really fun global series.

This is great news for Witcher fans as earlier the showrunner Laren Schmidt Hissrich shared that the series would not likely release before 2020 stating “quality comes before speed”. So far Hissrich has shared that there will be a eight episodes, not revealing how many seasons. The series is based on the books but Netflix are drawing inspiration for the protagonist Geralt from CD Projekt Red‘s game.

It was earlier this month that a post on twitter revealed a location for the series in Hungary with breathtaking views of the Vajdahunyad Castle.

Netflix The Witcher series will release sometime this fall 2019.

If you want more Witcher series news you can find it here in Netflix Reveals Henry Cavill In Full Geralt Attire For The Witcher Series. If you’re currently playing through the Witcher 3 be sure to check out our wiki for all your hunting needs. You can also check out the recent Witcher crossover event in Monster Hunter World X The Witcher Contract: Trouble In The Ancient Forest Complete Guide.