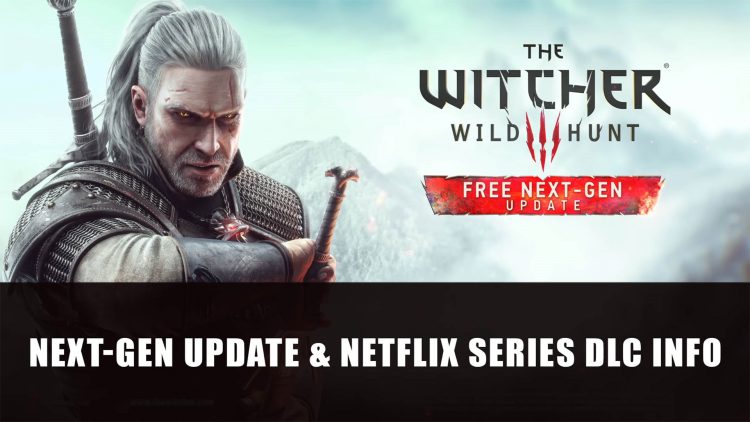 The next-gen update for The Witcher 3 will be available next month, with the new Netflix series content also getting some new details.

If you’re preparing to revisit The Witcher 3 this December or planning to toss a coin to your Witcher for the first time, CD Projekt Red have unveiled some of the upgrades that are coming with this next-gen version. As previously shared, the update will be free for those who already own the game, and will be coming to Playstation 5, Xbox Series X|S as well as PC.

The Devil is in the Details

Particularly for PC players, the Ultra Plus setting will let them experiment with background details and the new alternative camera mode that has a more zoomed in view point of Geralt. For console players, they will get to choose between performance and quality modes, with a 60 FPS option. PS5 players can experience haptic feedback support which will provide a more interactive experience when it comes to casting magic or crossing swords.

Essentially all HD textures have also gotten a boost, meaning characters, monsters and environments such as grass/clouds getting extra details. A recent tweet also confirmed that audio has also been enhanced, meaning a full all-around upgraded experience.

They dived into some more the particulars of what these upgrades include plus release a new trailer showing it off in all it’s glory.

Some really cool info about audio changes coming to The Witcher 3: Wild Hunt with the next month’s update. https://t.co/KkuokoTvTq

But it isn’t just the visuals/audio getting the upgrade treatment. A new feature called Quick Cast will allow players to assign spells to certain buttons. This means you can whip out those magic spells much more easily with these further customisations. New map filters will help narrow down what you wish to focus on (especially great for those players who get easily distracted and want to focus on certain activities, ooo that’s me!) These include exploration aspects such as quests, merchants and more.

Fans also made some requests which have now made it into the game, such as being able to adjust Geralt’s walking speed, gaining extra outfits, subtitle improvements and more font sizes. There is also the added Simplified Chinese subtitles option.

Ever wanted to stop mid-cutscene? Now you can with the pause button. CDPR have also added cross-progression support for all previous-gen players, which means you can now continue your Witcher journey on any preferred platform.

While the devs haven’t gone into all the nitty-gritty details of what the Netflix content will entail, they have given more of an outline. In case you’ve been living under a sizeable boulder, The Witcher Neftlix series has been instrumental in the resurgence of Witcher 3 players. So much so that the game is getting its own content in the game. The Netflix crossover will add new quests, swords, armor and other items. The live stream shows the first part of the new quest. The original voice actors to make the quest blend into the main story, and to be seen as less of a standalone mission. 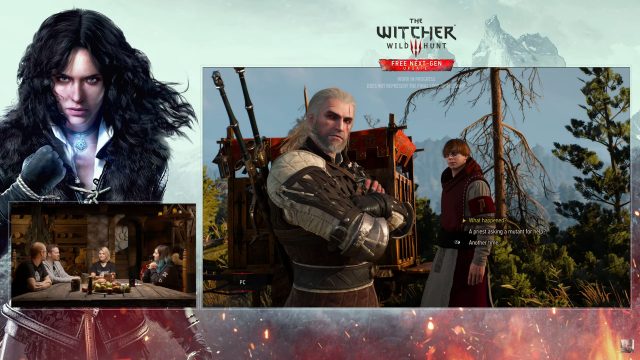 The Netflix content will be released alongside the next-gen update, adding a new quest for The Witcher 3.

The Witcher-verse seems to be forever expanding, now combining the series adaptation into the main game, we’ve gone full circle. CDPR have also been working on more Witcher franchise projects including a remake of the first Witcher game, the next main Witcher title and other titles. The Witcher 3 is currently on sale if you want to scoop up the game for just under $10, what a bargain.

Will you be playing the upgraded version this December 14th? Let us know in the comments below.

Looking for some more games this play? Check out our list in the Steam Sale Autumn Edition Is In Full Swing This Weekend. For more news find it here in Elden Ring The Board Game Utterly Smashes Its Kickstarter Goals.