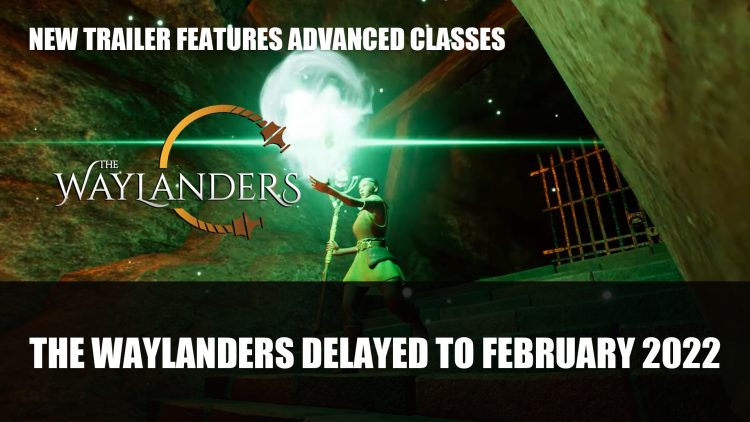 Gato Salvaje Studio has announced they will be delaying their upcoming real-time with pause RPG to February 2nd 2022.

The Waylanders Gets Delayed to February 2nd 2022

Developer Gato Salvaje has announced the upcoming RPG The Waylanders will now be releasing on February 2nd 2022, instead of its planned launch date of November 16th.

The co-found Fernando Prieto explained that in order to give fans a “quality experience” the studio has decided to push back the release date. The game is currently in Early Access, and was supposed to launch this month, but due to Covid, there has been setbacks in development, meaning more time is needed.

Releasing this month would not provide the quality experience our fans deserve. While we have been working hard to get all our backers and Early Access players the RPG they’d been hoping for before the holidays, we’ve done an internal review pass on The Waylanders and our team needs more time to polish the game. Developing during Covid has been challenging for many teams, including ours, and rushing The Waylanders out the door after nearly four years of development will not make anyone happy. The Waylanders will have over two hours of cinematics and more than thirty hours of gameplay, and we want to provide the best possible day one release version to the community.

The game currently is available through Steam and GOG early access, with updates with improvements coming to zones The Cave of Eternity and Fomorian World in The Corrupted Cove.

Hello, adventurers.#TheWaylanders is now set to release on Feb. 2, 2022.

Click the link below to read a message from our team and to learn about the Early Access updates we have planned between now and the new launch date.

A new trailer has also been released which covers advanced classes coming The Waylanders with the full release.

The Waylanders is currently in Early Access on Steam and GOG. The full launch will now be happening on February 2nd 2022.

For more news find it here in