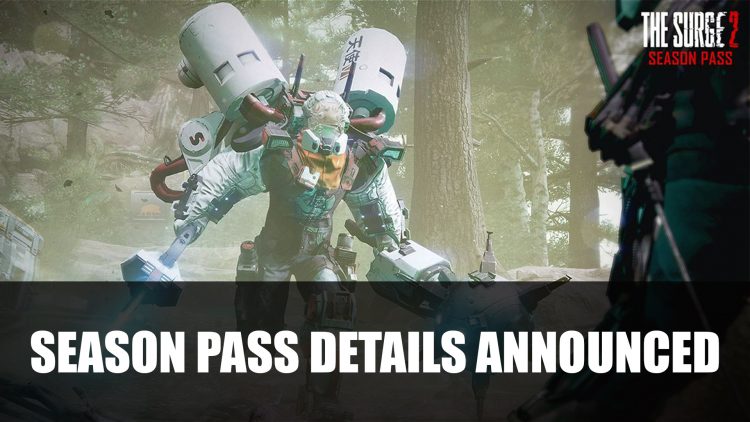 Publisher Focus Home Interactive and developer Deck 13 have announced the details for The Surge 2 Season Pass.

Last week an update was released was for The Surge 2 which came with a free Future Shock Weapon Pack and news that details of the season pass would be revealed soon. Now Focus Home Interactive have unveiled details which include new weapons, gear sets and a new story DLC.

Those who purchase the Season Pass will gain 13 weapons this November, followed by the release of 3 new gear sets in December and a brand new story DLC called The Kraken in January 2020. The Kraken will brings players to a new location of an aircraft carrier and will have hours of new content for you to experience.

The season pass also comes with an exclusive Borax-I Quantum weapon which you can access now. The season pass is now available on Playstation 4, Xbox One and PC for $19.99

We’re excited to release today The Surge 2 Season Pass on all platforms! Our post-launch plans include more weapons, armors, and an entirely new location.

If you’re currently making your way through the city of Jericho be sure to check out our The Surge 2 guides for all your exo slicing needs. For all the latest info, you can drop by the The Surge 2 wiki,

The Surge 2 is now available on Playstation 4, Xbox One and PC.