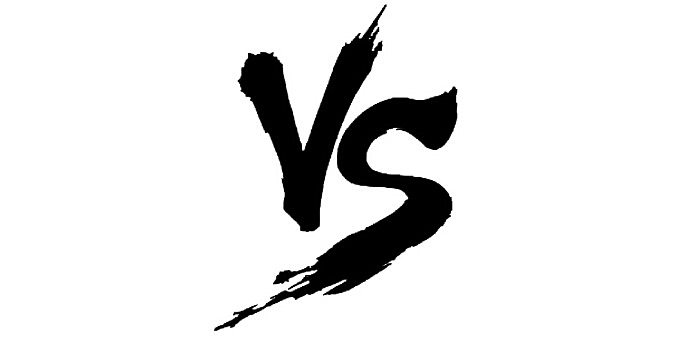 As the video game industry progressed over the years, new and groundbreaking innovations happened to their technology and design. Frames Per Second faster than our eyes can process, graphics rivaling real life images, a single game containing hundreds of hours of entertainment. But of all the advancements that have happened to them, of all the different changes, there seems to be one thing people focus on the most: online gameplay. And while playing with friends and partaking in jolly cooperation is fun and all……….where the real fun lies is PvP. To kill your enemies, prove your superiority, show them that your skill far surpasses theirs! In this guide I will go into detail about the things related to PvP and how you may improve yourself in the line of battle, regardless of what game.

What will these guides contain?  These guides will outline PvP in all it’s formats and attempt to better the people who read it by offering knowledge, providing tactics and helping them to understand the way PvP works overall. This particular guide, being the first one, will try to cover the most basic elements that are in PvP of all formats. Of course, with how varied games get, some things said will not pertain to every single form of PvP. And if there is any complaints about that, there is a certain dark place that I recommend that you shove it.

The Circle of Balance.   To have balance in any PvP game, there needs to be certain things. There needs, specifically, to be counters. Every game has them. Where one method or style triumphs upon another. A sniper with a rifle kills someone far away who was using a submachine gun, much too far a distance for the small submachine gun to kill someone. Then the sniper is shot in the back by a shotgunner, with the sniper unable to defend himself adequately in close range. Then the shotgunner is staring down a hallway against a man with an assault rifle, too far for a shotgun shell to be of use. Though after the shotgunner is dead, the man with the assault rifle is mowed down by the quick mobility of the one with the submachine gun, the rifle-man unable to react fast enough. Everything must have, and most likely does have, counter play. It is in every game, and perhaps the most beneficial thing to do is to find out what counters what. If you are able to play a certain way, and stop the counter-play to how you are playing, you have achieved a main goal for becoming a beast in PvP. That shotgunner surprising you too much? Find hard to reach places, know the paths that lead up to it, so you know all the places that someone may come up to meet you. Playing a mage and having an assassin kill you too much? I really hear that assassins don’t like being stunned. Running around with melee and hate everyone with range mowing you down? Learn the spots that grant cover. Know how to move between cover to cover to reduce the amount of time you are out in the open. Learning how to counter the counter plays is easily one of the most useful skills one can have in a PvP environment.


Self-Reliance.  Let’s face it. People suck. A lot. More specifically, your team sucks. Rare is the team player in an online game. The more popular the game, odds are the more toxic the community is. While not every form of PvP is team based, there are enough that it warrants this section. Relying on your teammates can often get you killed.  With how varied peoples skill is, it is completely unreliable to count on them to do anything you expect them to. Shoot that enemy in front of them? Naw, they didn’t see him. Probably just a fly on the screen. Capture that objective? But why do that when you can get kills? So as your teammates scores plummet into the bottom pits of scrub-level hell, your only option? Rely on yourself. While everyone is off fighting go and capture the flag under their nose. Learn to Rambo your way through enemies, and let their lack of coordination be their downfall. Just because your teammate just checked an area, don’t expect there to not be an enemy waiting to ambush you. Teamwork is essential in games, and at higher skill levels of play coordination and teamwork will be some of the most important factors.  While you are out in the game playing with randoms expect nothing from nobody and assume every teammate you have is drunk, because they sure are going to play like it.

The Meta. In every game we play, there is definitely a meta. A certain way something is used, a certain item or weapon that is always used, a certain way to play that has become the norm of the game. When the large majority of people use something in a certain way, or simply use one certain thing, it is safe to say that that thing is the meta. While it’s all fun and games to break apart from the meta(entire series of videos on it by youtuber “Solwolf”, and new game Dawngate going by the slogan “break the meta”), there is a meta for a reason. It is possibly overpowered, perhaps it is just smart, maybe a pro gamer did it and now everyone copies it. Whatever it is, it is meta, and therefore, you will probably encounter it very often and it will be stronger than many other options. When encountered with a meta in a game, there are two obvious choices to do. Following it is the safe bet, which will most likely net an easier time and less people calling you a hipster for refusing to follow the meta, despite it probably being the better option. The other option is to counter it. Why not? It’s meta, so you better know what to do to counter the tactic, and you know that you will have plenty of opportunity to be able to use your counter. Though a problem lies with that if there is a clear and obvious counter to it, it probably isn’t a “meta” choice. Many things that are part of the common meta are, while typically very strong compared to other options, the ability to not be countered. Anything with such a big weakness and easy counterplay isn’t going to become widely used, so it will most likely be difficult to nearly impossible to actually countering it. There is, of course, a third option in all this, which is disregard the meta entirely and play how you wish. This may not be good for trying to better yourself, as it is important to pay attention to what is the strongest thing in the game at the time, but if the meta isn’t too overpoweringly dominant in how better it is than other things, then it is alright to disregard meta entirely. Just, don’t be surprised when it kills you. A lot.