Recently we were given the opportunity to check out The Outer Worlds‘ new DLC: Peril on Gorgon. The new content takes players to the asteroid of Gorgon, where they will have to uncover the mystery of what went terribly wrong, and why it was abandoned by Spacer’s Choice. This side-story has a very “The Expanse” feeling, as nothing is immediately clear, except for the fact that some sort of tragedy occurred. As players explore Gorgon they will unravel its secrets, and learn just what exactly happened on this abandoned world.

In this Preview we can only talk about the first hour or so of the DLC, which takes you to several locations including Ambrose Manor, Gorgon Asteroid overlands, Sprat Shack, and the Office of Creative Incubation. However, there are many more locations on Gorgon to discover, which is promising as one of the most requested aspects of the game was “more”.

The DLC can be accessed immediately after finishing the Radio Free Monarch quest, so you don’t need to finish the game to get going with the additional content. However this means that you must be a good ways into The Outer Worlds to be able to travel to the expansion locations. In order to access Peril on Gorgon, you will need to speak to ADA on your ship after you’ve spoken to Phineas and completed the quest. It’s pretty hard to miss, so I don’t expect anyone will have trouble finding it. 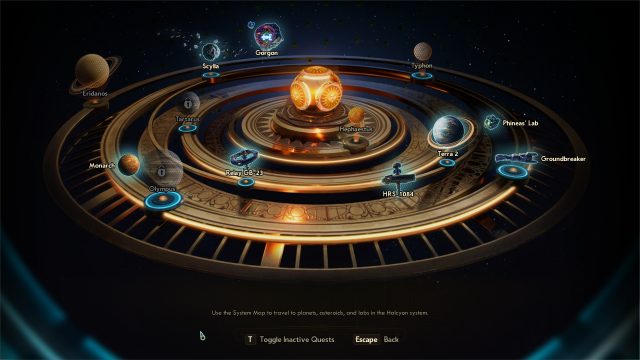 The Outer Worlds: Peril on Gorgon is the first of two narrative expansions that can be purchased individually or bundled at a discount in The Outer Worlds Expansion Pass, it will cost 14.99 USD (or 24.99 for both DLCs with the pass). We are limited to talking about what we could see during the very start of the DLC, but Obsidian did share the features that will be added with the content:

The overall theme of the DLC diverges a bit from the main content, in that you arrive at a world that has been abandoned by Spacer’s Choice, so the characters you meet are stragglers and survivors, without a specific allegiance or corporate directive. This also means that there are less NPCs than you would find in a fully inhabited world, but it does provide a different feel. 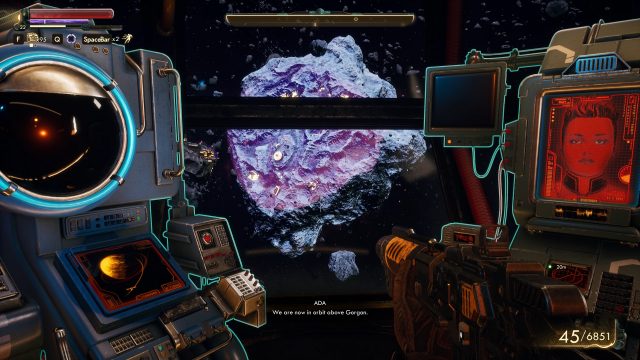 On first impression, Gorgon feels a lot like Monarch. This was not my favorite area by any means, and Gorgon too feels very empty and lifeless (besides the hostiles that roam the overlands). I found no new enemies during this opening portion of the DLC, which was a bit disappointing, but I’m holding out hope that it’s simply due to the very limited scope of exploration we were allowed.

Of the new features, the most interesting one for me are without a doubt the expanded character customization options. There are 6 new Perks, new Flaws, and the promise of Armor sets and variants for gear, plus three new Science weapons. 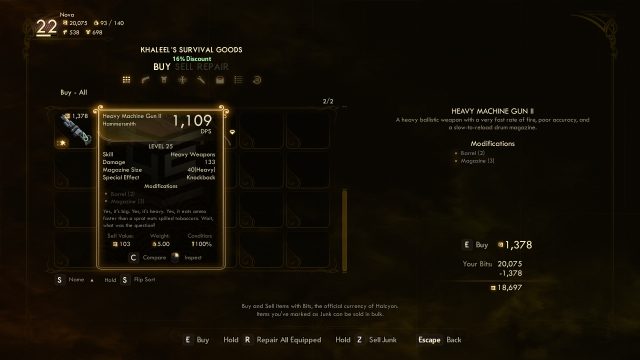 Not long after beginning I found a helmet that increases my Stealth Damage by 25%, which is sure to find use in any stealthy build. The new Perks seem somewhat useful, particularly Concentrated Fire and Lone Master (for those who don’t like to play with Companions). However, from what I’ve seen so far, nothing build wise should change for most players. They will simply have better versions of what they already have in some cases. 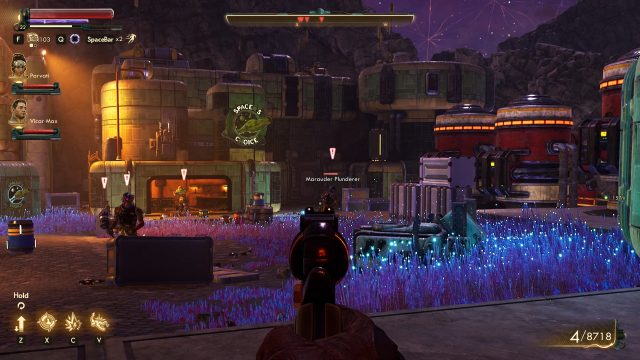 Gameplay continues to be story-focused, and the few quests that I was able to play seemed very similar in quality to those of the base game, and the voice acting about the same as well, which should be mostly good news to returning players. Audio logs called “Portable Phonographs” add to the game’s lore by letting you listen to the happenings around the asteroid, in addition to whatever it is that you find in terminals. The story is arguably the best part of The Outer Worlds and the fact that Obsidian is keeping it well under wraps bodes well. Hopefully we’ll see some plot twists along the way! 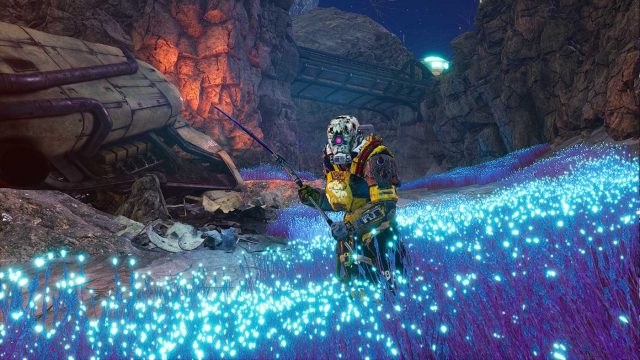 Other than that, the effects of the DLC on the main story, or the actual length of the DLC, will have to wait until we can play all of it and see if it adds new endings and just how much it affects the overall game. I am also curious as to what the next story-driven expansion (Murder on Eridanos) will bring, and whether it interacts with this DLC at all or is simply a side-story.

Based on the limited playtime that we had, the Peril on Gorgon DLC will scratch the Outer Worlds itch for those who enjoyed the game and were left wanting more narrative and exploration opportunities. The developers promise that the content should take about as long as Monarch, which would mean 6 to 8 hours of adventuring. 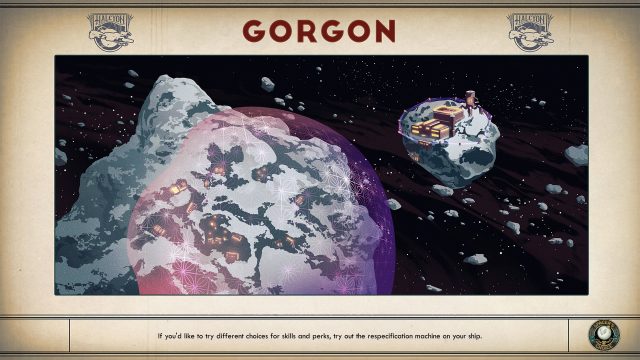 For those who love builds and combat, based solely on what I’ve seen so far, I wouldn’t expect anyone to make brand new Builds or come up with new and unique play styles, mainly because the new itemization options is more of the same. For this reason, the DLC is likely best recommended for players looking to dive deeper into the story aspects of Halcyon.

We’ll have more content coming up next week together with launch, so look forward to that if you want the details on everything added and an overall impression of content length and impact on the whole game. You can also check out our Outer Worlds Review, and the many Builds and Guides we made for launch.

If you enjoyed this preview, be sure to check out more in Scarlet Nexus Gameplay Preview: More Nier Automata Than Code Vein and Othercide Preview: X-Com Goes Rogue In Style. Need some help with Peril on Gorgon? Be sure to drop by our The Outer Worlds wiki.

4 comments on “The Outer Worlds: Peril on Gorgon Preview”