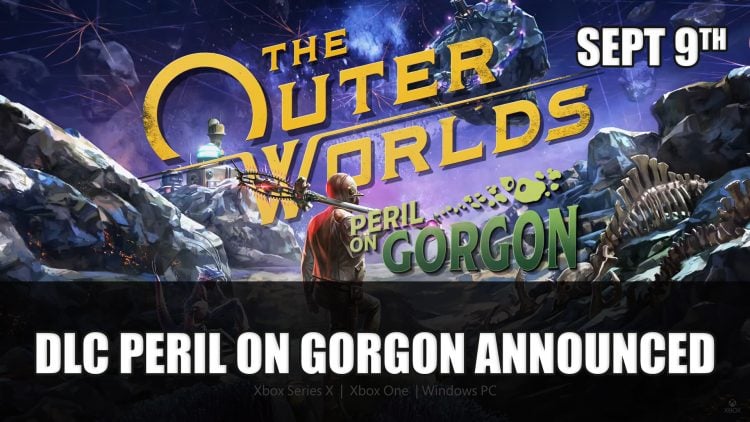 Obsidian announces a new DLC for The Outer Worlds caled Peril of Gorgon.

The quirky sci-fi Action-RPG The Outer Worlds will be getting a new DLC known as the Peril of Gorgon. The DLC was announced during the Xbox Games Showcase which will be releasing on Playstation 4, Xbox One and PC on September 9th.

The Outer Worlds: Peril on Gorgon features a brand new story where your crew explore a number of new areas as you try to unearth secrets about the Gorgon Project. The narrative follows a mysterious asteroid which by the name of the DLC probably isn’t the safest.

According to the announcement this is just the beginning of the DLC, a second story-based expansion is also in the works. This is fantastic news for players who want to continue their The Outer Worlds adventures. The trailer also shows off a number of weapons and terrible creatures.

Obsidian has quite the set of announcements during the Xbox Games Showcase, with Grounded getting more gameplay featured and a new fantasy first-person RPG set in the Pillars of Eternity universe called Avowed.

If you haven’t picked up The Outer Worlds yet, now’s a good time as it’s on sale on the Epic Games Store until August 26th for $29.99. If you want to know what we thought of the title be sure to check out our The Outer Worlds Review: Immense Interstellar Fun.

For more RPG news be sure to check out next Avowed A Fantasy RPG Announced By Obsidian and Fable Announced For Xbox Series X And PC.