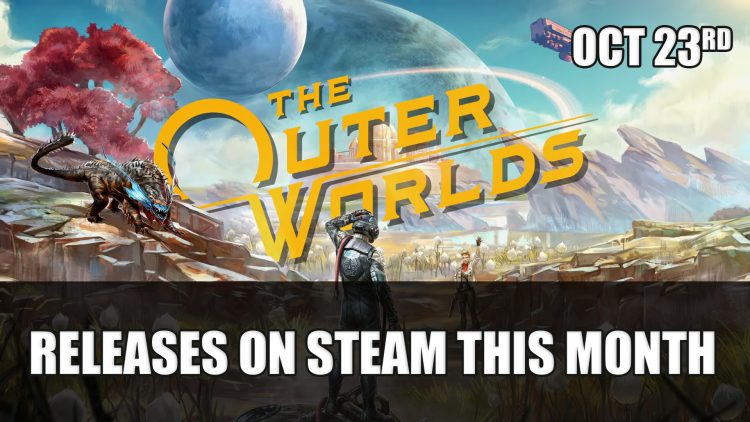 The Outer Worlds is finally heading to Steam on October 23rd.

The Outer Worlds Is Coming to Steam October 23rd

When The Outer Worlds released about a year ago, it released on PC as a limited-time exclusive on the Epic Games Store. It is now heading to Steam this month on October 23rd. You can check out the short teaser trailer below:

The Board is excited to inform you that job openings for employees through Steam will be opening on Oct 23! Your shift begins in 2 weeks, spacers, so start your preparations today! ?✨https://t.co/Hm7myuqXqs pic.twitter.com/LquEgz7njq

If you haven’t picked up The Outer Worlds yet or have been waiting for it to come to Steam, the game offers quirky look at space traveller, with some Fallout inspiration, and is very much an engaging RPG. The game also received the Game of the Year Award at the New Year Video Game Awards 2020. If you want to find out what we thought you can check out our The Outer Worlds Review.

Recently Obsidian released a DLC called The Peril on Gorgon which introduces a new area to explore on an asteroid. Unearth mysteries that plagued the abandoned Spacer’s Choice. You check out an overview of The Outer Worlds: Peril on Gorgon DLC here.

If you’re diving into The Outer Worlds this month be sure to check out our Outer World Guides, as well as our builds, including Time Sniper and Elite Trooper.

The Outer Worlds is coming to Steam on October 23rd. It is currently available to play on PC via Epic, PS4, Xbox One and Switch.

For a round up of recent RPG news, find it here in Top RPG News Of The Week: October 11th (FFXVI, Ghost Of Tsushima, Vigil And More!).