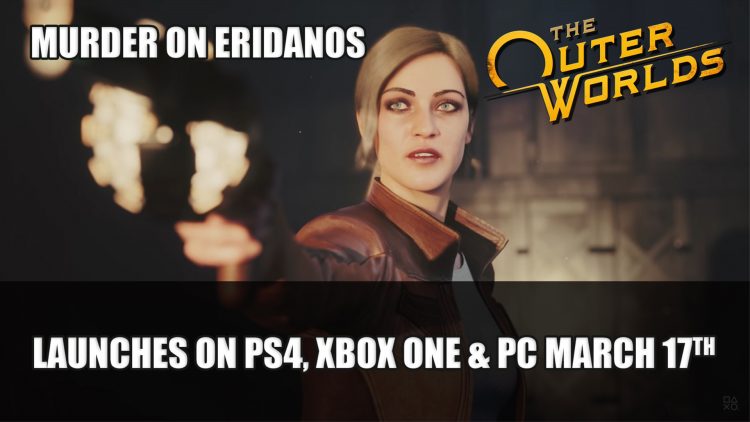 The final expansion for the sci-fi RPG The Outer Worlds: Murder on Eridanos is releasing this week on March 17th.

Obsidian’s next DLC expansion for the RPG The Outer Worlds, is Murder on Eridanos which will be releasing for Playstation 4, Xbox One and PC on March 17th.

The second and final DLC for The Outer Worlds will take players on an adventure to the skies of Eridanos to solve a murder mystery. In this whodunit experience, players will need to figure out how the Rizzo’s hired spokesperson, Halcyon Helen has wound up dead, ahead of the release of the brand-new Spectrum Brown Vodka.

You can check out the latest trailer below which features a noir detective trailer, complete with a mysterious tense encounter:

Previously it was announced this would be the last DLC for The Outer Worlds but a sequel could be in the IP’s future according to industry insider Daniel Ahmad who shared in a tweet that it is currently in pre-production.

The Outer Worlds Murder on Eridanos will launch on Playstation 4, Xbox One and PC on March 17th. The expansion pass is currently available on sale for $19.99 on Steam, which includes previously released DLC Peril on Gorgon and the upcoming Murder on Eridanos.

Need some help exploring the galaxy? Check out our The Outer Worlds Guides and Builds.