In this Outer Worlds Build Guide I’m going to be covering the Lone Ranger, which is a Build that focuses on blowing away your enemies from point blank range with Shotguns, while making use of the Dialog Skill group extensively. There are several ways you can make an effective Build in The Outer Worlds and the Lone Ranger is one of them. If you’ve been looking for a Shotgun Build, this Guide is for you.

The Lone Ranger uses a combination of N-Ray damage and Dialog Combat Skills to dispatch groups of enemies with ease. Enemies will suffer a constant barrage of disabling effects while taking damage over time from N-Ray, and these effects can spread to others as well. They also have a large amount of Skill Points to spend since they don’t need to use many on their primary weapon type. This is because N-Ray Damage can bypass Armor, making the need to max out Long Guns redundant. 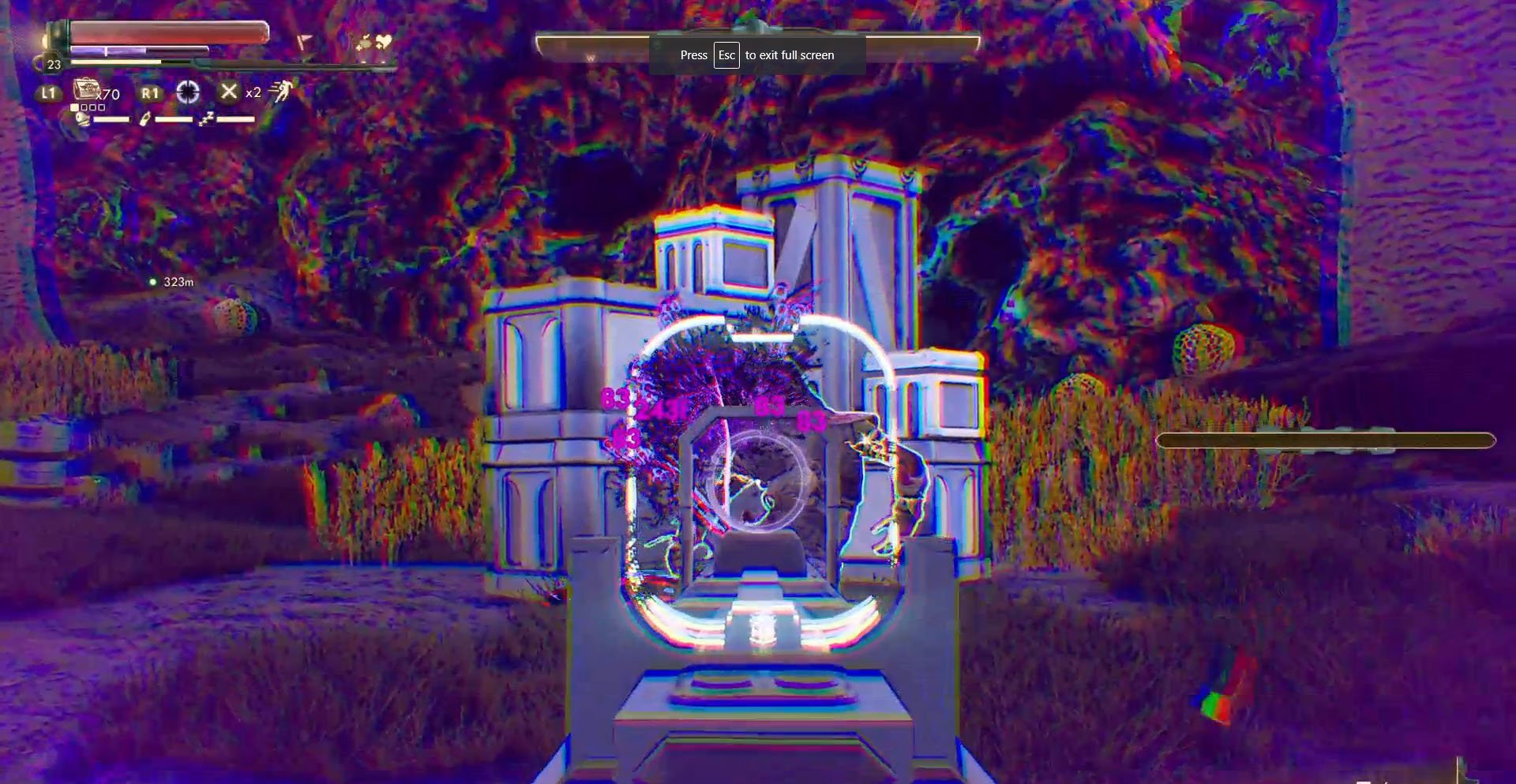 The best place to begin with any Build is Attributes, because these cannot be respeced, so this decision is permanent. When making a Shotgun Build you want to focus on Attributes that are going to increase your damage with each shot, and the best way to do that is to maximize Intelligence and Perception.

Intelligence will increase your Critical Damage by 35% at max, and Perception will increase your Headshot/Weakspot Damage. You’re going to be doing a lot of Critical Hits with a Shotgun since it fires multiple projectiles, and you want each to hit as hard as it can. Additionally, you will be able to aim for the Head or Weakspot easily since you will be point blank. 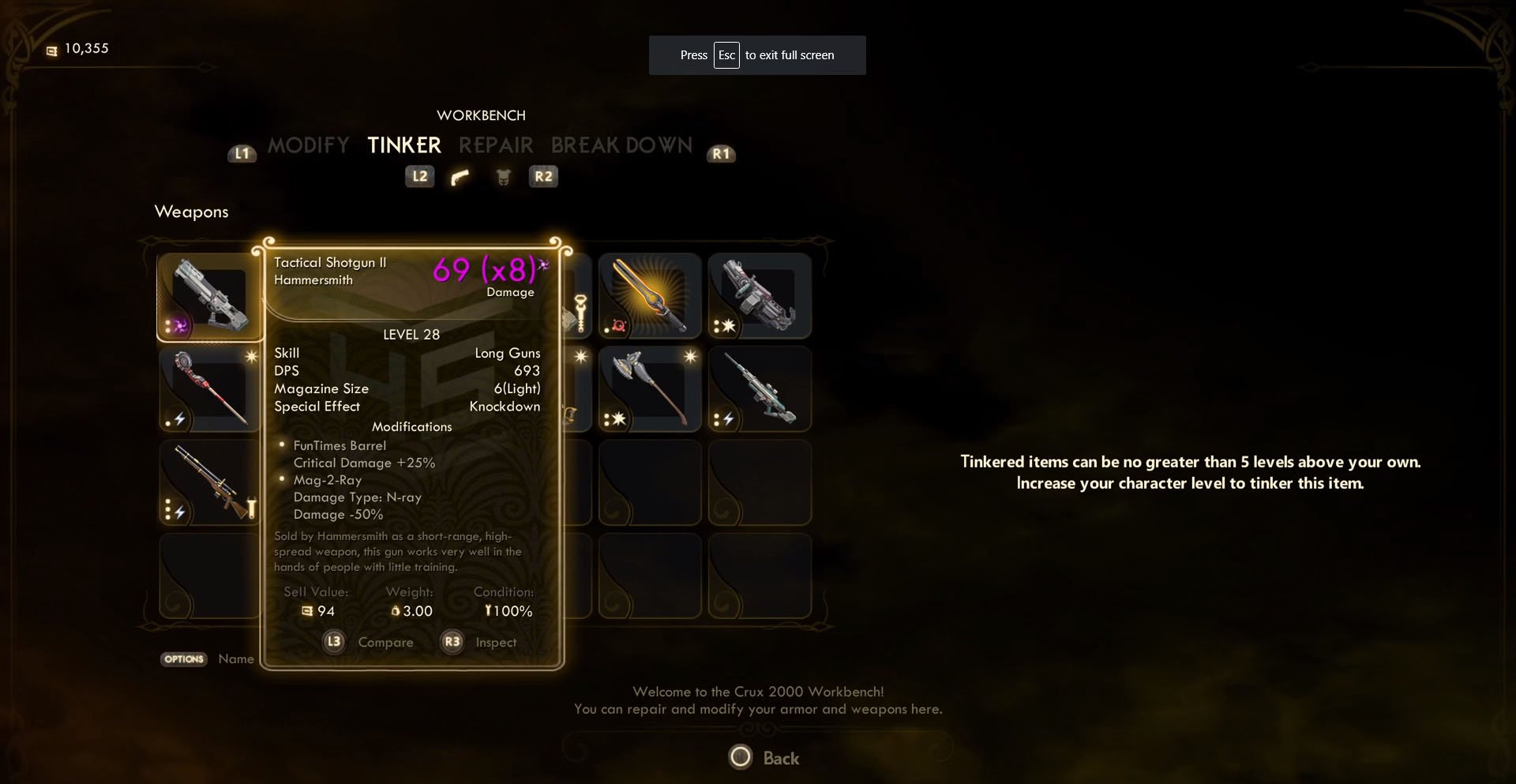 There are several Skills that work well for a Shotgun Build that uses N-Ray damage and those are Long Guns, Science, Persuade and Medical. Intimidate and Lie are also not bad.

Long Guns (60) will increase your Critical Damage and Headshot/Weakspot Damage, as well as increase your Critical Chance. Science (100) will increase your N-Ray Damage by 25% and make it MUCH cheaper to Tinker your Shotguns and Armor. Persuade (100) makes it so that you can make Humans Cower quite readily, which is great because then they Cower in the N-Ray Damage over time and you gain increased Armor while they do. Intimidate (60) and Lie (60) are good for status effects on Automechanicals and Creatures. Medical (60) increases the duration of negative status effects by 50%, which is perfect for this Build. 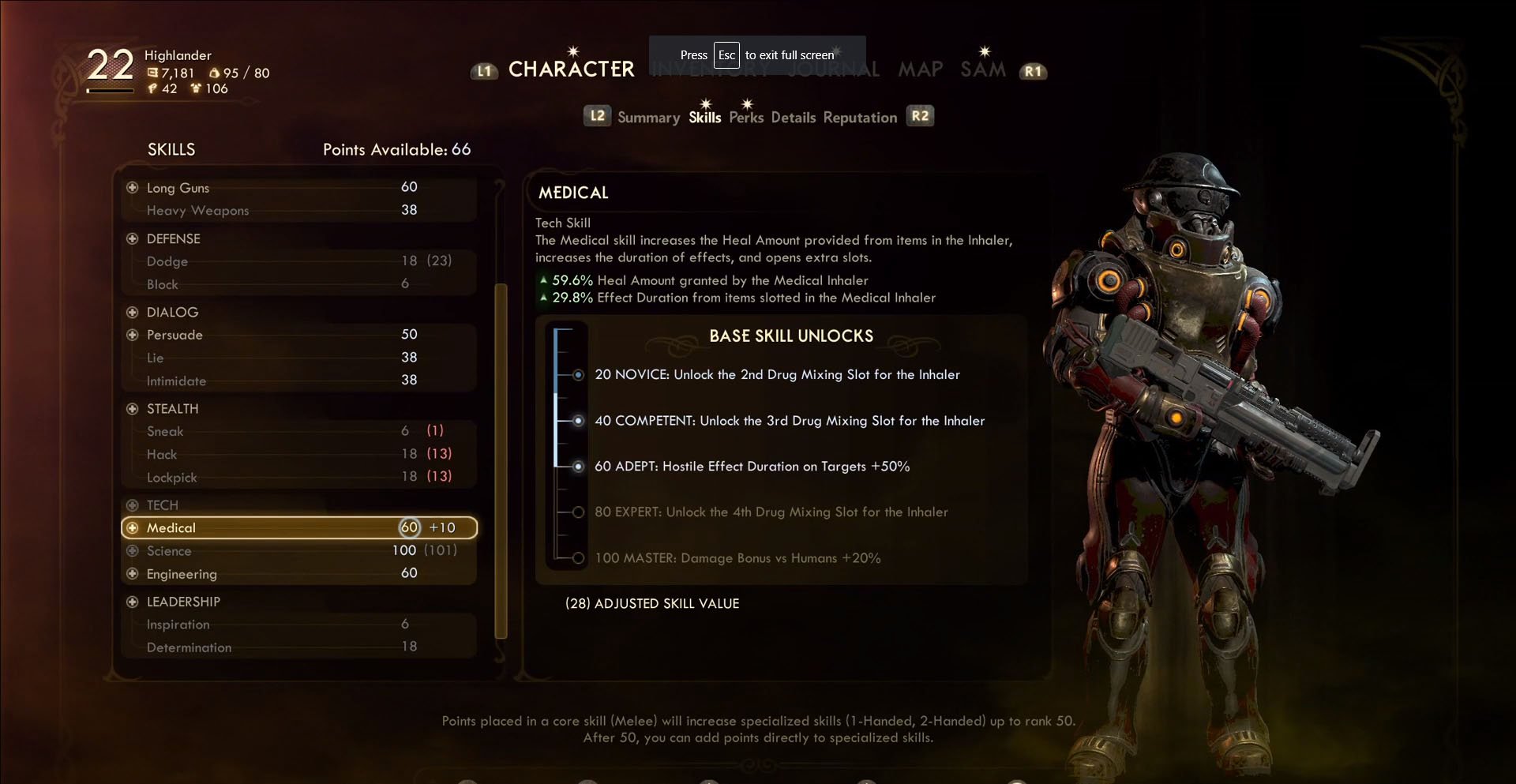 Perks are not super important when it comes to Builds in The Outer Worlds, but there are some that are more effective than others for the Lone Ranger. In this section we’ll take a look at which those are, and how they help you get the most per shot damage without getting yourself killed.

There are lots of good Perks here for playing Solo that you can take advantage of, and I’ve included them above. The biggest drawback of not having Companions is the lack of Skill points they give you, and the lack of Carry Weight. Luckily there are Perks for both of these things, so it’s not as bad as it could be.

We’re going to be using Shotguns for this Build and luckily there is one in the ship near the Workbench at the very beginning of the game. Grab it, repair it and begin shooting things immediately.

There are really only a couple shotguns in the game, so you just want to use the one that has the highest per shot damage, NOT DPS. You want to be able to kill things in the least shots possible, ideally one.

N-Ray Mods are not cheap so you won’t be able to swap weapons often, so be sure to Tinker up you Shotgun as often as you can afford. Take Science up to 40 early to reduce the cost by 50%, making it much cheaper. Later on you’ll want to get this to 100 to make it 90% cheaper. Mod your weapon with FunTimes Barrel for increased Critical Damage. 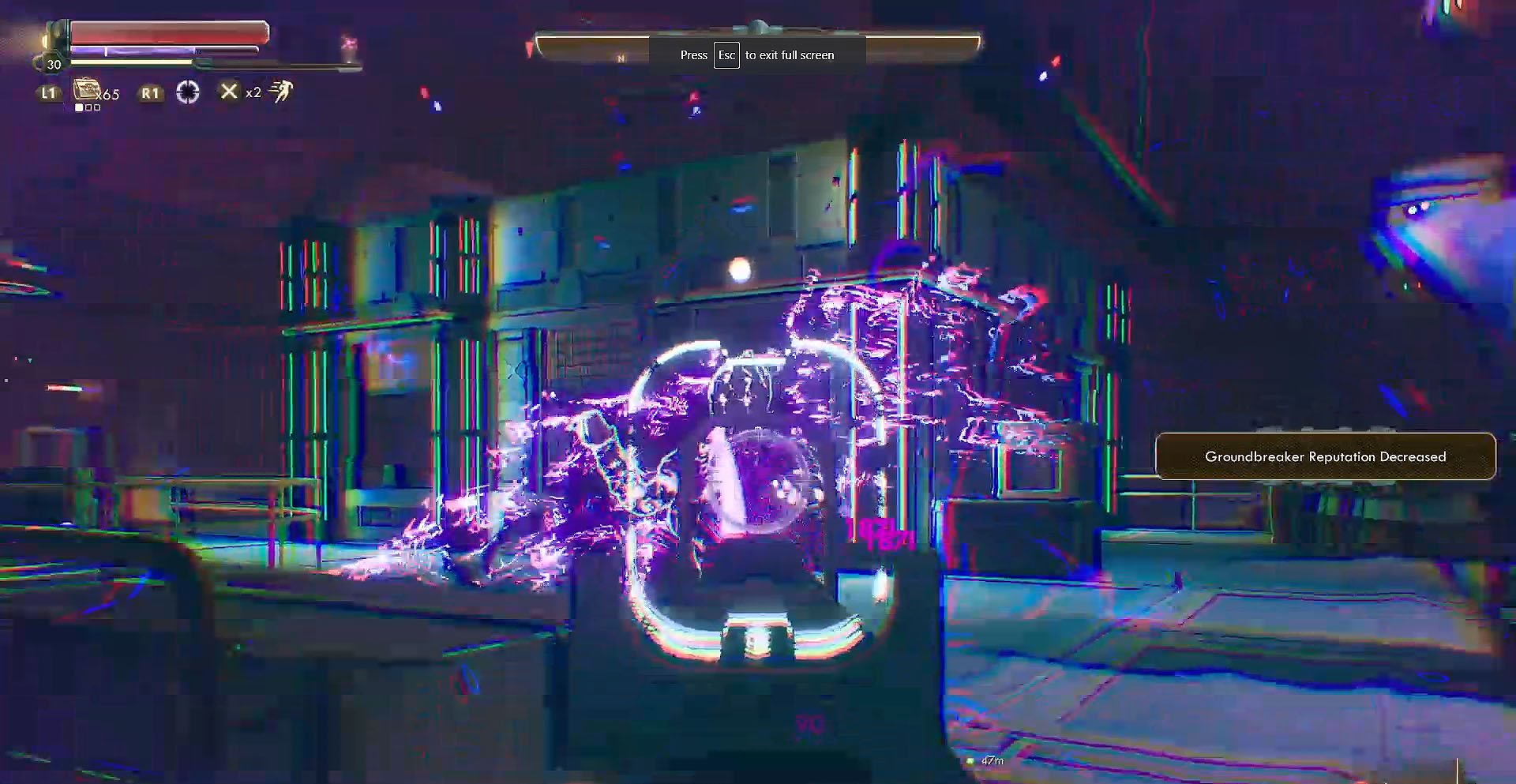 Armor-Wise you want the heaviest you can find to protect yourself when you run in, or until you get Chimaera in Byzantium during the Makes Space Suit, Won’t Travel quest. This is what you’ll use later because it increases Dialog Skills by +10, which becomes +20 with Armor Master. It’s also Light and has excellent Armor. You can use the SugarOps Helmet for increased N-Ray Damage by +10%.

New Shotguns are few and far between, so be prepared to Tinker them up in level often, and you should plan to save most of your Bits for that, and Mag-2-Ray upgrades. Try to avoid spending much on your Armor, and just upgrade it with new Armor that you find if you can get away with it.

If you Cower an enemy with your first shot, move to another target while they remain so. If the N-Ray damage over time is on them, they should die while it persists, allowing you to focus on other targets while boosting your Armor. This will also allow you to heal when you get hit, and not waste Harvester if you are already topped off. It’s like banking an easy heal for later. 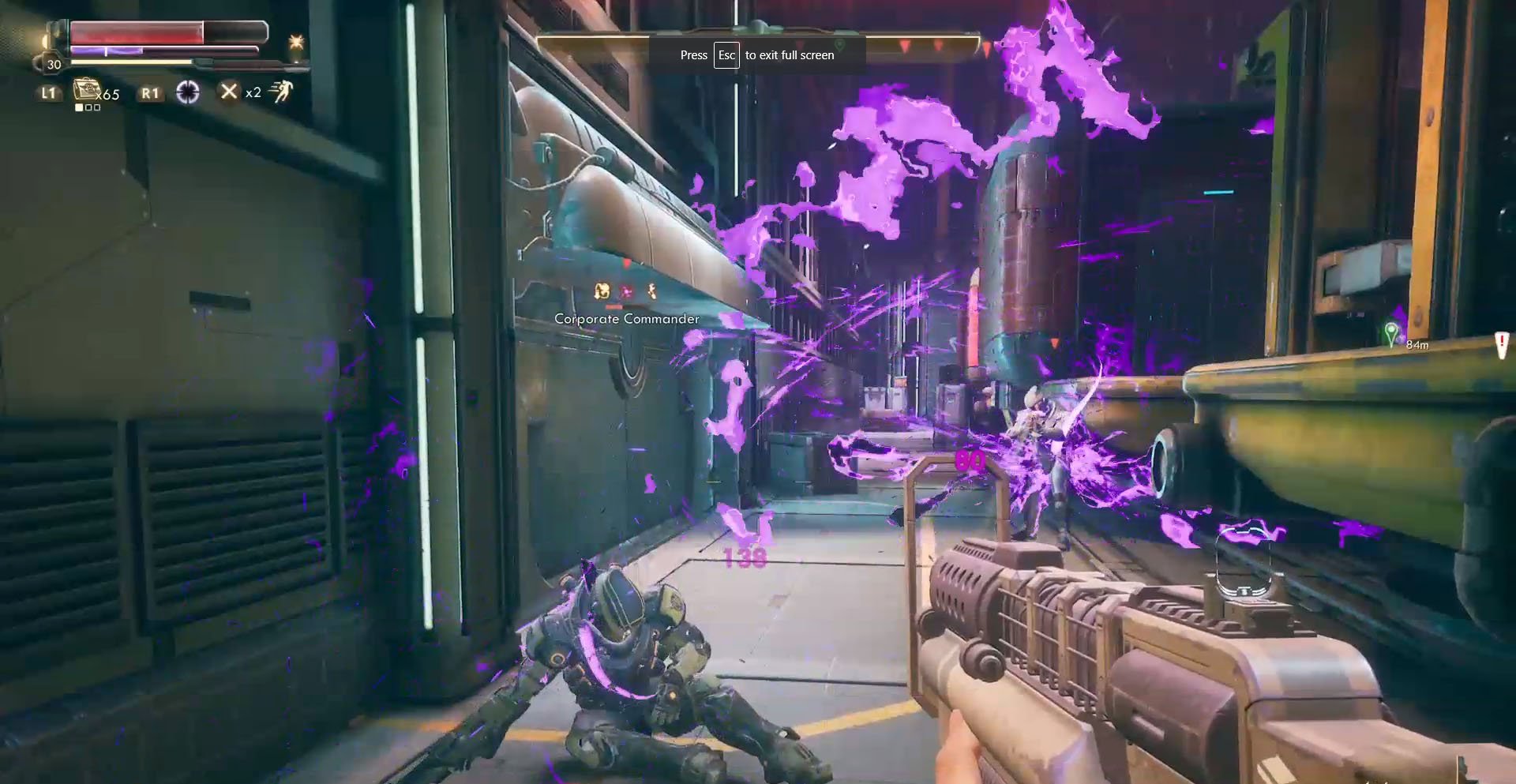 The key to this Build is to get the first kill to trigger Confidence, which usually ends in a chain of one shot kills. The automatic Critical Hit applies to ALL projectiles fired from the Shotgun so this works to our advantage, particularly with all the Critical Damage boosts.

Lastly, Shotguns have extremely short range, so make sure you get up close and personal. You really can’t get too close for your shot, unless you are getting lit up. Consider shooting enemies in the chest in TTD if this is the case, and you know you can’t quite get the kill in one headshot. This will knock them down, buying you some time to unload or focus on a new target while they lay in their N-Ray Damage.

Stay tuned for more Outer Worlds coverage and be sure to check out our Getting Started, Character Creation, Best Weapon and Build Guides if you’re looking for more content, and check out our Review if you’d like to know our thoughts on the game.