In this Outer Worlds Build Guide I’m going to be covering the Elite Trooper, which is a Build that focuses on hacking enemies to death with melee weapons quickly and efficiently. There are several ways you can make an effective Build in The Outer Worlds and the Elite Trooper is one of them. If you’ve been looking for a solid melee Build, this Guide is for you.

The Elite Trooper uses a combination of Melee Weapons and Heavy Armor to beat his enemies to a pulp without sustaining injuries. Damage and protection are key to the effectiveness of this Build, because if you’re going to run into a pack of enemies you have to be able to take them down quickly, and not die in the process. In this Guide, we’ll show you how to do just that.

The best place to begin with any Build is Attributes, because these cannot be respeced, so this decision is permanent. When making a melee Build you want to focus on Attributes that are going to increase your damage with each swing, as well as those that will keep you alive. The best way to do that is by placing points into Strength, Intelligence and Temperament.

Strength will just straight up increase your Melee Damage by a percentage, which only gets more and more useful as the game progresses. Intelligence will increase your Critical Damage, and since you’ll have a very high Critical Chance, this will be a nice boost. Temperament will give you a modest amount of Health Regeneration, which is a nice to have, even if it’s not mandatory.

I suggest placing 3 points into Strength, 3 into Intelligence, removing a point from Perception, and spending that in Temperament. You do not need Headshot/Weakspot Damage with this Build, as you’re just going to play “whack a mole” with the enemies as fast and hard as you can. Dexterity is not quite as good as Strength or Intelligence, so I don’t recommend investing here. 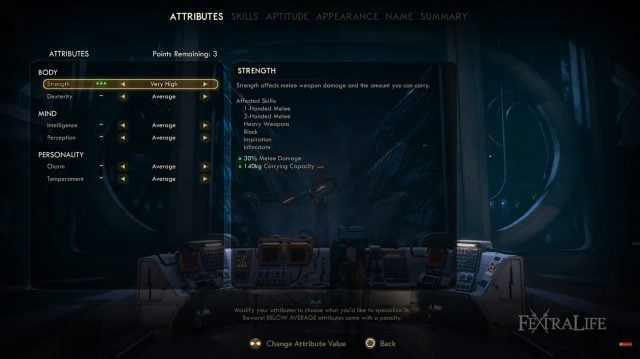 There are really only 3 Skills we are interested in for this Build, though you will likely use others for Dialogue reasons or what have you. 1-Handed Melee or 2-Handed Melee, Science and Block are these Skills and I’ll explain why they are great for this Build.

You’re going to have to decide if you want to play with 1-Handed or 2-Handed Weapons eventually, but near the beginning you can use either just as effectively. The passive from these boosts your Critical Hit Chance, and since we plan on doing so often, this is great for boosting damage.

Science will passively increase your damage with Plasma and Shock, so it’s a great way to boost overall damage if you’re using a Weapon of this type. It also allows you to improve your Weapons and Armor via Tinkering, which is nice. At 60 you gain a +25% damage bonus to Corrosion and N-ray, so you can include those weapon types once you get there.

Block is the least useful early on, but becomes more and more useful as the game progresses. You don’t really need to do any Blocking at all with this Build, but the passive benefit of increased Armor value while wielding a Melee Weapon is invaluable at keeping you alive. If you can get your Armor Rating up high enough, you take almost no damage at all. 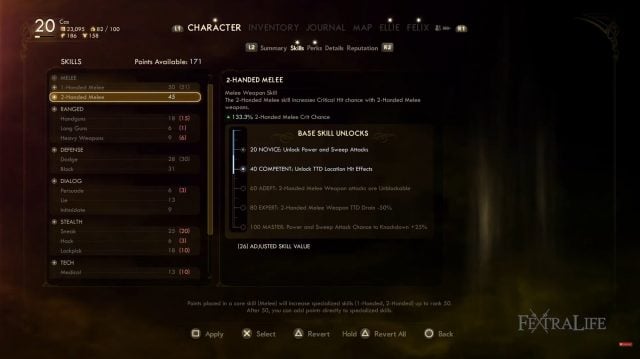 Perks are not super important when it comes to Builds in The Outer Worlds, but there are some that are more effective than others for the Elite Trooper. In this section we’ll take a look at which those are, and how they help you get the most damage per swing while keeping your Health and Armor Rating high.

Toughness – This Perk boosts your Health by 50%, which is not a small amount. Since you’ll be in the line of fire often, you’ll want to get this one early on.

Cheetah – This Perk allows you to Sprint 20% faster. There is no Stamina in The Outer Worlds, so this will allow you to close the distance between you and your foes more rapidly without having to worry.

High Maintenance – Since you’ll be swinging your weapon repeatedly and getting hit often, this will prevent your Durability from decaying as quickly. It’s a pain in the ass to constantly repair, and this will make it so you don’t have to do it quite as much.

Resilient – A flat increase to Armor Rating by 5. This is much better early on then it is later, but you need all the Armor you can get, so take this one.

Harvester – This Perk restores Health on Kill, and you will need this to stay topped up as you take fire from enemies. You will take damage playing melee and this helps to keep you alive.

Armor Master – This Perk gives you 10% more Armor Rating, which only gets better as the game goes on. In addition, the passive benefit Armor provides to some Skills gets doubled. This is less useful than it seems with this Build, but it’s a nice additional bonus.

Tit For Tat – This Perk makes it so that 15% of the damage you deal in melee heals you. Probably one of the strongest Perks in the game, you’ll definitely want this one!

Melee Builds struggle a bit mid game because there is only one Tier 2 Perk that is useful to them. This means they start to fall behind here, and have to tough it out until they reach Tier 3 Perks. Consider taking a Flaw or two to get to Tier 3 faster, just pay attention to what they do, because some Flaws are really really bad. 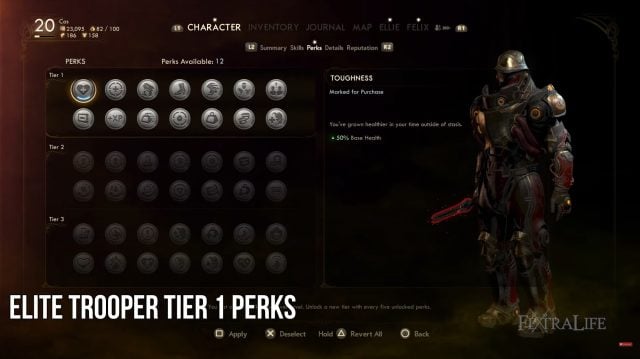 Weapon-wise you can use either a 1-Handed or 2-Handed Melee Weapon for this Build and it really comes down to personal preference. Once you hit 60 in 2-Handed enemies cannot block your attacks, and for this reason I’d recommend using them once you get there, but you don’t have to.

Make sure that your Weapon has Plasma or Shock Damage early on to gain the boost from Science, and either of these 2 or Corrosion or N-ray later on. If it’s not, you can use a Mod to change its damage type if you need too. Also, slot a Grip Mod on the weapon if it has one to further boost effectiveness.

Armor-wise it doesn’t matter which you use as long as it’s Heavy Armor and it has the highest possible Armor Rating you can get. Skill bonuses are not super important, but if you can find one that gives you bonuses you like, use it, as long as you don’t have to sacrifice Armor.  The same goes for your Helmet. 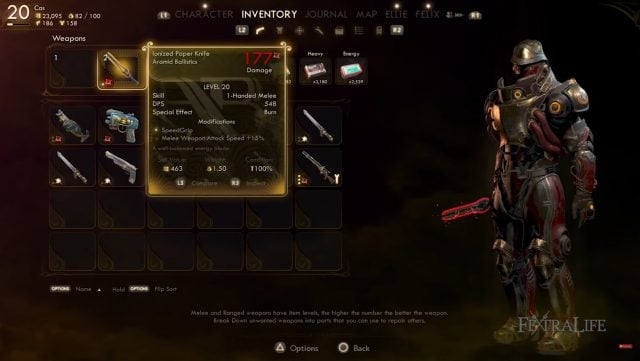 Because you will be super tanky with this Build, it’s not a bad idea to put the Sneaky Perk on your Companions so that they are attacked less often, helping to keep them alive. Also, consider spending some Perks to enhance them when you reach Tier 2, since you won’t really have anything else to spend them on anyway.

You can play a melee Stealth character if you switch Block for Sneak, and Heavy Armor for Light Armor, but if you do you’ll want to make sure you use a 2-Handed Weapon for maximum one hit damage. Additionally, it can be very difficult to Sneak up on enemies later on in the game when they are in large groups, so if you made a stealthy melee character and you find you are having issues, try swapping your Armor for Heavy Armor and respecing Sneak to Block and seeing how it goes. I found it more effective overall.

If you manage to max out Science and Block I strongly suggest placing all further skill points into Leadership to make your companions even more effective. You’re the tank of the group, so you want them to be able to help take things down while fire is directed at you.

Lastly, there are some great Unique Melee Weapons out there, so keep an eye out for them. I like using the Ionized Paper Knife mid game, but there are other good ones as well. Use the Wiki to find their locations and get them as soon as you can.