In this Outer Worlds Build Guide I’m going to be covering the Corrosive Terminator, which is a Build that focuses on eliminating enemies from mid range with a myriad of bullets. There are several ways you can make an effective Build in The Outer Worlds and the Corrosive Terminator is one of them. If you’ve been looking for a Heavy Weapons Build, this Guide is for you.

The Corrosive Terminator is a combination of Heavy Weapons and Heavy Armor that give you insane damage and fantastic protection at the same time. It maximizes each bullet’s damage so you can mow down your targets with the fewest bullets fired possible, conserving ammo. If you want to walk into a hoard of enemies and gun them all down in a single clip without so much as a scratch, this Build is for you.

The best place to begin with any Build is Attributes, because these cannot be respeced, so this decision is permanent. When making a Heavy Gunner Build you want to focus on Attributes that are going to increase your damage with each shot as well as keep you alive, and the best way to do that is to maximize Intelligence and Temperament.

Intelligence gives you increased Critical Damage, which will boost your overall DPS. Temperament increases your Health Regeneration, nearly wiping out the need to ever heal entirely. Maxing Temperament is overkill on normal or below difficulties, so if you’re playing one of these, consider dropping a point or two for Dexterity to increase your reload speed. You can put some points into Perception if you wish to further boost Weakspot/Headshot Damage, instead of Temperament, but it’s not always easy to aim for these with weapons that kick hard, so I have not included it my Build. 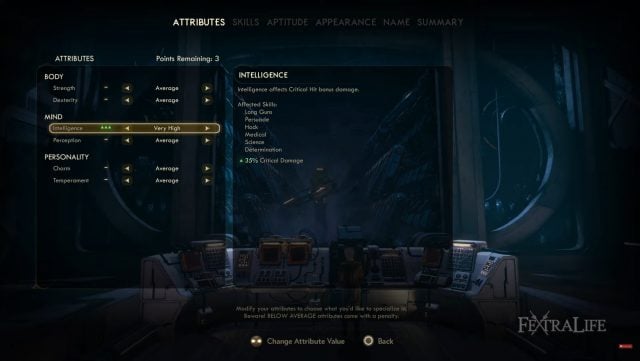 There are really only 4 Skills we are interested in for this Build, though you will likely use others for Dialogue reasons or what have you. Heavy Weapons, Science, Medical and Engineering are these Skills, and I’ll explain why they are essential to this Build.

Heavy Weapons increases you Critical Chance and reduces your weapon sway, and both of these are important. You’ll have increased Critical Damage at Heavy Weapons 40, and will also have this from Intelligence. Heavy Weapons tend to have massive recoil when firing, so the reduced weapon sway will help tremendously.

Science will improve your Shock and Plasma Damage for each point invested, and your Corrosion Damage by 25% once you get it to 60. Use Shock or Plasma until you get there, and then again much later in the game when Science is nearly maxed.

Medical and Engineering are mainly here because these will already have high values due to your investment into Tech, and there really aren’t any other good use of Skill Points for improving damage. Taking these to 100 will increase your damage to Humans and Automechanicals by 20% which is a decent amount. You don’t have to use these of course, and can invest into Dialogue or Leadership if you prefer. 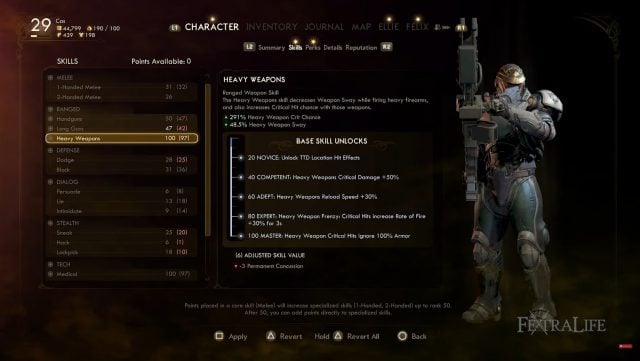 Perks are not super important when it comes to Builds in The Outer Worlds, but there are some that are more effective than others for the Corrosive Terminator. In this section we’ll take a look at which those are, and how they help you get the most per shot damage without getting yourself killed.

Toughness – This Perk boosts your Health by 50%, which is not a small amount. Since you’ll be in the line of fire often, you’ll want to get this one early on.

Strider – This Perk allows you to walk 25% faster. This one isn’t super important, but you will be walking while firing, so it will give you some more mobility when doing so.

High Maintenance – Since you’ll be firing your weapon repeatedly and getting hit often, this will prevent your Durability from decaying as quickly. It’s a pain in the ass to constantly repair, and this will make it so you don’t have to do it quite as much.

Run and Gun – This Perk will reduce your Accuracy Penalty while moving, which you will be doing a lot while firing your weapon with this Build. You’ll definitely want this one.

Harvester – This Perk is a great way to keep your Health topped off by replenishing a decent chunk of it whenever you get a kill. This one will go a much longer way in harder difficulties.

Steady Hand – This Perk further reduces your Weapon Sway and Movement Penalty to Accuracy after getting a kill. Take this one and just keep on killing things.

Armor Master – A decent perk for boosting your overall Armor Rating, and gaining some extra Skill Points. Find some Heavy Armor with Heavy Weapons on it, and your in business.

Revenge – You’ll often have Status Effects on you because you will not be using cover at all with this Build. Use that to your advantage to increase your overall damage with this Perk.

Penetrating Shots – Perfect for any Build that fires a lot of bullets. This will help you kill some of the harder more challenging enemies in the game, and comes in handy on harder difficulties.

Thick Skin – This Perk helps to keep you alive, which can be challenging when running in guns blazing. Take this one to make you even harder to kill. 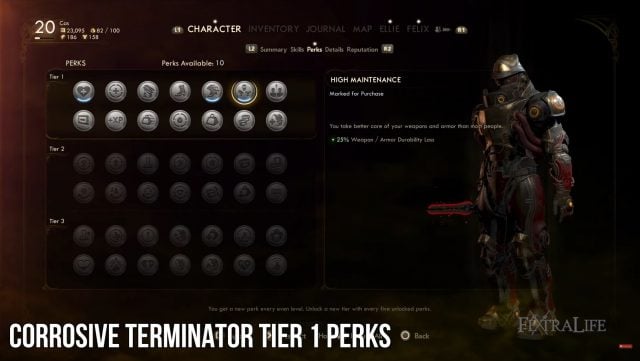 For this Build I like to use both the Heavy Machine Gun and the Shock Cannon, but you can also use a Flamethrower. The reason for this is that they provide more opportunities for Critical Hits because these Weapons fire many projectiles in rapid succession. And since we have focused on maximizing our Critical Damage, this works out nicely.

Be sure to mod these Weapons. I like the Sure N’ Straight Barrel for the Machine Gun to help with recoil, and the Mag-2-Melt to change its damage to Corrosion. And I like to use the FunTimes Barrel for the Shock Cannon for even more Critical Damage, and the MagNum for increased Magazine Size, since this weapon doesn’t have much kick to it and it already has Shock Damage.

Armor-Wise it doesn’t matter what you wear as long as it has very high Armor Rating. However, I do recommend using the SubLight Contractor Helm for your helmet slot because this will give you +25% damage to Creatures. That means you should have +20% or better damage against all enemy types at end game if you follow this guide. 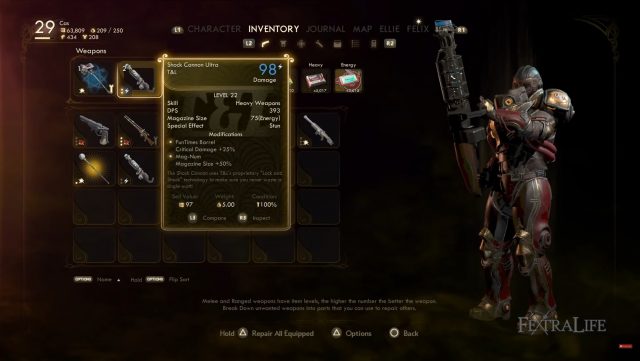 Make sure to mod your Machine Gun to Shock or Plasma early on so that you gain the benefit from Science which increases these damage types. I highly recommend taking Heavy and your Tech Skills to 20 and then getting Heavy Guns to 40 to get that increased Critical Damage. Then alternate between Tech Skills and Heavy Guns until you have to place points individually. Try to hit that Science breakpoint at 60 and then focus on Heavy Guns until you max it. Then bring up Engineering and then Medical to max.

As I mentioned you won’t gain damage from Engineering and Medical until they are maxed, so you might consider placing points into Leadership instead to help make your Companions stronger. This is very important on harder difficulties, particularly Supernova where they can die permanently. It’s up to you to decide, but you can always place points into Leadership until you have enough to max out Engineering and Medical and then just respec.

Be sure to Tinker with your Armor and Weapons to increase their effectiveness. Just be sure you swap them out for their improved models as the game goes on, or you’ll pay a fortune in Tinker fees. Be on the lookout for new versions of the same type of Heavy Guns and upgrade when you can.

Lastly, make sure you keep an eye out for the Mods you will need for this Build and stock up on them so that you can drop them into your improved Weapons later on. You don’t want to find a weapon with much better damage but then not be able to use it because you don’t have the proper Mods. Note what you need, and purchase or steal them when you see them.