Well, The Outer Worlds is finally here, and with it will undoubtedly come an avalanche of players looking to make the very best Builds they can, and contained with them will of course be Perks. Perks are obtained every two levels in The Outer Worlds, or ever time you take a Flaw, and max level is 30. This means without taking any Flaws you’ll have a total of 15 Perks by the end of the game. In this article I want to take a look at some of these Perks, more specifically the Best Perks, and why you should consider using them in your Build. 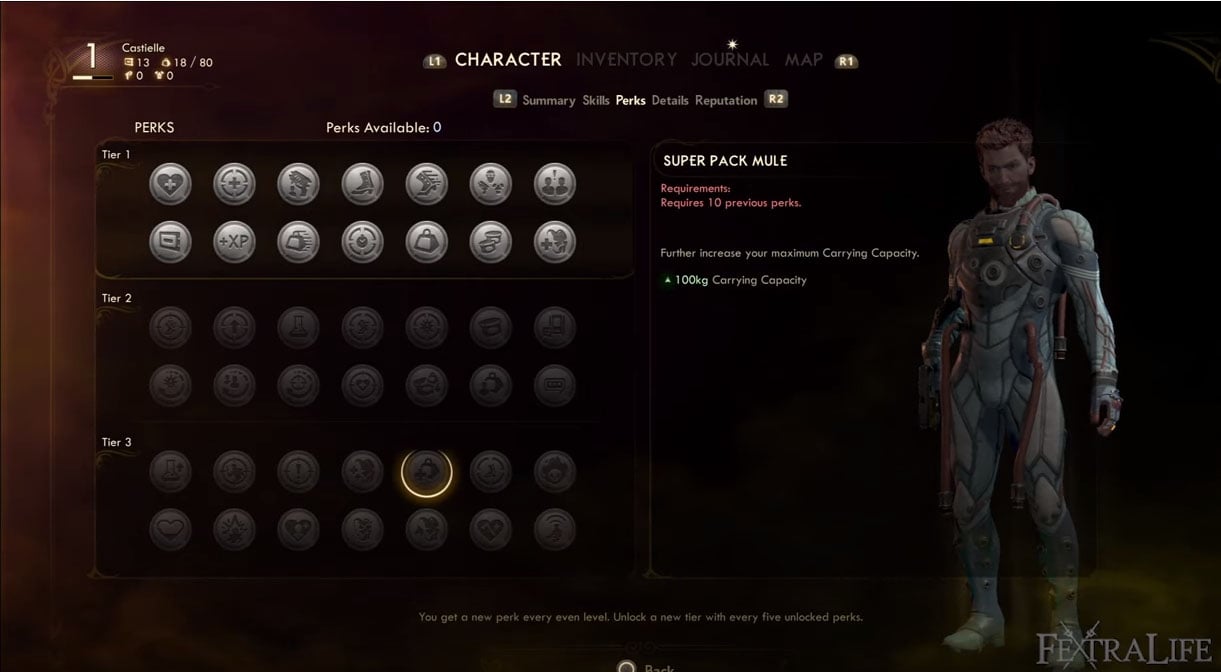 Some of the other Perks in this Tier are situational, like Slow the World. This is a great Perk for a sniper Build, but very few other Builds are going to use it much. Additionally, Resilient is great for Melee and Heavy Gunner Builds, but your standard player will probably utilize some form of cover during their first playthrough when they can, so it becomes less useful on average.

Tier 2 Perks are the weakest by far in The Outer Worlds, and some Builds are really going to feel a dip in performance during this portion of their playthrough. About the only Build type that stays strong here is a sniper due to Harvester, The Reaper and Scanner.

Tier 3 features many many Perks that are more specialized to the type of Build you are playing. For instance, Steady Hand is amazing if you use Assault Rifles, Shotguns or Machine Guns, but is not particularly great otherwise. Solo Sneaker makes you much harder to detect but requires you to play a stealthy Build and have no Companions to be useful. There may be better perks in this Tier for your specific Build, but these I have listed are just generally good for anyone.

Stay tuned for more Outer Worlds coverage and be sure to check out our Getting Started, Character Creation, Best Weapon and Build Guides if you’re looking for more content, and check out our Companions guide if you’d like information about each one how to best optimize them.