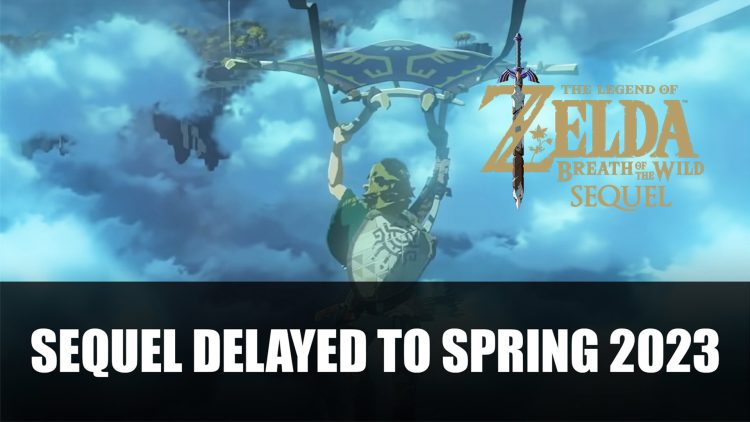 Nintendo has announced The Legend of Zelda: Breath of the Wild sequel will now release in spring 2023.

The Legend of Zelda: Breath of the Wild Sequel Now Delayed to Spring 2023

Originally announced to be releasing in 2022, the sequel to The Legend of Zelda: Breath of the Wild has now been delayed to next spring 2023. The news was announced in a message released on the official Nintendo Youtube channel where the producer of the series Eiji Aonuma made the announcement.

He went on to share some details about the new game, previewing the previously released footage of Link jumping and climbing his way up very tall structures. Aonuma said that the sequel will not be just set on the ground but also adventuring in the skies above. The footage shows Link gliding through the clouds and floating islands. While Link could glide in the previous title, it looks like a lot of the new game will focus on floating regions.

We did get to see something new, Link holding the Master Sword, or what appears to be the sword but slightly damaged, with it still glowing. What happened to the sword? This could be hinting at what happens in the sequel. 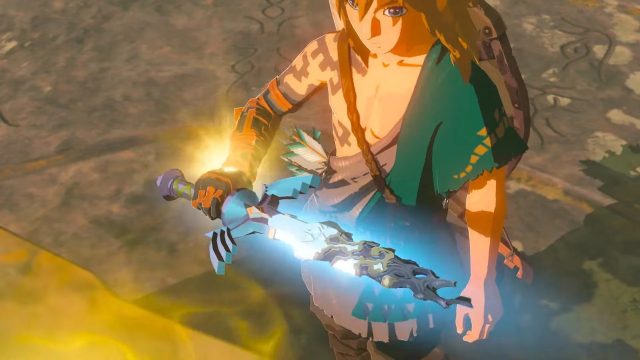 Link holding the Master Sword a glow but damaged

The delay is to give the already hard at work development team more time to “make this game’s experience something special” according to Aonuma.

Fans have been greatly anticipating the release of the sequel of Breath of Wild ever since it was revealed at E3 2019. The game was a launch title for the Nintendo Switch, offering a dynamic open-world experience with plenty of ways to travel including glider, horse and even shield surfing as well as a number of dungeons and puzzles. We can’t wait to see all the new mechanics, regions and more to be revealed closer to the release date, but it looks like it will be some time.

The Legends of Zelda Breath of the Wild 2 (sequel) will be released in spring 2023 for Nintendo Switch.