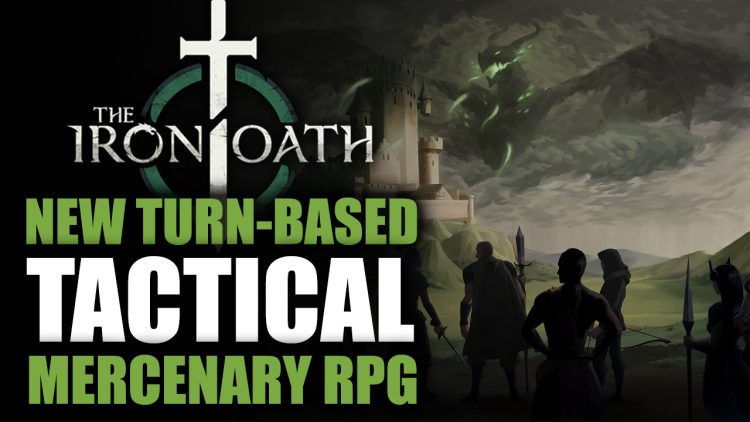 The Iron Oath is a new turn-based tactical RPG that’s coming to Early Access on April 19. Developed by Curious Panda Games, The Iron Oath was a successful Kickstarter Project back in 2017.

There is no shortage when it comes to turn-based RPGs these days. Earlier this year, we were treated to a few titles already that would scratch the turn-based itch. Expeditions: Rome received its Death or Glory DLC, Coromon was a monster tamer similar to an 8-bit Pokemon, and Demeo tried to recreate an authentic tabletop experience. Later this month, King Arthur: Knight’s Tale is getting released on April 26 (after numerous delays).

On April 19th we are going to get another, new indie gem by the title of The Iron Oath. This upcoming game has you manage a band of merry (or mean) mercenaries. You lead this group of soldiers-for-hire through dangerous missions all throughout the medieval land of Caelum. However, raking up fame and glory is not as easy as it sounds.

Caelum is rife with political unrest, rival factions, brigands, and other rival mercenary groups. There are even whispers of the return of the ancient Scourge, an otherworldly threat that has wrought destruction in the past. Take upon the Iron Oath and gain gold and glory!

It’s A Mercenary’s Life for Me

As the leader of this ragtag band of soldiers, you must manage them in many different ways. You will attract new recruits and train them from the ground up. It will be of utmost importance to find the worthy amongst the throngs of potential allies, selecting skills and abilities that would compliment your play style. In the Iron Oath, you will also need to balance the desirable versus the less desirable traits and skills. 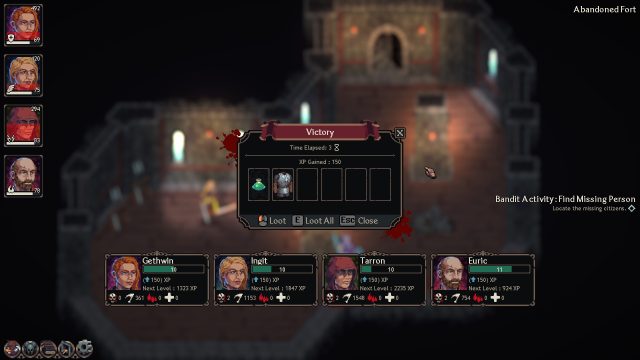 Equip Your Heroes With the Finest Gear

You will also need to equip them with the best of the best. Armor, relics, and other artifacts will be essential to your company’s success. The group will also need to be provided with a good amount of provisions to be able to ensure their survival as they journey through.

The life of a mercenary is often dangerous and full of other perils. As the narrator of the trailer says, “those who walk timidly, weak, and alone are consumed by the fires of this world.”. It is those who choose this kind of lifestyle who take “The Iron Oath”. 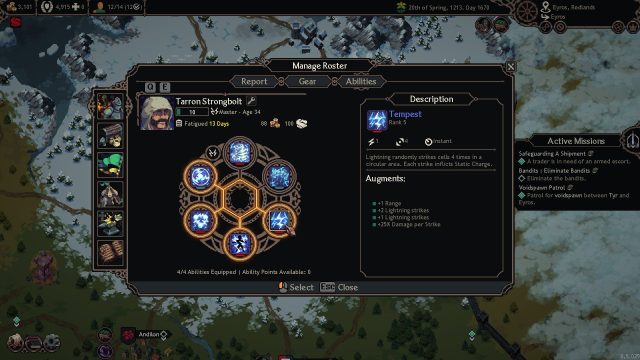 As your company gains more reputation (or infamy), more options will become available. People will be more interested in joining you on more dangerous missions. The bounty board will become your best friend, taking on jobs that will grant you rewards and experience.

Contracts and jobs are not simply a walk in the park. You do not have the luxury of time, as more dangers can present themselves the longer you take. Enemies can catch wind of your approach and prepare themselves accordingly. Encounters have a chance to become much deadlier as foes can lay down traps or ambush you since they had time to organize themselves. 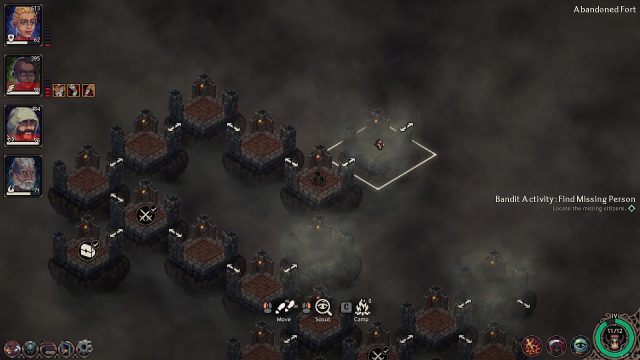 Injuries in The Iron Oath are persistent and can worsen if left untreated. Similar to games such as Darkest Dungeon and King Arthur: Knight’s Tale, battered recruits will need to have their bodies healed and will take time to recover. Time is a valuable resource.

It is Time to Get to Work!

Time does not wait for you in The Iron Oath, as expressed earlier in the way contracts work. Your recovering party members will be out of commission for a while, meaning they will not be able to assist you on contracts. No completed contracts mean no gold and eventually will spell destruction for your company. 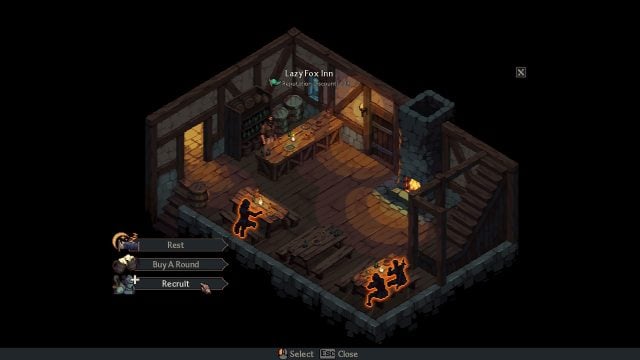 Recruit and Rest at the Tavern

Thus you should not put all your eggs in one basket. It would be wise to have more than a few good recruits ready and able, just in case your strongest heroes need a breather. Similar to Wildermyth, time also causes your characters to age. This will mean that eventually, they will decide to retire and move on from the life of The Iron Oath.

As you complete more contracts and gain more renown, there will eventually be choices that need to be made. You will have the option to have a noble heart and act honorably or become a ruthless warlord that makes brutal, selfish decisions. 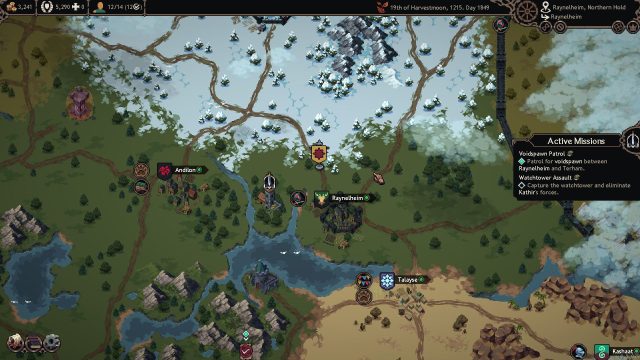 The Land of Caelum is Forever Changing

Whatever the choice, there will be consequences and reactions. For the kindhearted, peasants may open up to you and shower you with attention. Act untowardly to some nobles and they may decide to throw an assassin or four at you, making exploring a lot trickier.

You also won’t be accepting jobs just related to taking out brigands, bandits, and other thieves. Lords and Ladies play their political game alongside your quest on The Iron Oath. The political landscape changes over time as factions go to war against each other. Cities will rise and fall as nobles vie for total control over the lands. 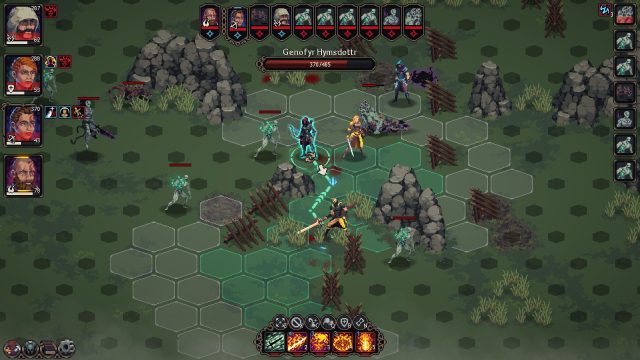 You may even be called upon to change the tide, giving one side an advantage over the other. As you aren’t a politician, it will be difficult to see how this would affect your future aside from gaining more coin in the short term.

The Iron Oath’s combat will be on a hex-based grid system. Players will take turns commanding their recruits through the battlefield, trying their best to take out as many threats as possible. While there haven’t been too many deep dives on the combat intricacies, we do know that there is currently a plan to have 12 classes in total. These will all have their unique looks, skills, and abilities.

First off is the Paladin, a holy warrior that can support allies and smite the wicked. As they are clad in full plate armor and wield a hardy shield, they can be excellent tanks. Their Safeguard ability can help absorb damage from her party. Holy Barrage can deal large amounts of holy damage to multiple foes at once. 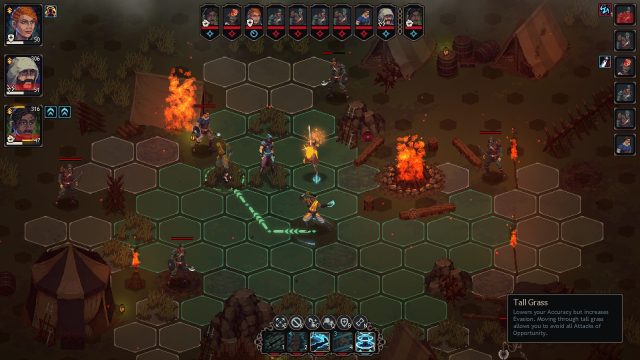 The Pyrolancer is quite a unique name. Much like their namesake, they wield a massive lance and are imbued with the inherent ability to manipulate fire. They can use Infernal Pillar to strike multiple foes in a line in front of him, piercing them and setting them aflame. Wildfire can burn enemies and spread the resulting conflagration across the battlefield.

We also have the Stormcaller, your basic lightning and wind-based magic class. Positioning is quite crucial for the Stormcaller, as they can perform devastating area damage with Tempest if enemies are situated just right. They can also use Conduit to absorb the energy of nearby hostile magic and send them back onto their casters. 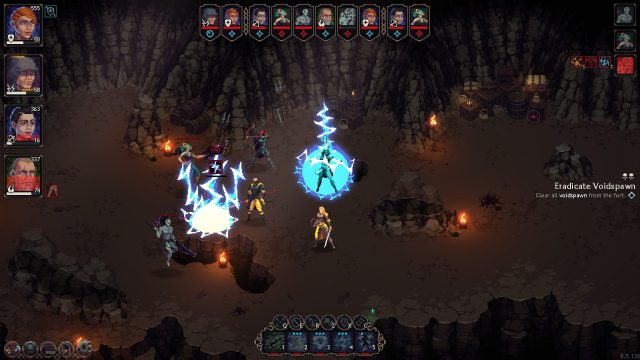 Next is the Valkyrie, a brave warrior that wields polearms and dons plate armor. They are efficient damage dealers and support characters. With Skewer, they can damage multiple foes and drag them towards her. Very handy to pull foes into melee range or bring them into a more desirable position for you. She also has an Aegis ability which protects her allies from damage.

The Rest of the Cast

Though not as detailed as the first four, the other classes are also very interesting. Grapplers are damage dealers that can block and counter most attacks. The Hellraisers are like necromancers who can cast curses on enemies and summon the undead. Shifters are casters that warp space and time, creating forcefields to protect allies or hinder enemies’ movements. Sages are like priests in the most literal sense, healing and buffing their allies with Tree of Life. 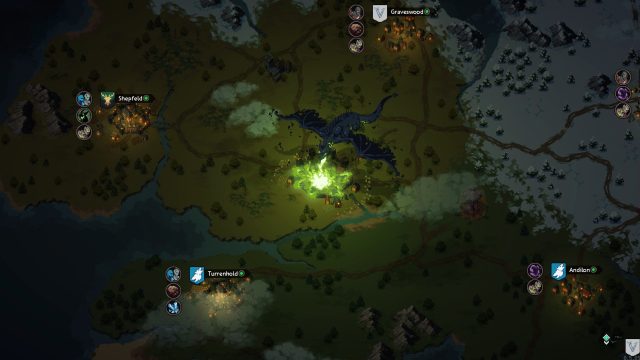 The Scourge Looms Ever Closer

The Warden is the perfect tank class, wielding an even larger shield than that of the Paladin. With their None Shall Pass skill, they entrench themselves into the ground, shielding damage coming from in front of them. For the sneakier bunch come the Nightstalkers. These rogues specialize in hindering enemies’ movements while staying close to the shadows. Trickers love to create disarray in the enemy’s ranks with traps, flasks, and other machinations. Lastly, we have the Troubadour. They are the bard class, performing songs and music to buff their allies with their lute.

Closing Up The Iron Oath

The Iron Oath looks like the perfect game to check out if you’re a fan of roster management like Darkest Dungeon or King Arthur: Knight’s Tale. It will also be great if you’ve tried out other turn-based games such as Disciples: Liberation or Solasta: Crown of the Magister. You can purchase The Iron Oath on Steam on April 19th. Price is currently unavailable but if you check out their Kickstarter page, you can assume it would be around $14.99 on launch.