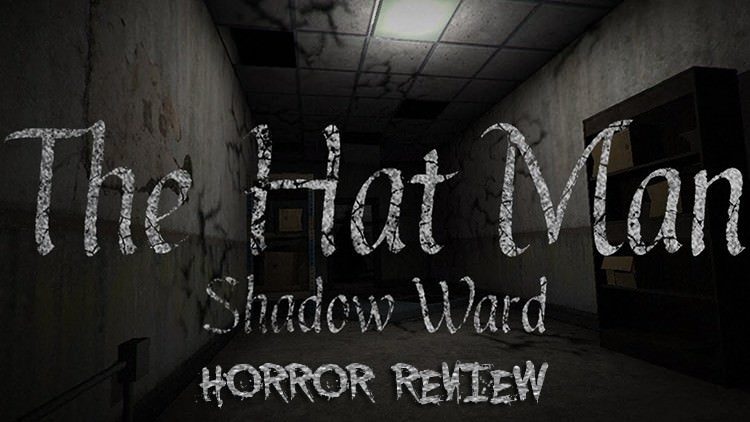 “The Scariest Game of 2014” trumpets the website and Steam Store page. That would be quite an achievement, considering 2014 was the year of release for Alien: Isolation, Walking Dead Season 2, Daylight, the Outlast DLC, and The Evil Within. Well, OK, that last one was pants. Scratch that one. But still, quite a claim. Unfortunately, as with movies, so with videogames: the unattributed quotation is a great big red flag. 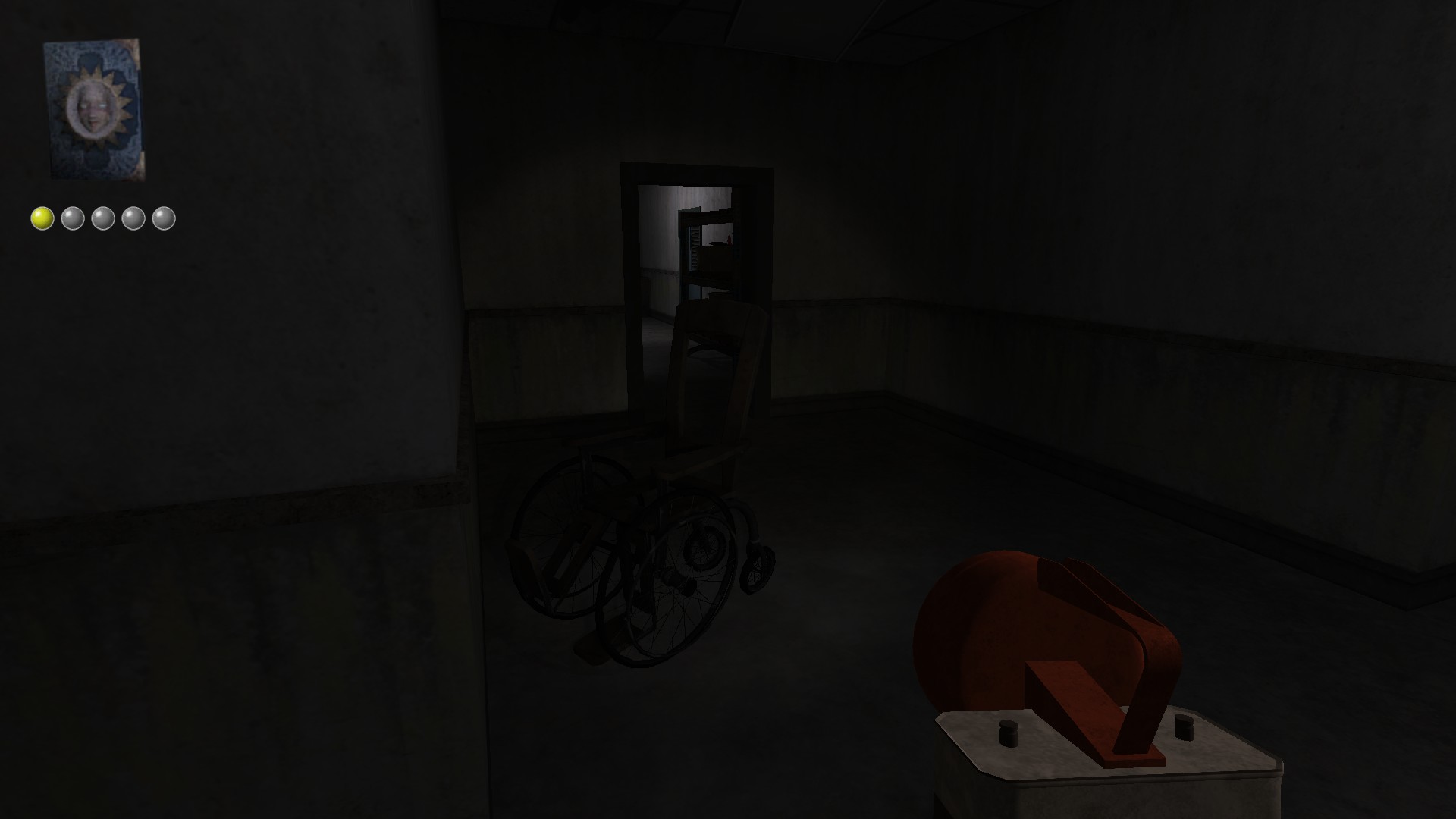 This is not the only peculiar claim the game has going. Having a good hefty gaming rig, I usually go into game options to figure out how high I can push the graphics settings. This game has three levels available: So So, Good and Fantastic. I selected Fantastic. Then I restarted the game to make sure I hadn’t accidentally clicked something else at the last second. Nope, that was supposed to be Fantastic. I therefore tried out So So, and there was no discernible difference except the sporadically-appearing hand icon being a little rougher round the edges. I understand this is an Indie effort, but claiming Fantastic settings when games like Dark Meadow look better on an iPad is just odd. 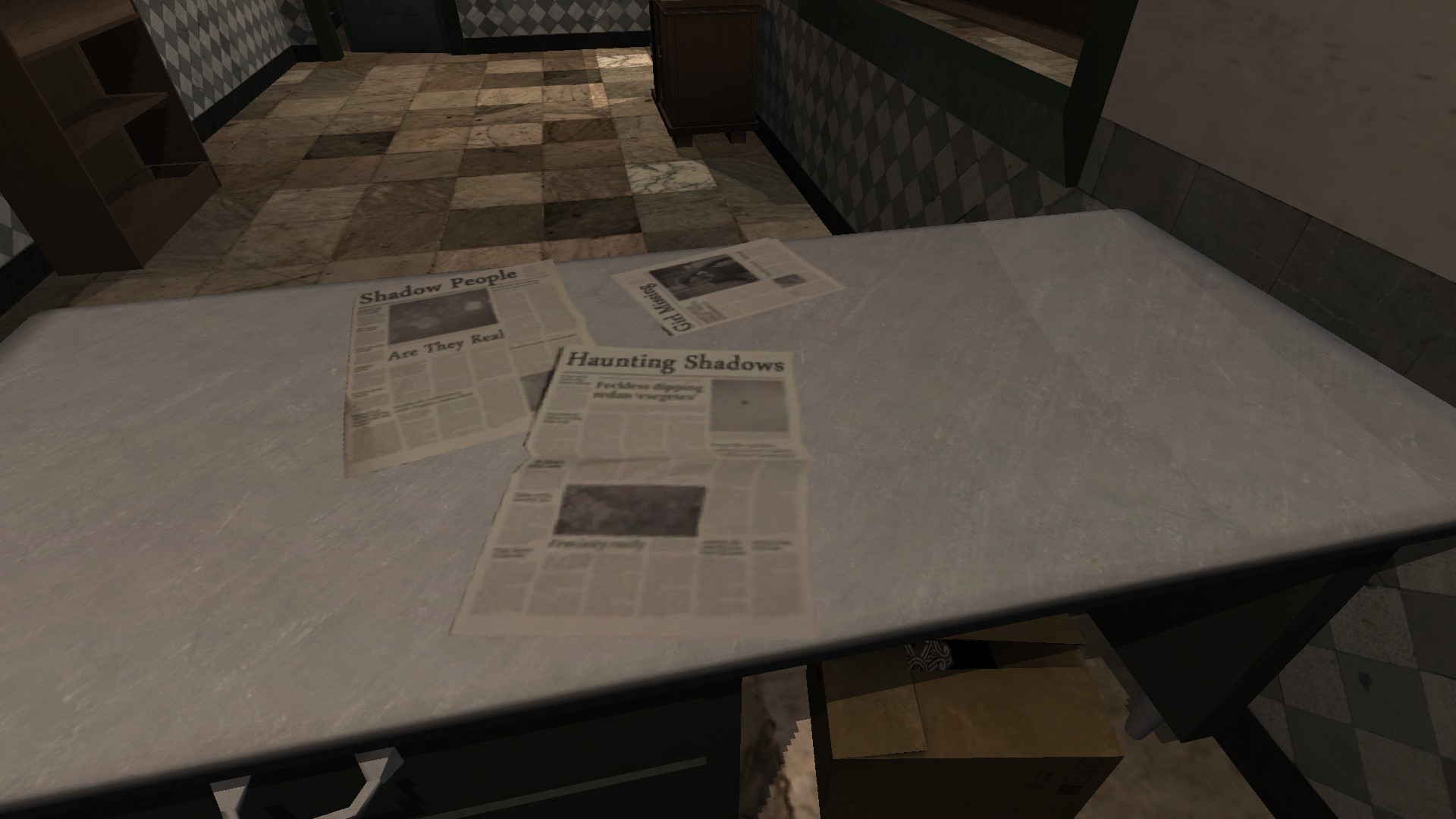 They have weird newspaper names in Ohio. Clearly they got bored with titles like ‘Times’ or ‘Chronicle.’

Controls are standard fare: WASD to move, Q and E to lean, space to jump (and I did not find a good reason for ever doing so), J for Journal and I for Inventory. Where the control scheme does veer away from these norms is in being erratic and unresponsive. There is really not that much to interact with in the game, and the few that can be risk being missed because the interaction area can be obtusely precise and the response rate so poor. I spent a good five minutes trying to open bathroom stalls before realising that you have to aim exactly at the handle – and even then half the time you can’t get the door to open. This is then accompanied by an on-screen message “click to open” which is all the more frustrating when you’re attempting precisely that. 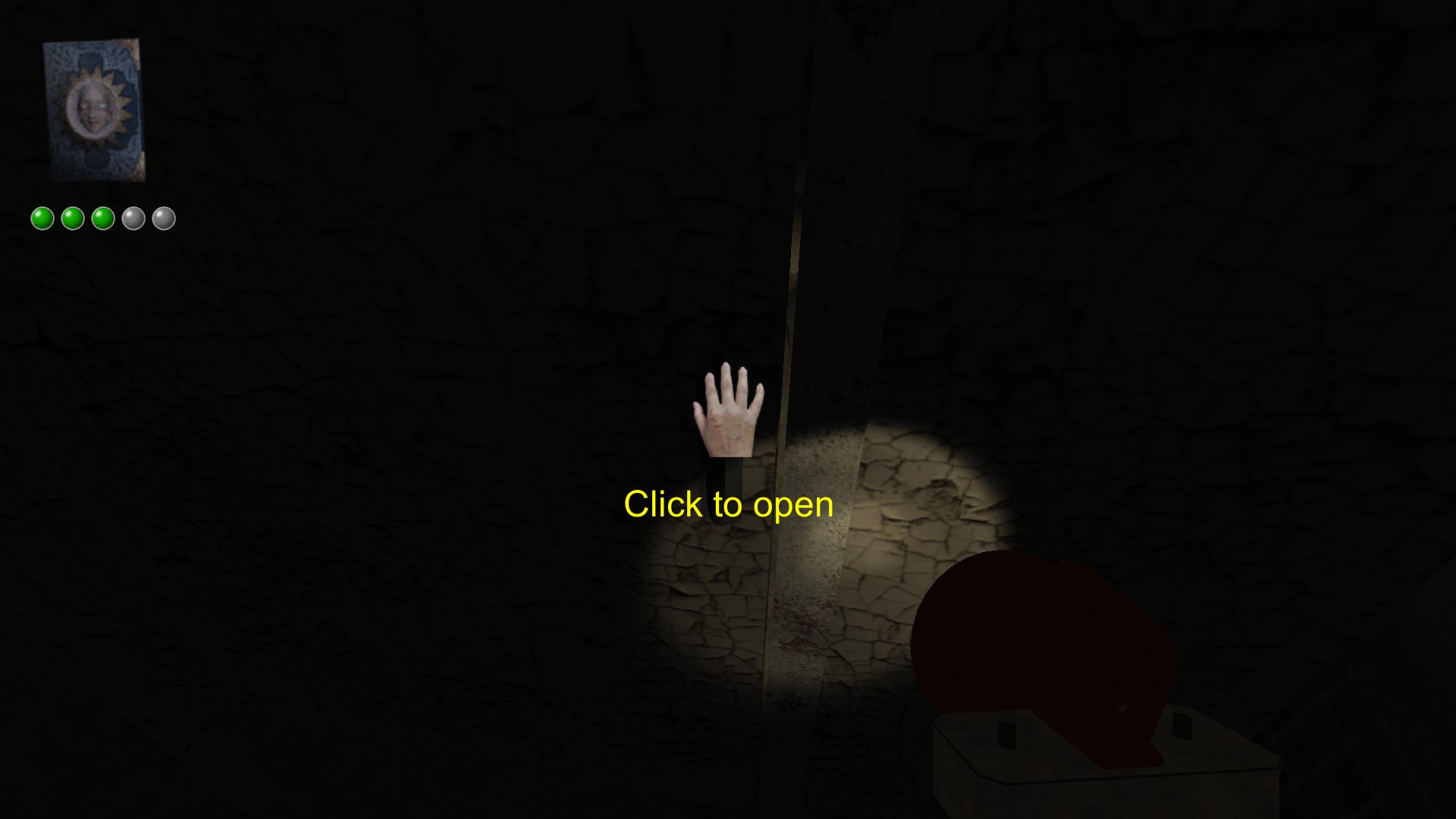 The game’s exposition and narrative are also baffling. You can choose to play as Father or Mother for no good reason. You then appear in an elevator, with a telegram in front of you conveying the parallel messages that a) your daughter has disappeared from the insane asylum where she was presumably resident, but b) you don’t need to bother yourself going there, it’s all good. Finding your way to what was presumably your daughter’s room, picking up her journal prompts a full-on Silent Hill transportation to a ruined version of the asylum, and the random scattering of the pages. Finding these pages pretty much is the balance of the game. 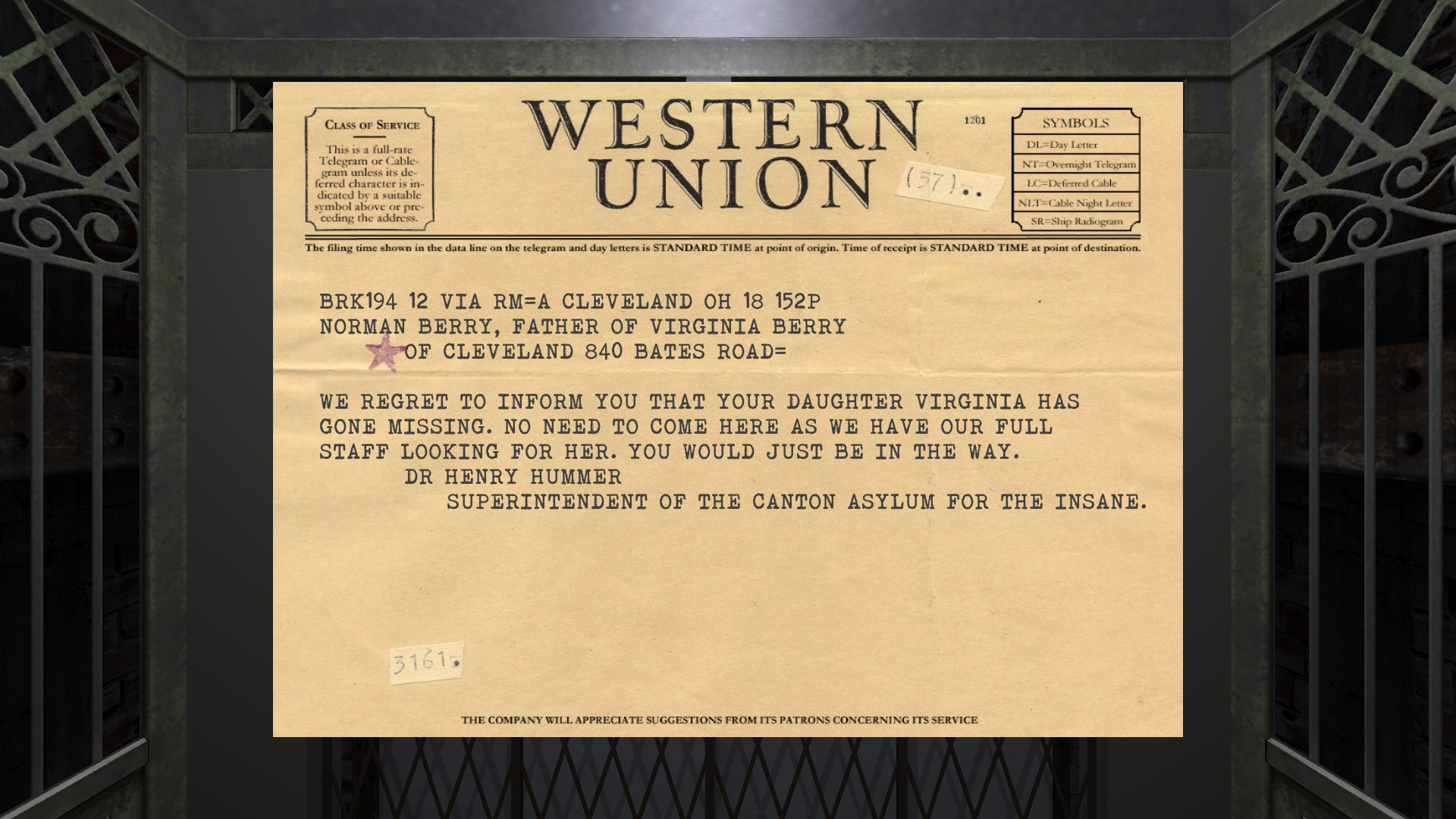 Your daughter is missing! But everything is cool! Also, I’m not trusting any doctor called ‘Hummer.’

It was not till I found the eleventh of these pages that the premise of dealing with the game’s antagonist is explained: shut off the flashlight and crouch. However, by the time I’d found this gem of information, I’d already found it is almost impossible to consistently turn the flashlight off and it was far easier to simply walk away. Because all the Hat Man does is float at you if you look at him. So, just walk away. Because the game is procedurally generated, and not very well, I also found it was a good policy just to keep turning left and listen for the audio cue that a page was nearby. 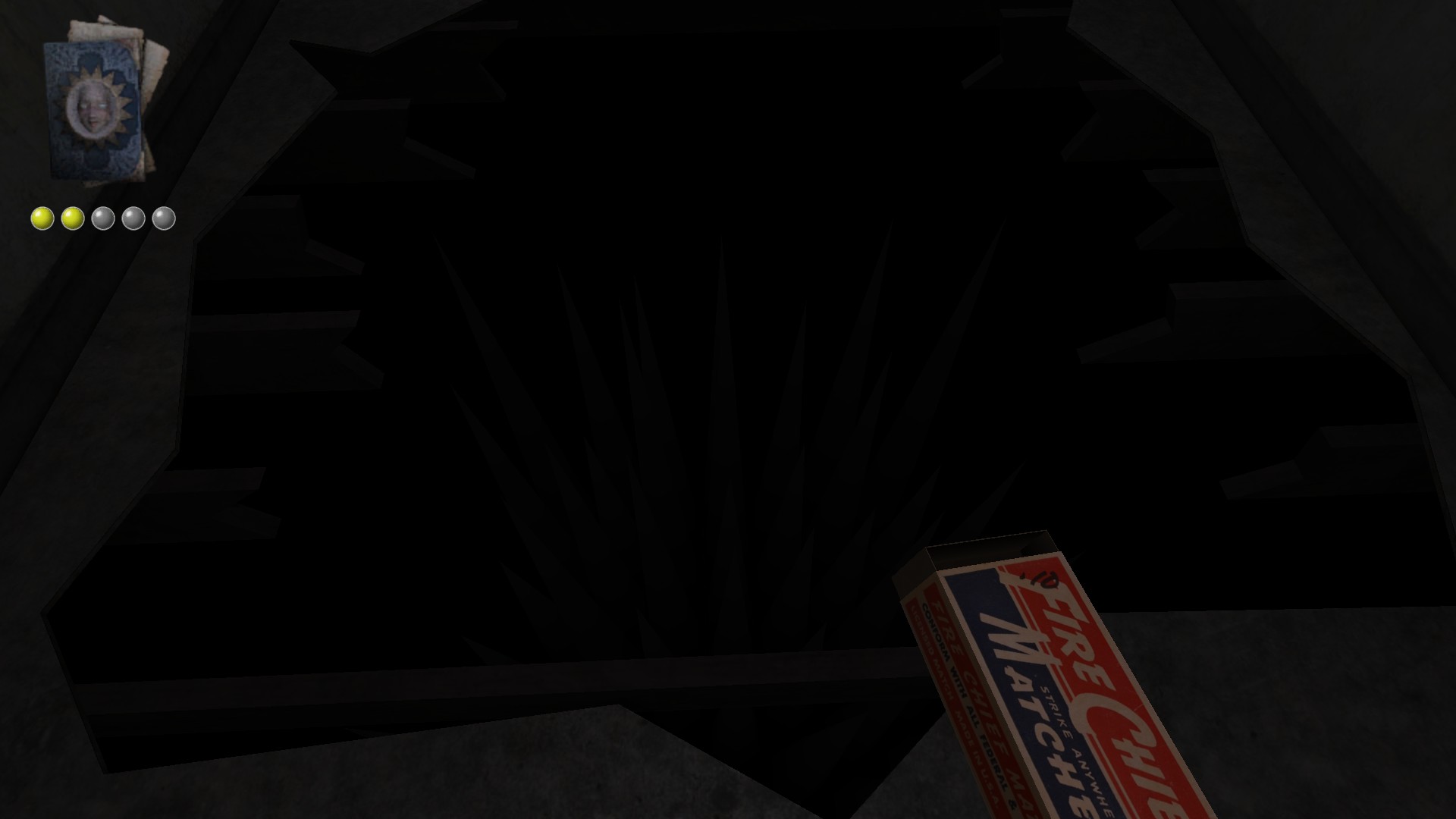 Later, the game adds random spike traps. Because they have those in mental health care facilities.

You can also listen to the story, such as it is, by opening the journal when you’ve collected a page. You can turn off the voiceover if you want, but I left it on for the surprise value when the voice over audio doesn’t match the actual page you picked up. And the voice over artist appears to change at least once. The story is simplistic – daughter is in an asylum, she sees the Hat Man in her dreams, no one believes her except a fellow patient who conveniently has a book on the entire thing. 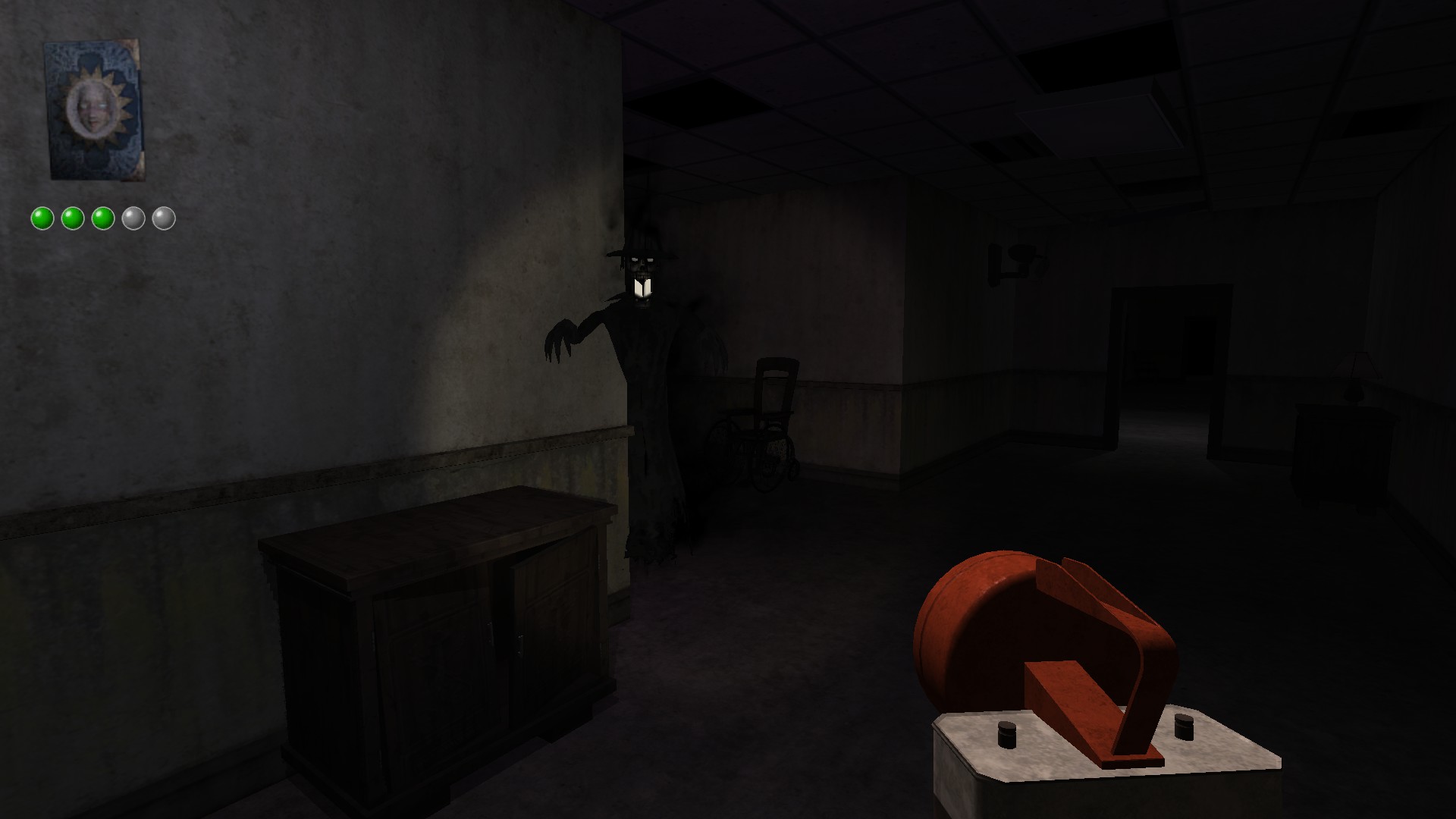 There he is – the Scatman! Wait, Hat Man. Sorry. Ski-ba-bop-ba-dop-bop…

This is also supposed to be “based on a true story.” Maybe I’m just too demanding, but usually I think “based on a true story” usually means the work has a story of its own, drawing inspiration from real-life events. This game doesn’t have a story. It’s less “based on a true story” and more “makes vague reference to an urban legend while you walk around.” The whole pages thing and entity pursuit is lifted wholesale from the Slender Man anyway. The game is set in the Canton insane asylum. Wikipedia tells me there was once a Canton Indian Insane Asylum, and the idea of the “shadow people” apparently comes from Native American myth. That’s not expounded on in the game and I’m not sure if that small amount of detective work provides any additional value. 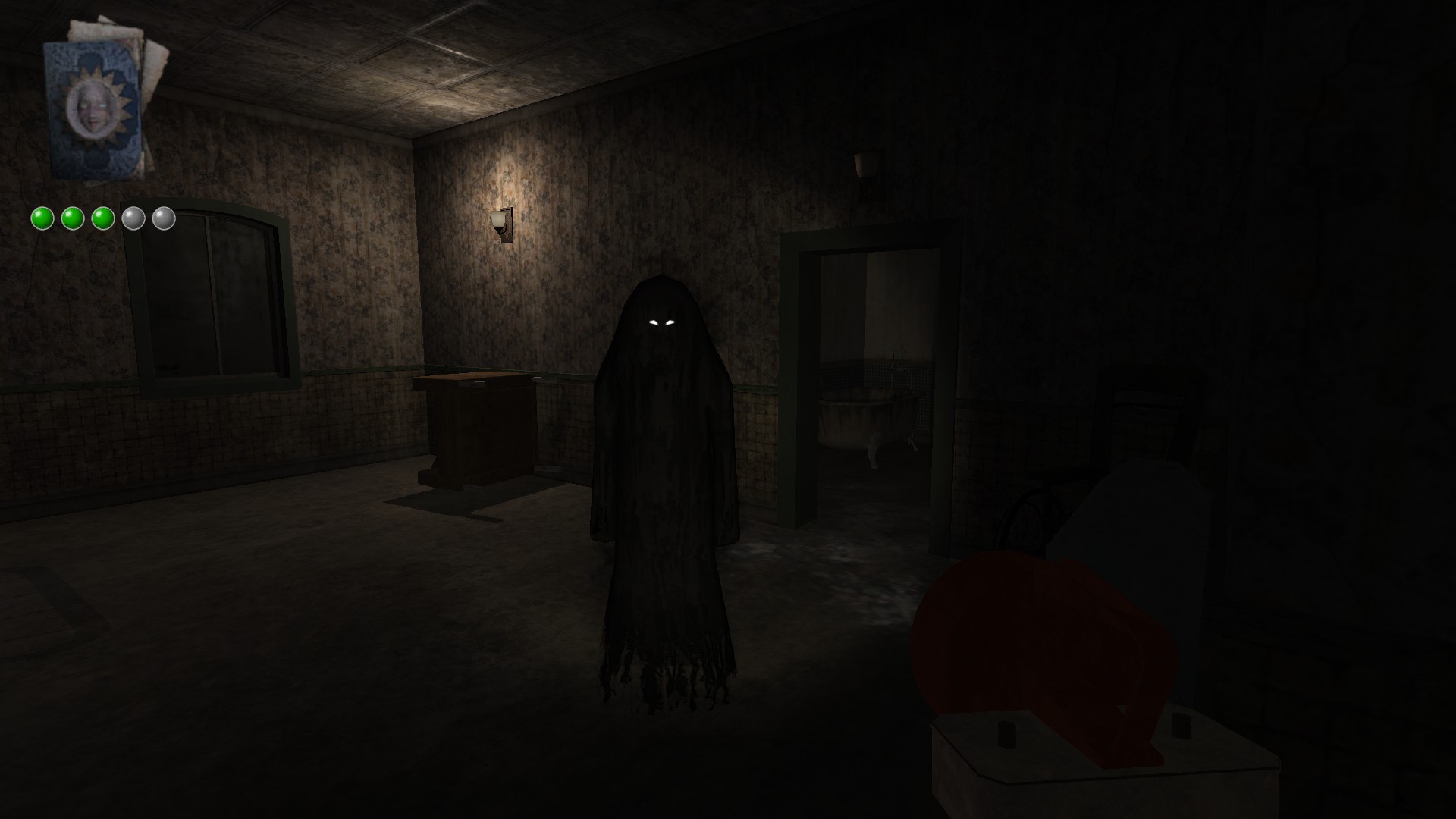 There are other shadow people in the game, who are less scary (if that’s possible). Less ‘Hat Man’ and more ‘shat man.’

There really is very little content and the game reaches for longevity by having almost non-existent save points so every time the Slender….sorry, Hat Man catches you, you’re kicked back to the start. So, no, it’s not the scariest game of 2014. It’s the most boring game of the 15 minutes of your life you’re not getting back before you decide to exit forever.

Check out other Game Reviews