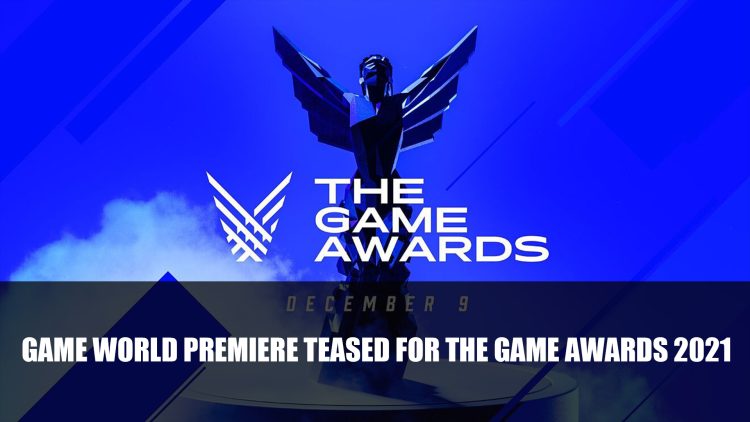 Geoff Keighley teases with a Twitter post announcing a “world premiere” of a game that has spent 2.5 years in development will be unveiled at The Game Awards 2021.

The Game Awards 2021 to Reveal a World Premiere of a Title That’s Been in Development for 2.5 Years

The Game Awards 2021 are slowly creeping around the corner, and per usual fanfare, Geoff Keighley is breaking out the tweets that have got fans guessing what will be revealed. His latest tweet teased a game world premiere that they had been entrusted “with a developer for 2.5 years”.

Just saw the final cut of a #thegameawards world premiere we have been working on with a developer for 2.5 years.

Truly honored we are entrusted to share this work with the world.

Keighley goes on to say in a further tweet that while 2.5 years sounds like a long duration, it’s due to Covid that has caused the travel issues, meaning fewer opportunities to catch up on the progress of development with some more international projects.

2.5 years sounds like a long time, but summer of 2019 was actually my last global tour to visit developers. I always have so much fun visiting studios and hearing about their projects. Hope to do it again in 2022.

There are no hints from the tweets except for the length of development, but “global tour” sounds like somewhere far and part of a major project. One of the possible games could be the sequel to Breath of the Wild as it was first announced two and half years ago and also a highly anticipated sequel. Breath of the Wild was a launch title for the first Switch, and has been an iconic Switch game from the beginning. The last we saw of BOTW 2 (no official name has been given) was at E3 2021 when a new trailer and screenshots were revealed, plus a launch window of 2022.

Although it might not be Breath of Wild 2, as there seem to be no other clues apart from the international travel hint and length of game development. What do you think the big unveil will be? Let us know in the comments below.

You can check out the full list of nominees for The Game Awards 2021 here.

The Game Awards 2021 will be happening on December 9th and will be streamed live on various platforms.