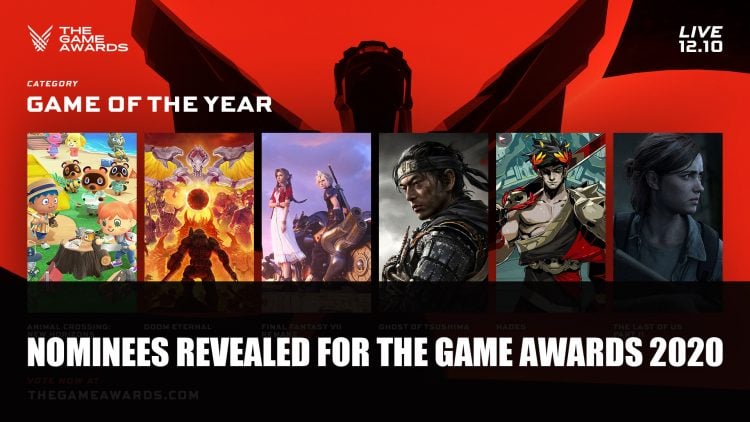 The nominees for this year’s The Games Awards 2020 were revealed which will include contenders the Final Fantasy 7 Remake, Ghost of Tsushima, The Last of Us Part 2 and more.

The nominees are now in for The Game Awards 2020, Game of the Year, which include a number of titles that made it big this year. Host Geoff Keighley shared the list of nominees during a livestream. He also mentioned a few titles that had frequent nominees over categories, this included Falls Guys and Half-Life: Alyx. You can check out the final list of the six nominees below for GOTY:

Here are your six nominees for Game of the Year at #TheGameAwards pic.twitter.com/ikRltsnBrm

It’s an interesting mix of genres, with some not so surprising entries for the GOTY. Recently The Golden Joystick 2020 also shared their nominees, which included pretty much the exact same list here, however far more to vote for, for their Ultimate Game of the Year. 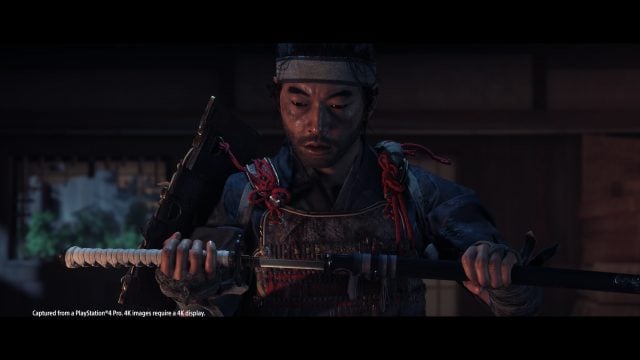 Ghost of Tsushima is one of the nominees for the Game of the Year Award 2020. Is it your GOTY?

The votes are now open for a number of categories for The Games Award 2020, which includes Best Game Direction, Best Narrative, Best Art Direction, Best Score and Music, Best Audio Design, Best Performance, Games of Impact, Best Ongoing, Best Indie, Best Role Playing, Best Action and more. You can visit The Game Awards website to cast your vote and see the full list of nominees for each category.

Who do you think should win the Game of the Year Award? What about Best Role Playing Game? We’re interested to hear your thoughts!

The Game Awards 2020 will be live streamed on December 10th 2020 in 4K from studio locations in LA, Tokyo and London. You catch the livestream at 3:30 PM PT via Youtube, Twitch, Twitter, Facebook Live, Steam plus more.

For more news be sure to read next Embracer Group Acquires 12 Gaming Studios Including Phoenix Point Developer and Cyberpunk 2077 First Xbox Series X And Xbox One X Gameplay Previewed.

One comment on “The Game Awards 2020 Nominees Revealed Includes FFVII Remake, Ghost of Tsushima and More”