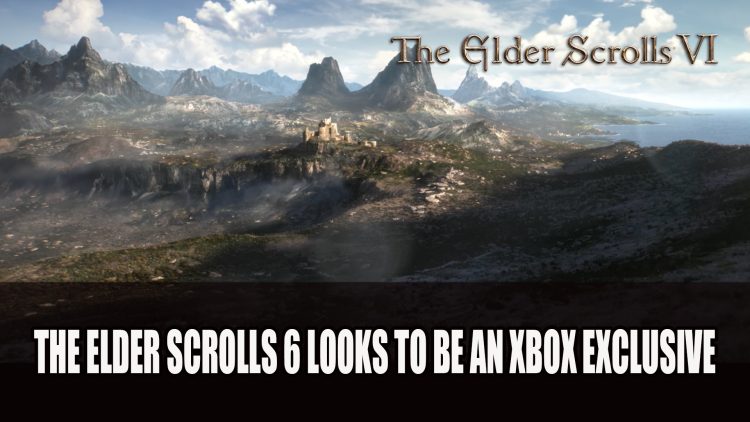 The Elder Scrolls VI is looking to be an Xbox console exclusive as Phil Spencer comments on exclusivity.

The Elder Scrolls 6 Looks to be An Xbox Exclusive

Ever since Microsoft acquired The Elder Scrolls studio Bethesda, rumours of a possible exclusivity deal for Xbox consoles has been in the wind. In an interview with GQ this month, Xbox head Phil Spencer has pretty much confirmed this. The interview covered a number of topics including Starfield’s already confirmed Xbox and PC exclusive, “Spencer says he sees the same goes for The Elder Scrolls VI”.

The full complete package that he talks about in the article seems to be what Microsoft offers to gamers including Xbox Live Game Pass, Cloud Gaming and other Xbox features that are all part of the Xbox system, which might not be available if released on another platform.

While it isn’t too surprising to hear that Elder Scrolls 6 is going in the direction of an Xbox console exclusive, that’s only one of the few details we know so far. The Elder Scrolls 6 has yet to see anything further than a teaser trailer that was first revealed at E3 2018. Bethesda is currently developing Starfield which sets to release on November 11th 2022. But previously Bethesda Game Studios president Pete Hines explained last year that it would be some time before we get to see more of ES6.