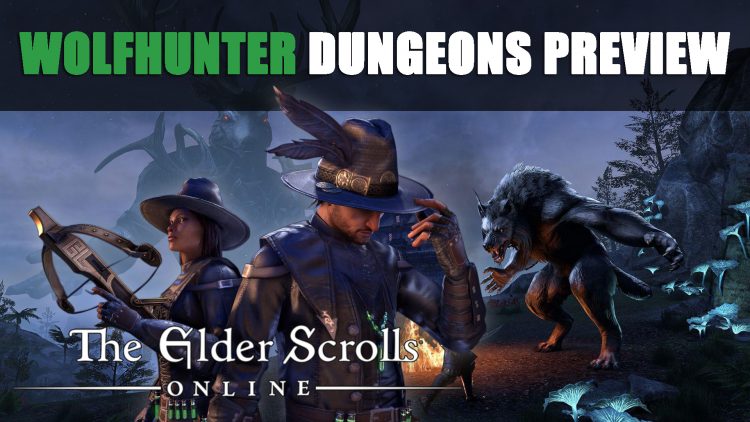 It was at Bethesda E3 2018 press conference when they announced the upcoming DLCs for Elder Scrolls Online. We now get more information on two new dungeons that will be coming to the DLC Wolfhunter. The exact release for the DLC has not been revealed but will be released sometime later this year.

In a recent livestream, Bethesda shared the first look at the MMORPG Elder Scrolls Online: Wolfhunter DLC dungeons. The two dungeons are Moon Hunter Keep and March of the Sacrifices. In their livestream they revealed some of the creatures, challenges and rewards that players will face in this upcoming DLC. Each dungeon can be completed in Normal, Veteran and Veteran Hard Mode. just by entering the two dungeons players will receive the Werewolf Hunter Hat which is only available with the DLC. 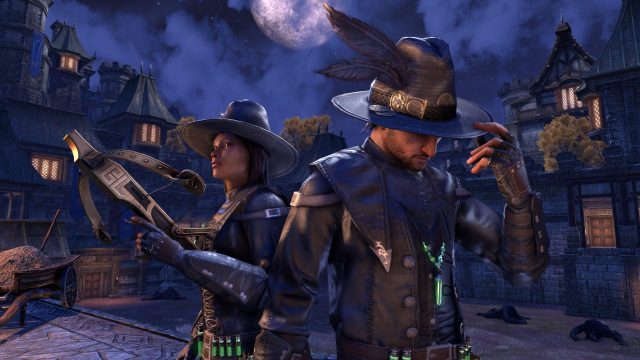 The first dungeon shown is Moon Hunter Keep which is set in Reaper’s March. Previously run by a group of werewolf hunters called the Order of the Silver Dawn. The keep is now swarmed with the creatures that the Silver Dawn were trying to to rid and it is up to the players in this dungeon to defeat the Moon Hunter pack to take it back. 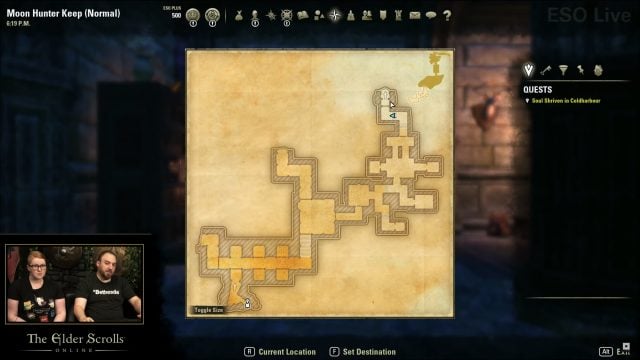 The developers also share the rewards for the dungeon which include a unique werewolf skin that can be equipped even if you’re not a werewolf. 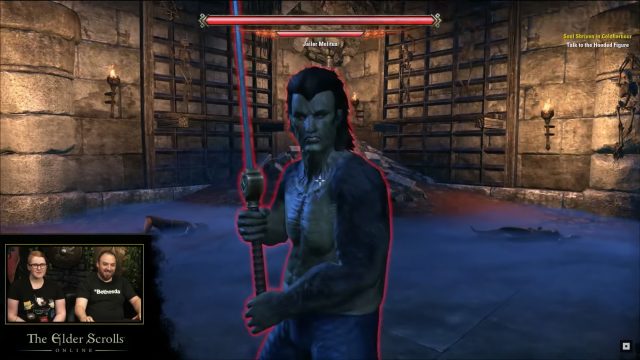 Wolfhunter Dungeon will reward players with a werewolf skin

The dungeon has a host of creatures including imps and Wildbriar Bears which can be seen skulking around the Maze Garden. But don’t worry, the maze has a direct path through it so you and your party won’t get lost while being mauled by these creatures. 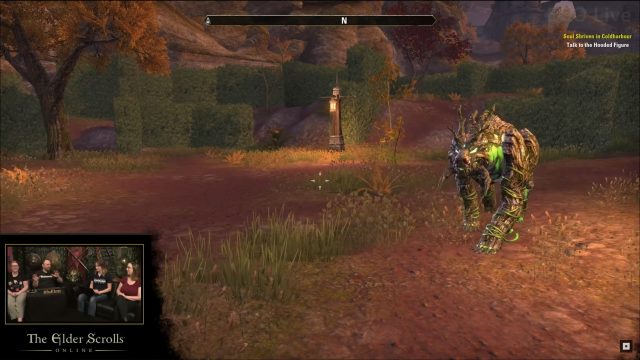 But it’s not only the werewolf skin or the hunter hat that players can obtain, a new heavy armor set were also shown which will be dropped from these dungeons. 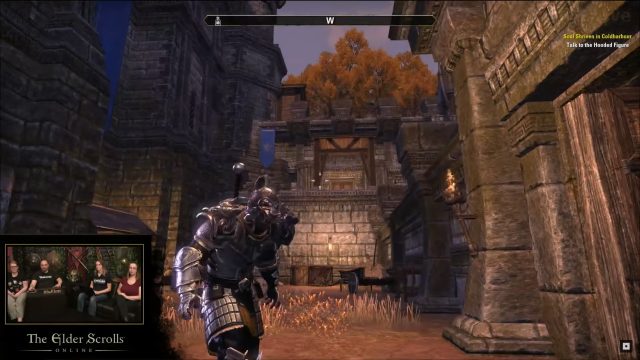 The dungeons will also give players further challenge with the giant beasts that stalk the grounds, the Hulking Werewolf. While dungeon mechanics were not shown, this beast looks massive and could deal a good chunk of damage. 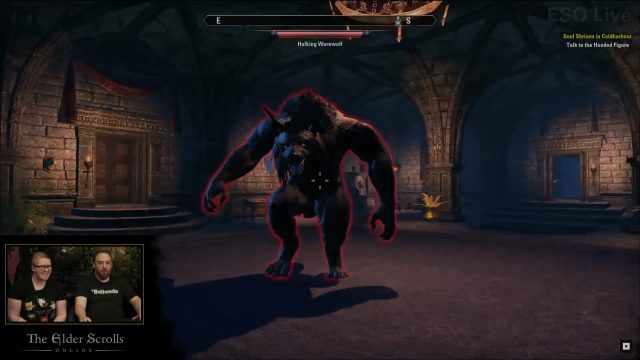 The second dungeon shown is March of Sacrifices, which is set in Daedric plain of Hircine, the Hunting Grounds. To locate the entrance players will need to travel to Greenshade, then enter a green pool at the foot of the statue of Hircine. 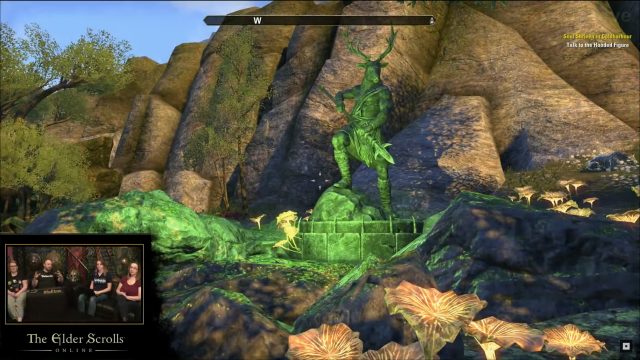 The dungeon takes places outside at dusk and it inhabited by spirit animals. This dungeon will take you to Daedric prince’s realm for the Great Hunt which involves tracking down the chosen target known as “The Hare”. The creature that you will hunt will depend on the type of hunt which means there will be different “Hares” to track down. Only those who obtain the heart of the creature will receive a boon from Hircine. 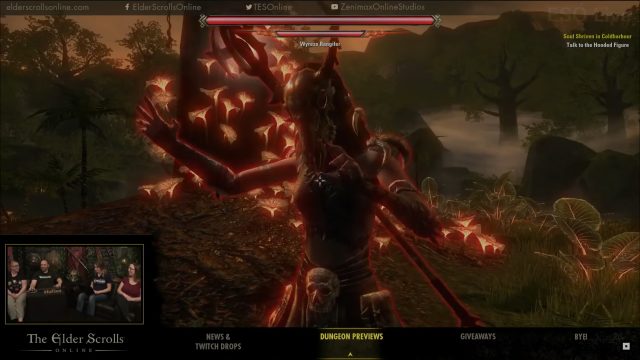 Player will encounter Wyress Rangifer in this dungeon

Part of the hunt will involve tracking the Indrik which can turn invisible, using the wisp gifted by Hanu’s father, it will help will lead you through the dungeon and track the Indrik. Players will need to track it in stealth mode in order for it reveal itself, stamina will reduce as you track the beast but will regenerate as you use the Indrik Hunt spots. 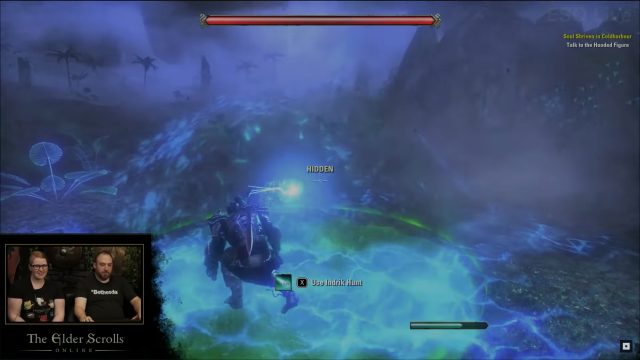 Once the Indrik is found the player must gain it’s heart in order to complete the dungeon. In the livestream the dev team shared the Tarcyr Indrik which is in deer form. 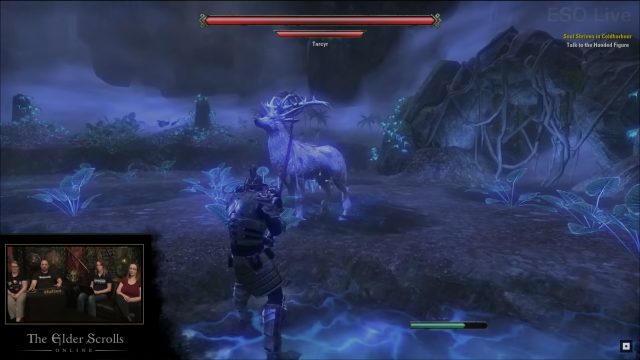 A majestic deer called Tarcyr will be found in a hunt

While Bethesda did not share the in-depth mechanics of the fights that players will face, we did get to see the layout of the dungeons and well as some of the tasks they’ll be faced with. The two new dungeons will be going live on the Public Test Servers next week if you’re eager to check out the new challenge. Bethesda will announce the exact time later.

Elder Scrolls Online: Summerset the latest expansion is currently available to play on PS4, Xbox One and PC. The Wolfhunter DLC will be releasing later this year on all platforms with update 19 which will be a free base-game update for all players. Those who have the ESO Plus subscription will have free access to all DLCs as well as the upcoming Wolfhunter DLC.

If you enjoyed this article be sure to check out more Bethesda news in Upcoming DLCs For Elder Scrolls Online: Murkmire And Wolfhunter, Bethesda Confirms Starfield To Be A Single Player RPG and Fallout 76 Will Not Have Crossplay As Sony Once Again Shows Reluctance. You can also check out some of ESO guides to help tackle your Summerset adventure.