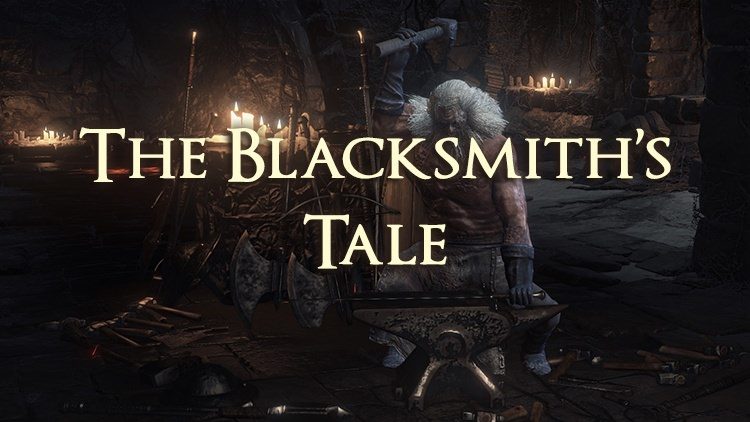 Recently, I visited the FextraLife Dark Souls 3 Wiki to see how many more Titanite Slabs I could expect in my current run of the game. It struck me…”hey, this thing is legible.” Compared to almost all other writing through the franchise’s games this was something miraculous. Compared to the scant writing that contains legible characters (like summoning signs) this one contained runic symbols I could recognize. Even better!

So it was that I set out to translate the damn thing.  For the full process (methodology, thought processes and assistance I received) please visit this thread.  What follows below will be but a brief synopsis of the entire project.

To understand the final translation, we must first have a quick (long) chat on runes.  There are three ways to “use” runes. Initially, I only considered the first two. While I was aware of the third, it took a little help to get me there. Don’t worry, I’ll give due credit at the right time.

The first two major uses of runes is for writing.  However, their approach differs drastically.

Runes are intended to work much like an alphabet. And yes, the runic “alphabet” is often easily thought of as a parallel for others. In other words, I can spell my name in runes and it’d be perfectly legitimate. One disclaimer though.  It’s an alphabet solely based on phonetics.  What this means is that, compared to English and all our exceptions to rules, runes act more like units of sound (phonemes) than “letters.”  So if I were to write “Dark Souls” in runes this means I’d drop the rune for “u” as it’s not necessary.  Essentially, “Sols” is pronounced the same as “Souls.”  I’ll cut to the chase here. Using the runes on the slab in this way seems to lead to nonsense.  While it’s a legitimate use for runes, it’s likely a dead end in this specific case. 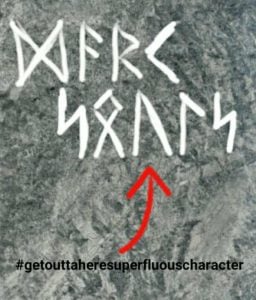 The second major use for runes is to represent concepts or ideas or objects.  In this case they’re a complete thought rather than a unit of sound.  So the rune “Sowilo” (later “sol”) represents the same phoneme as the letter “S.”  But it also means “sun.” By putting together runes, one could create something coherent. For example, if you were cold you could use “naudiz” followed by “sowilo” to express the runes for “need” followed by “sun.”  Because using runes as “letters” led to gibberish, I directed my search down this path.  This seemed to have better success, but a few runes I couldn’t identify to my satisfaction and created a major roadblock.

Before we get to the third use, which drastically shortened the project for me (kudos coming soon), we need to discuss the evolution of runes.  I won’t go into too many details, but overall there are three major periods or ages. Some runes (Isaz for instance) remained completely stable.  The drawing, phoneme/letter it represents and concept (“ice”) all remained the same through the ages.  Others changed how they were drawn (sowilo) but continued to mean the same thing, with the same letter association.  A few changed meanings (kaunan) over the years. Some even changed what sound they represented. 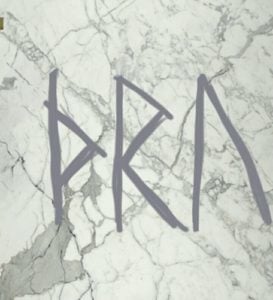 Graffiti insulting a major deity, circa 2016

Why is this a problem to translation?  Well, sometimes a rune that is drawn one way might mean something different dependent on age.  In short, unless you know the age the writing came from, a couple runes can create big problems.

Complicating things further was the fact that a few symbols on the slab appeared to be something unrecognizable, or it was a runic symbol but not written “correctly.” Then community member dn1nd came in and reminded me of the third use and pointed something out I was unaware of with runes.

The third use of runes is for divination and fortunetelling.  Similar to tarot cards, one or more runes are selected randomly and their symbols are used to answer a question, predict the future or just provide general guidance. Dn1nd pointed out that one rune in particular (first one on the second line) appeared to be a known rune but upside down.  He was right.  This rune gave me MAJOR troubles prior to that. However, I had never heard of runes being used in an “inverted” position.  Which is kinda sad, since I am well aware of it for tarot cards.  Facepalm. For runes, it’s noted that an inverted rune typically means the opposite or a contrasting concept than if it were right side up. Anyway, with this tidbit in hand I went back to work aaaaaaand… 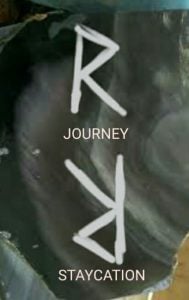 If actually casting runes, the bottom symbol shows a correct “inversion.” The slab in game is upside down or flipped rather than rotated.

Every rune save one (due to possible stray markings or “errors”) was now recognizable.  Also of importance, using the inversion rule that the one rune applied, all but one rune was now able to be attributed to a single age. And the one exception to this is a rune that changed meaning over time.  This single rune is the only one that necessarily comes from the elder age.  It changed from meaning “torch” to “ulcer” or “disease.”  It would make sense then that this rune used the elder form because they just didn’t want to say “ulcer.”

Now, before the big “reveal” I have some disclaimers.  Firstly, there is one rune minimally that has a decent degree of uncertainty (last rune, first line).  Secondly, while the trends of “flipped runes” and prioritizing the younger age made each rune make sense, several have other possible interpretations.  I did my very best to logically pick the most likely rune at each position and assign it a corresponding meaning.  Thirdly (and most importantly), as this is based off of divination principles, it is HIGHLY open to personal bias and interpretation. For example, what’s the opposite of the “Tiwaz” rune?  It depends.  This rune is the symbol for the god Tyr and can literally mean “The God Tyr.” However, Tyr represents bravery, wisdom and has associations with triumph.  He is associated with battle and strength as well.  This makes his opposite (inverted rune) cowardice, ignorance, defeat and perhaps weakness.  All from one symbol. 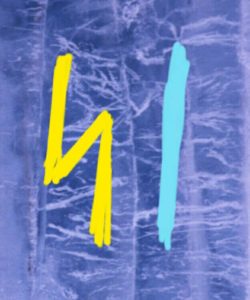 Mortal enemies! Note that inverting runes creates a contrasting meaning. Neither of these runes CAN be inverted, which might explain their contrary nature to each other

I went into this project (logically) assuming it would be related to the games’ story which certainly comes out in my translation.  Anything in parentheses is the in game stuff that attaches to the story.  It should be noted as well that I use the term “ice” or “cold” from the isaz rune.  Most information I can find points to isaz and sol/sowilo as being “opposite.”  As noted above, “sol” is the rune for “sun.”  This is significant for this game as “sun” is associated with the first flame, Gwyn and the gods. Therefore, the opposite rune would similarly expand with game lore to mean “fading” or “loss” of fire, etc.  Basically, when I was in doubt, I picked a meaning I knew made sense from the game. 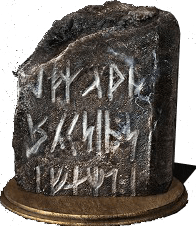 Line 1:
The meek sought God/the divine in the trees (archtrees). Yggdrasil, the tree of life (still archtrees) bestowed the gifts of plenty, joy and health.

Line 2:
They remained and hardship set in. They found a spark (Lord Souls in the first flame) which turned into a Sun, driving away the cold/ice.  Terrible trouble came (conflict with dragons).  The Sun (Gwyn and his allies/army) ended this conflict.

Line 3:
This age (gods in Anor Londo) continued and began an era of wealth and plenty. Man will (or has begun to) ascend.  Cold/ice will return.

What do you think about the runic translation of this cryptic stone? Breakthrough? Revelation? Let’s have a discussion in the comments!

34 comments on “The Blacksmith’s Tale: Deciphering Runes in Dark Souls 3”