A traditional Dungeon Crawler with a modern twist, the Bard’s Tale 4: Barrows Deep can challenge both new and old players with its intricate systems. This Beginner’s Guide aims to help newcomers to the game/series, and veteran players alike in how to get started with Bard’s Tale IV.

This guide covers a variety of aspects, from Character Creation, Exploration to Combat. Do not be fooled by the apparent simplicity of the game’s premise, as rich and complex mechanics await just below the surface, and can overwhelm even the most dedicated players. 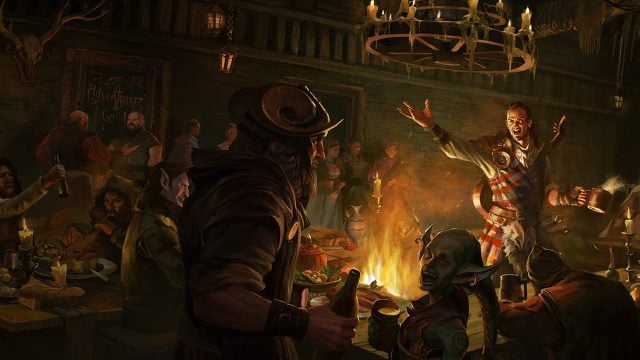 As is the case in most RPGs, players can pick a pre-made character, or have a hand at creating their own. In this section we give you tips on Character Creation for both your character, as well as mercenaries that can be recruited at the Adventurer’s Guild.

The game has 4 Classes and 7 Cultures (Races) which can be mixed at will, however you can optimize your choices for maximum performance, so consider what type of character you want to play before making these selections. The Baed Human’s bonus of additional Skill Points is simply amazing for any build, so it needs no mention below.

All Classes have a wide variety of Skills that determine their Role. Practitioners and Rogues are DPS only, Fighters are Tanks or DPS, and Bards are primarily debuffers and buffers that can play DPS or Tank roles. Below is a list of recommended Classes and Roles for each Race:

A Good Trio of Classes:

Bards gain Spell Points by drinking, so they should be made into Crafters to fully benefit from this mechanic. Crafting many different drinks with a Bard allows him/her to sustain their Spell Points without issues. If you have a Practitioner in your party it is recommended to have the Feathered Charm Skill since it can move enemies and allies from Hex to Hex and that can help a lot with targeting. Having a Rogue in your party with proficiency in Lockpicks can bring you much more loot and open some new paths, so save a spot for this Class. 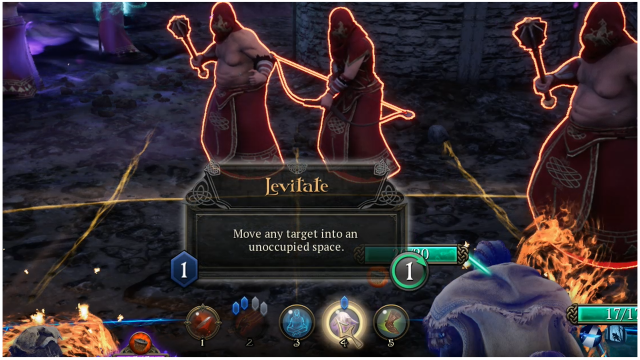 Character Skills are the primary factor that determine what role each character can perform, and their capabilities for performance will be based off their Attributes. Attributes are increased through gear and and passive Skills.

There are many Skills for each Class, and these are the most important factor in how well you will perform. Diversify your party as much as possible to obtain a variety of well-balanced skills and roles. The most important thing is to pay attention to what Hex can be targeted with each different skill, as positioning makes the difference between a victory or a defeat. 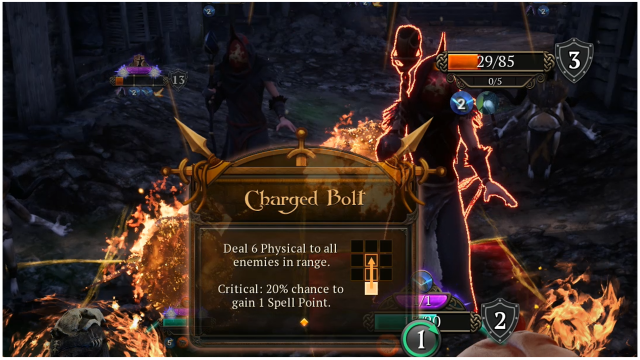 If your party is made up of mostly column-target Skills, for example, you will have to do a lot of moving around just to get characters in proper position. This will cost Opportunity (Action Points) and thus waste a lot of your potential. Having 2 DPS characters with an array of targeting variety will pay dividends in saving Opportunities and allowing your party to perform more actions. Keep this in mind when building your party.

Mastering a Skill means you can use that Skill without the Weapon that it is usually linked to. Using a skill during battle leads to mastering it, so if you like something: use it! After the requirement has been met, the skill becomes available for use with any weapon of your choice. For example, Loose Arrow is a Bow only skill, but after repeated use you will attain Loose Arrow Mastery. Once this is unlocked, Loose Arrow becomes a Skill you can use with any Weapon equipped as long as it is slotted in the Mastery Book. . 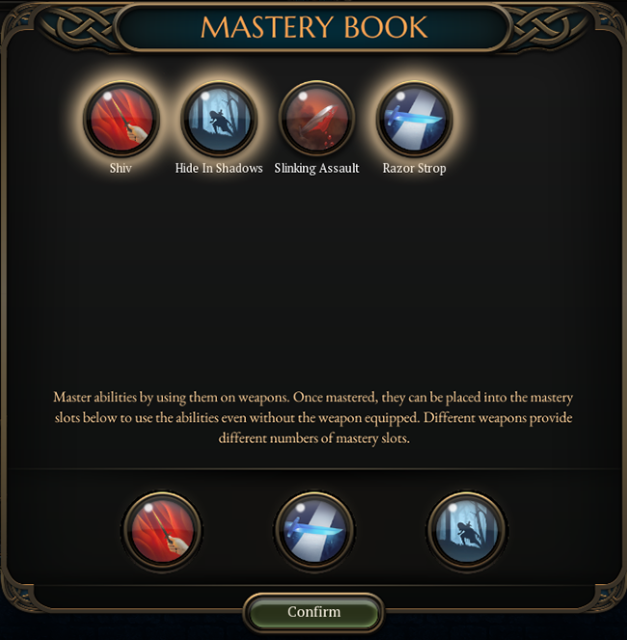 Exploring the world of Bard’s Tale 4 requires patience and a keen eye. It all seems like a giant maze with puzzles, riddles and a lot of hidden chests and paths. To start off, you should do your best to not waste time trying to find the answer for every suspicious thing you encounter. The Game will slowly introduce the mechanics and grant Exploration Songs that will help you solve these problems as you progress.

Songs are gained through Story progression and are an important component while making your way through the game. When you enter a new area, take it slow and consult your Map often, as it can show hidden passages. Paying attention to the Map when you are standing near a suspicious wall will alert you if there is something behind it. Opening these hidden paths can be done in one of 3 ways:

Songs are crucial part of the game

Hidey-Bide is a very useful Song that reveals hidden Trow Stashes. Find Trow Graffiti and use the Song to reveal a hidden stash. If you see a suspicious rock on the ground it usually means there is Trow Graffiti around there somewhere so keep your eyes open for it. The suspicious rock will turn into a hidden stash upon using the Song on the Graffiti. These Stashes and Graffitis are everywhere and can help a lot in gearing out your party members or to gain you funds from selling off your findings.

Dwarven Cogs door mechanisms can be difficult to solve at times. To unlock doors with these contraptions you need to make every Cog with a Gold Inscription spin. There are no easy one-solves-all tips for the puzzles, so focus your efforts on figuring out how you can make the gold-inscribed ones spin and you will eventually get it. 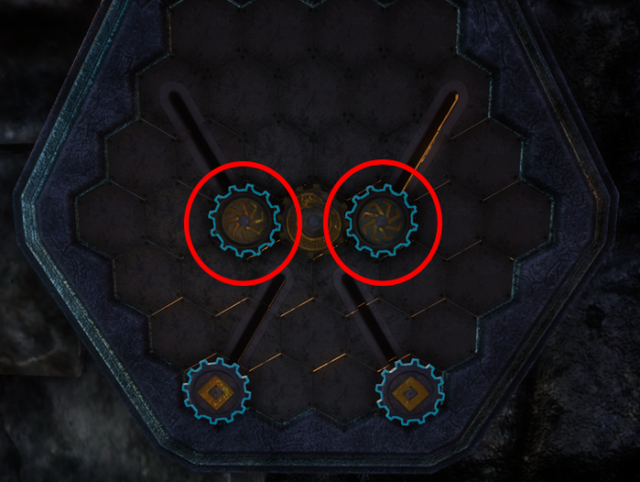 During your adventure you will encounter plenty of Stones that replenish Health and offer 2 options, to Bind or Consume. Binding means Saving Game and Consuming means using the Stone to get Experience Points. These stones can only be used once, so the key is to find the perfect balance. My recommendation would be, for most of the game, use every other Stone for bonus experience. It mostly depends on the location you are in because some locations offer Special Save Stones that can only be used to save the game and have infinite uses.

For example, near and in the Adventuring Guild are Special Save Stones and no matter where you go in Skara Brae. It’s only a short distance to go back and save the game, so it would be wise to use all other Save Stones in Skara Brae for bonus experience. 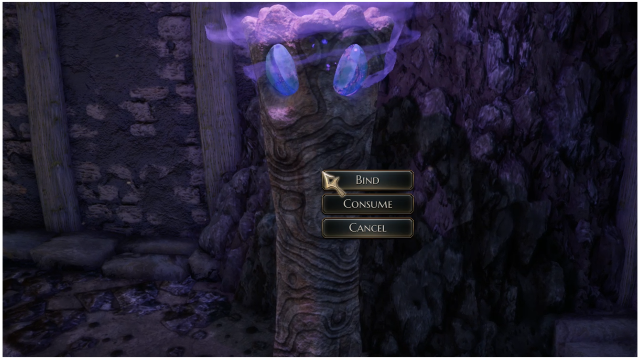 Combat in Bard’s Tale 4 is hex/turn-based. Combat may seem simplistic at the start of the game, but you will find it becomes much more convoluted as you progress further and start unlocking new skills and items. The most crucial aspect is to position your party properly. All attacking Skills have limits on what “hexes” they can target, so making your party as diverse as possible regarding what position you can attack is very important. Practitioners and Rogues are generally better at back row but Rogues can always use Hide in Shadows to avoid being attacked so you can have them in the front row without any problems. Fighters and Bards are primarily front row characters since they have high base Constitution. 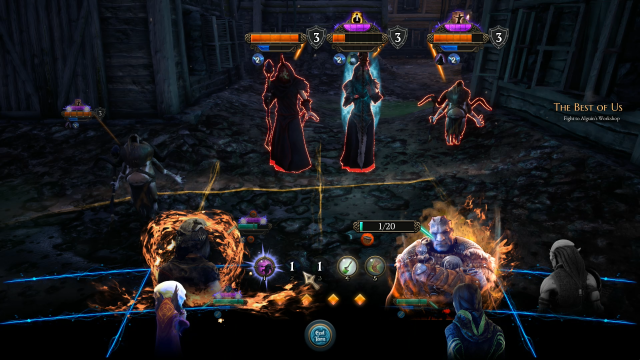 Party composition can be as you see fit, however. You can play with just 2-3 party members only, or you can have a full group, everything can work as long as you make your front-liners “tanky” by using heavier armor that gives more Constitution. I would highly suggest having a Rogue in the party mainly because of the Hide in Shadows ability, as it can help a lot when used before initiating combat to reduce enemy’s line of sight. This way you can ambush opponents easily by charging from Stealth, giving you First Strike which can be extremely important at times. 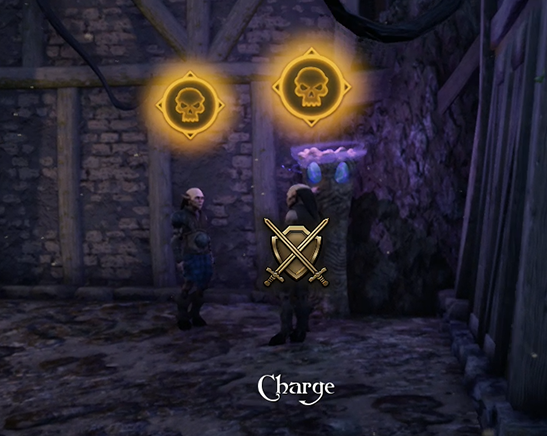 On Hard Mode, choosing which party member you finish an opponent with is an important factor in maximizing combat efficiency. To make this decision, pay attention to passives and read carefully what they say. Finishing an opponent with any Trow character restores one Opportunity (Action Point) once per round. So having Trow DPS role in your party is a huge benefit since they can do enough damage to take down an enemy while also giving you another Opportunity.

Bards need to drink to restore Spell Points but need to be careful about drinking too much booze because they can get drunk, meaning they will have double the strength for the remainder of the round but at the end of the round they will be stunned, cancelling any channeled Skill and skipping their next turn. To counter this you can get the Victory Shot passive from the Crafter Skill Line that gives a 20% chance to restore one Spell Point upon killing an opponent, which helps in sustaining Spell Points. 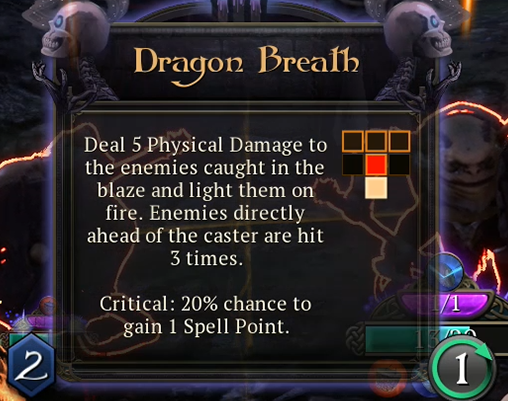 Some abilities like Dragon Breath use Spell Points instead of Opportunity. 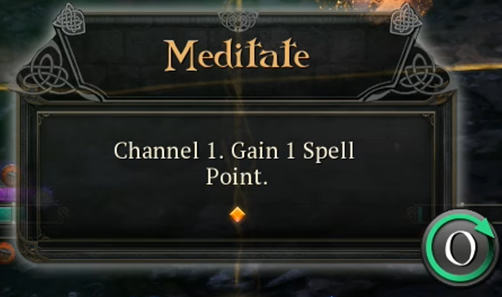 Meditate on the other hand uses Opportunity which is indicated by small Gold Diamond icon beneath ability description.

Some Skills do not use Opportunity. Checking Skill’s tooltips will give you all the information you need, from Opportunity cost to cooldown. Practitioners and Bards can use abilities that only use Spell Points but not Opportunity. Also some useful abilities like Hide in Shadows and Feathered Charm do not cost any Opportunity.

If you spend all Opportunities in a round that does not mean your turn is over. Check characters for more abilities that do not require Opportunity and use them to your advantage because you can be sure enemies will do so. If you find combat to be too easy or too difficult you can change difficulty at any time in Gameplay Options.

The Bard’s Tale 4 can be unforgiving at times. During exploration keep your eyes open for graffiti, chests, hidden switches, breakable walls and traps. Playing this game fast can be suicidal if you do not know what lies ahead, so take your time and go slow. 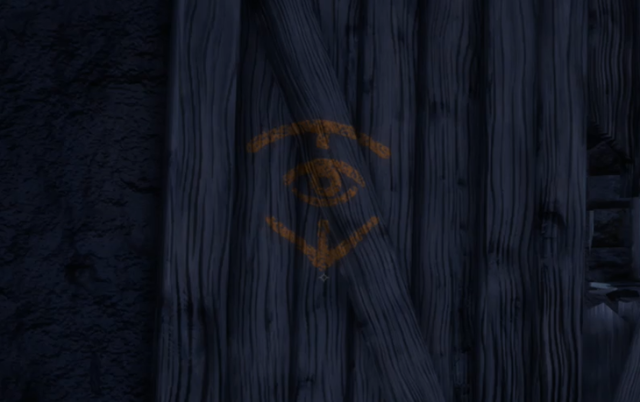 Hidden Stashes are everywhere so keep your eyes open for Graffiti

Start battle by ambushing an opponent with the Hide in Shadows skill. Use Potions and Items and do not forget to consume Food after battle to replenish Health Points. Crafted Food is always better then normal Food you find (Meat, Cabbage). With the Bard’s Crafting Passive, Wine Pairing, Food effectiveness doubles, making it especially useful skill to have.

In combat pay attention to Skills. Having a plan is always better than just “winging it”. Knowing which Skills use Opportunity and which do not, what character is best to finish an enemy with, and where each character should be positioned can lead to easy encounters that would otherwise be quite a challenge.

The Bards Tale 4 is a world full of puzzles, traps, hidden treasures and tough fights. Being patient and taking your time is very rewarding, especially in new areas because you might miss a lot of things that can make the game easier. This article is a great way to get started, but it is up to you to better yourself and enjoy discovering the Bard’s Tale 4’s secrets.