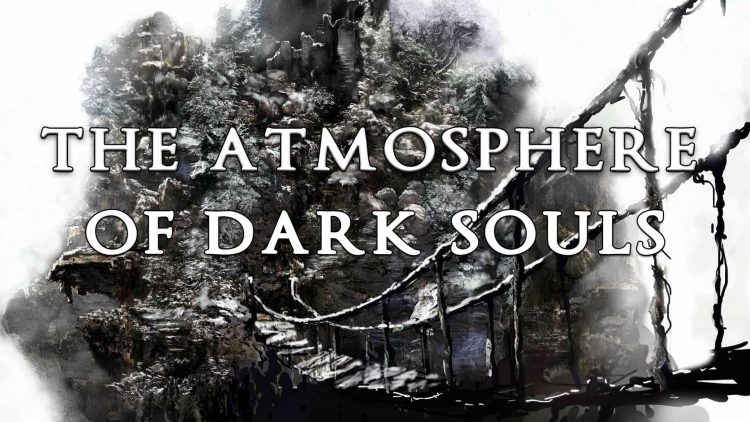 The world of Lordran is a beautiful and dangerous place, and from a game design perspective a visual masterpiece.  A contiguous world where all things at once are connected, and there are no immersion breaking instances.  Let’s take a look at some of the most evocative areas, in no particular order

The Atmosphere of Dark Souls 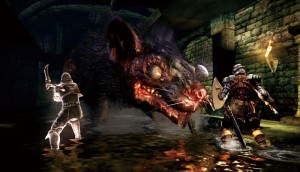 Underrated by many, and in many playthroughs completely skipped over, the depths are a cramped interconnected sewer system that connects to several other areas in the game.  Truly the undercurrent of the world, the Depths are also a brilliant exercise in devious level design.  Traps and falls, chutes and tight corners with an ominous feel and meticulously placed enemies which heighten the sense of impingement.  It’s sludgy, confusing and just a little jerky.  Mastery of its navigation is a well earned notch on one’s belt, which sounds just like the epitome of a Souls game.

The Painted World of Ariamis 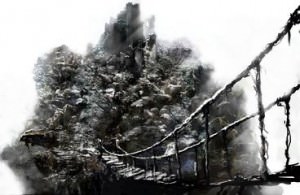 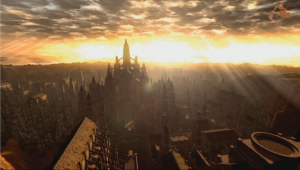 Majestic spires overhead.  Barren and hollow on the ground.  This location captivates upon first entry and isolates upon further exploration and is the perfect study piece for what happens when we are abandoned by what we have put our faith in.  Once the illusion is stripped and the sun is put out, we are left with a twilight that in many ways is more awe inspiring in its honesty.  Precarious ledges, deadly treks over parapets and grand rooms of powerful foes remind the player of his inconsequential existence in a land of titans. 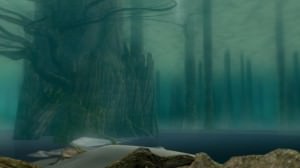 The background Tibetan monk like chanting is embedded in the minds of all who have set foot on Ash Lake’s sandy shores.  Still, silent and reverent, this hidden area pulses with ancient history.  Something monumental took place here and this lakeside retreat is an ageless museum with precious few clues.  The bases of the arch trees show the player just how artificial a world humanity and its gods have built.  It begs the question of the player, “What are you really fighting for?” 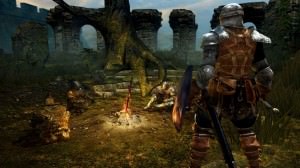 That song.  Lush and enveloping, it invites the player to rest from the weary burden of a hollowed, hellish nightmare world.  It is a verdant ruin that still serves as sanctuary to the wandering souls of Lordran.  Set aloft in a gigantic arch tree, it offers stunning vistas of other distant areas in the game.  It is sacred ground and one of the few (relatively) safe havens in the game.

Kiln of the First Flame

A worthy final approach, as the player comes full circle to face his or her destiny, descending past the ghosts of fallen warriors.  Covered in voluminous layers of soot, this place is a shade of what it once was, but the grandeur still exists.  Greek inspired architecture and toppled columns show this as a place of the gods, erected to both keep safe and revere the flame of life.  To earn the right to challenge the fallen Gwyn, one must methodically make it past a successive gauntlet of faithful black knights, who followed their lord into the fire.  The sense of accomplishment here is palpable.  The player who made it this far has gone through hell, slaying everything from rats to trees to gods and here is where it all culminates.

Have your own special areas?  Sound off in the comments section! And check out more gamer articles here!

6 comments on “The Atmosphere of Dark Souls”