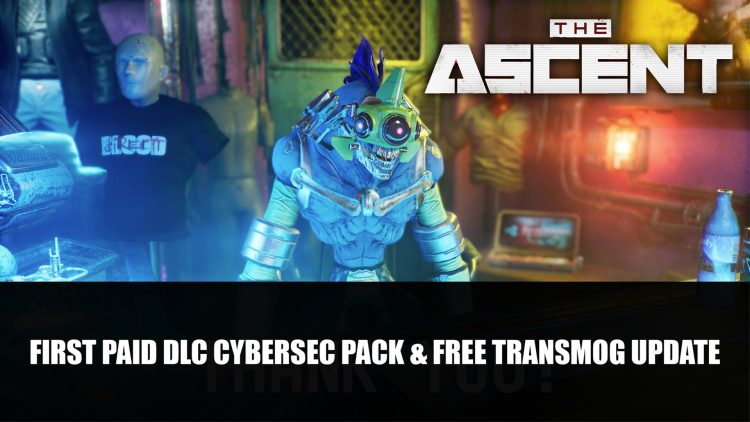 The Ascent has now got its first paid DLC called the CyberSec Pack plus an update adds free new transmog options.

The Ascent has now received its first paid DLC which is a CyberSec Pack that adds two new Weapons the NET MGL grenade launcher and RECOIL burst rifles, a new tactical called THE GR00P CLUSTER GRENADE, four new pieces of armor and four new animated weapon skins, all available for $4.99.

The CyberSec Pack, is available now!

Also available is a new free update that introduces a new transmog feature, meaning Indents can now change their look to match the visual Armor style of any gear currently in their inventory. All you need to do is visit the Stylist and pay a small amount to gain some cool new options when it comes to style. You can find the Stylist in each safe-zone in Cluster 13, The Node and Arcology Highstreet.

According to the post-launch roadmap, The Ascent will be getting one more update by the end of the year, with another free update and paid DLC pack out in 2022.

In case you missed it, the Action-RPG title The Ascent made our Top 5 Upcoming RPGs Of July 2021. Offering both solo and co-op Action, the cyberpunk game by Neon Giant brings classic RPG mechanics, allowing players to build their own characters. Dive into a world full of verticality, as you explore a giant skyscraper while freely roaming the rundown world. The combat is described as fast-paced with plenty of enemies to blast away.

You can check out the notes for Patch #5 below which comes with gameplay fixes, stability improvements, photo mode, visual and audio fixes as well as more:

Patch #5 is now live on all platforms and addresses the below: